MAPS.ME – one of the coolest mapping apps out there announced that I has been acquired by Mail.Ru Group – one of the largest Russian internet companies – owner of Mail.Ru and My.com. MapsWithMe is on OpenStreetMap-based app for iOS, Android that allows for saving and viewing OSM maps offline. I’ve been using it for a while already especially when I’m abroad and I must say that it’s really designed with a minimal but a perfect sense of usability. 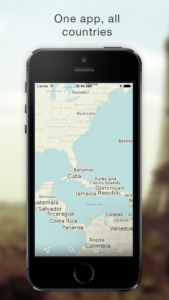 MAPS.Me is a Swiss-Belarusian company founded in 2011 with around 15 employees. On the other hand the Mail.Ru Group is a leading Internet company in  Russian-speaking Internet markets, listed on the London Stock Exchange. Dmitry Grishin Co-Founder and CEO of Mail.Ru Group commented: “Adding the MAPS.ME team to work together on our global expansion was a strategic move. OpenStreetMap has a remarkable idea of crowdsourced maps behind it, and we believe that its role all over the world is going to increase.”

MAPS.ME apps have been downloaded 7M times since the release in 2011. The apps are actively used all over the world including Russia (18% of users), the USA (13%), Germany (7%), Italy (4%) and China (4%). With the experience of MAPS.ME team, Mail.Ru will surely try to compete with Yandex – the biggest Russian internet and mapping company, often described as Russian Google.

Galileo satellite is ‘’moving out’’ to a new orbit

After launching at 22/08/2014 Galileo’s satellites 5 and 6 (or Doresa and Milena as is their given names), as we probably all remember, faced an injection anomaly that caused to both satellites a lot of problems to reach the desired orbit. (Two Galileo Navigation Satellites launched into wrong orbit).

At the beginning, the big problem for the ESA’s operational specialists was to ensure the stability of the satellites and to keep them full operational (with no doubt there are some hundreds of millions of EUR up there that they need to care about). At 27/11 the two satellites were handed over from ESA’s Space Operations Centre, ESOC, in Darmstadt, Germany, to the Galileo Control Centre, Oberpfaffenhofen, which will care for them pending a final decision on their use.

So after a lot of work and plenty of proposals the final decision was taken. The fifth Galileo satellite will make a series of manoeuvres in order to raise its perigee and to reduce the impact of the radiation exposure from Van Allen radiation belts. But the most important effect of those manoeuvres it will be that the satellites will be in a more circular orbit and so to a more useful orbit for the navigation purposes that the satellites made for.

So here is the point that raises the question ‘’So what is the problem is the orbit is elliptical and not circular ?’’.

There are a lot of people that they believe that ESA can publish or let the users know about those anomalies ,through the Navigation message or almanac, and the problem can solved. But this is actually not true and I will explain two of the main reasons.

The first one is that we are talking about a multiplex problem that combine anomalies not only in the eccentricity (really high eccentric orbit e= 0.23 instead of i=0.0001 which is the nominal once) but also in the inclination (i=49.8° instead of 56° which is the reference for Galileo satellites).

The second and most important problem is that with so high eccentric orbits the satellites are not able to be used for Navigation purposes due to the big Doppler effect. The Doppler effect caused by the high eccentricity, is ±9.6 KHz (instead of ±4.2 KHz of the GPS) and the typical receivers are not able to acquire the signal following the search procedure of the cross frequency bins. So ESA, putting the satellites in more circular orbit it will manage to decrease this Doppler effect to ±6.8 KHz which is ‘’acceptable’’ for the typical receivers.

The satellites right now are in 13713 km altitude so in comparison with the 23222 km that it was scheduled there is a huge gap. The big problem is that the remaining fuel is enough to lift up the satellites only 4000 km, so the maneuvers that decided with bring them to a final altitude of 17339 km. In that way the revolution period of the satellite it will be 20 days (instead of 10 days which is the nominal repeat pattern). All those maneuvers will help also the Galileo’s Earth Sensor to keep a stable direction for the satellite’s main antenna to point at Earth (right now in the lowest point the sensor is unusable and the satellite relies on gyroscopes alone).

The whole procedure it will last two weeks and includes 15 maneuvers. If it is successful the sixth satellite will follow the same ‘’path’’. Of course, for scientific reasons we all hope that this will be successful and the satellites will go back to work in a few weeks/months.

Let’s cross our fingers and wait.