Much of the northeastern United States received the first snow of 2018 in mid-November – but not many were happy about it. The problem was not that the winter blizzard caught unsuspecting residents by surprise, but that it disrupted travel, littered the roads with motor accidents, and left more than 300,000 without power.

But, was mid-November really too early for snow? There’s an easy way to find out. The nation’s official climate record keepers have come up with a handy, interactive map that ballparks the first day of snow for the entire United States, down to the zip code level. The map draws on historical climate data to determine when exactly the chances of your first date with snow would rise to at least 50%. The dataset is based on climate patterns from 1981-2010 – the same one your local weatherperson uses to tell you the ‘normal high’ of the day. 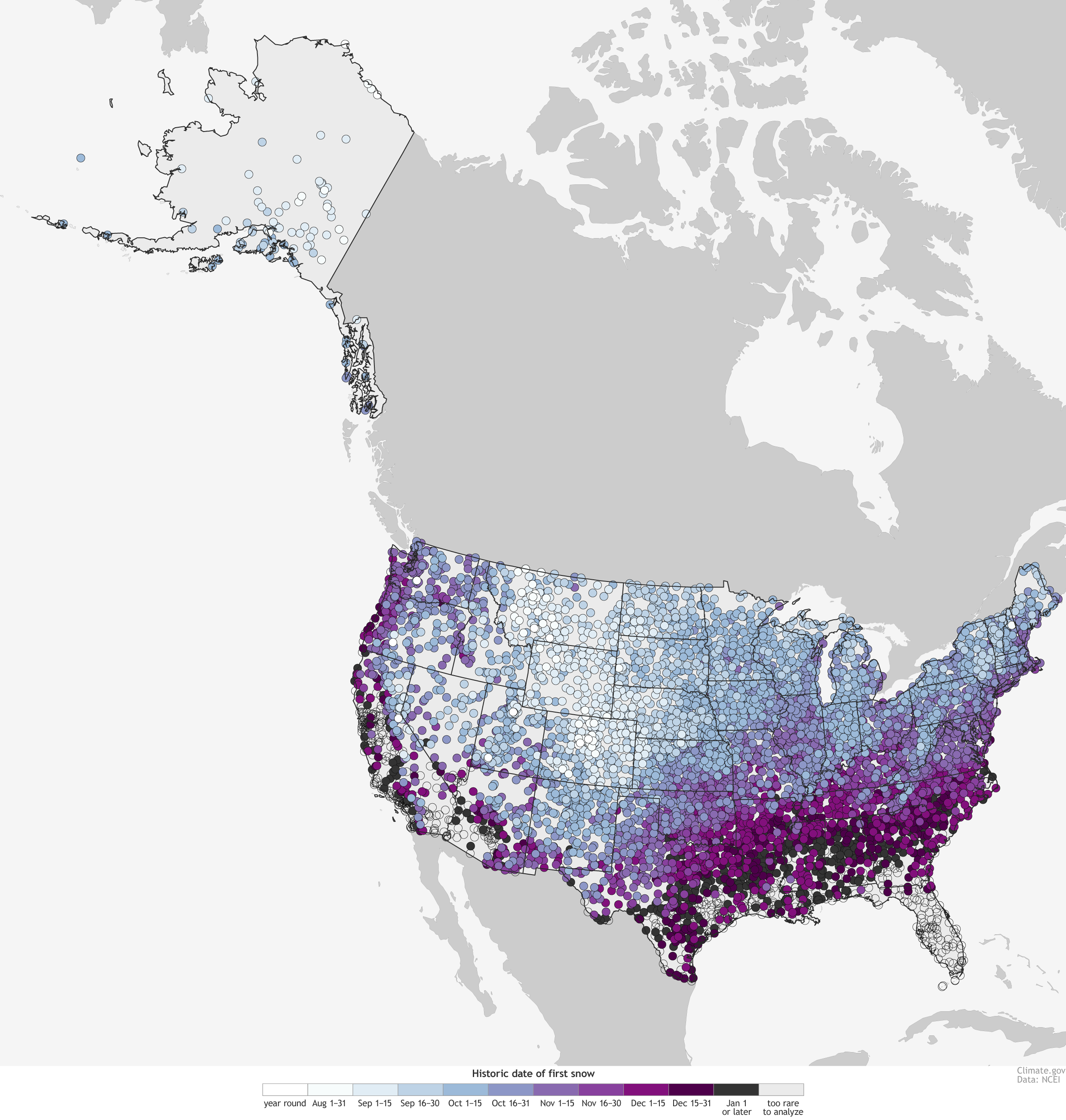 You will notice how the highest elevation areas like the Rockies have an almost year-round snow threat, while Hawaii has many regions where it snows so infrequently that no date could be listed? Naturally, latitude and altitude play a clear role in governing the average day of your first snow. Also, pay attention to the line stretching roughly from the Texas panhandle to Chicago. The earlier dates plunge farther southward in the plains because the coldest air accompanied by winter storms often barrels down the high plains.

Another interesting observation can be found near the southern shores of the Great Lakes. This region encounters winter precipitation rather early because the northerly winds of autumn pick up a lot of moisture from the still-relatively-warm lakes. Now, did your annual first date with snow go as expected this year?

#Business
Funding in the geospatial industry – the who and how
Hassan Safieddine 08.1.2022
AWESOME 3
#Business
What is the metaverse and why should geospatial enthusiasts care about it?
Sowmya Somanchi 06.29.2022
AWESOME 5
#Business #Featured #People
Global GIS Jobs Report 2022
Andres Abeyta 06.17.2022
AWESOME 1

In the second part, I wanted to focus on the companies that have shut shop since then or seem to have closed down.