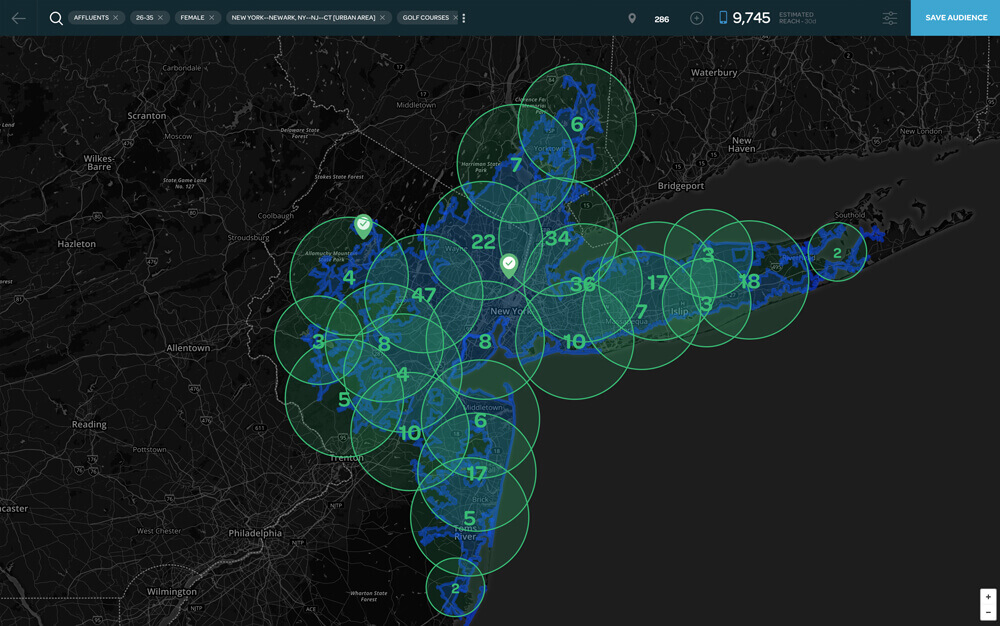 Marketing has gained new grounds with location intelligence. Companies, today, are in a far better position to target the right audience and design their marketing strategies owing to the power of ‘location data.’ However, one concern that has been plaguing the prophets of location mapping since the time they have come to limelight is that of ‘privacy.’

While conglomerates like Google and Facebook have achieved tremendous growth rate by mapping location of users, they have been on and off facing the lash of ‘data privacy concerns.’

In the worrisome scenario, providing a breath of respite, enters ‘Near,’ a start-up that claims to have started with ‘privacy’ when designing their interactive, cloud-based AI platform called Allspark that creates anonymised, location-based profiles of users. Having about 1.6 billion users each month, the platform is functional across 44 countries at present. Allspark creates profiles on the basis of information gathered from phones, data partners, carriers and its customers. 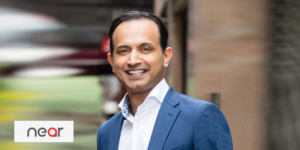 Bringing an idea to company, CEO & Founder, Anil Mathews created Near in 2012. The company is headquartered in Singapore with offices in San Francisco, New York, London, Bangalore, Tokyo and Sydney. Recently, things got more exciting for the start-up as it bagged a funding of US $100 million. This is one of the largest rounds of funding received in the industry. Near has received the fresh Series D funding from Greater Pacific Capital (GPC), based out of London. The investment has come almost 18 months after Allspark became the fastest growing enterprise SaaS product.

Why did Near make the cut?

Even though Near’s approach of using a collection of data points sourced from a variety of providers is not totally new, it has a (patented) technique based on machine learning algorithms and other inferential AI technology, which enables it to accurately merge all details together to create individual profiles. This is achieved without attaching a name or real identifiers of any kind to the profile. It is this fact that has acted as a differentiator and caught the attention of the investor.

Plans with the funding

With the new growth capital in its kitty, Near intends to:

Near is claiming to be growing at a rate of 100% year-on-year. As its expands its offerings, businesses will benefit more through more intricate location-based marketing, and with Near’s commitment to data privacy, the consumers are likely to get more spoilt for choices without bothering about privacy and security.

Say thanks for this article (0)
Shimonti Paul
15 posts
Want to be an author?
The community is supported by:

At the beginning of the year, we saw that the geospatial industry was lacking a centralized job portal for people who are passionate about location data and what it can do.

We’ve since built a Geospatial Jobs Portal to share some of the most exciting jobs in the geospatial industry to include positions in GIS, academia, development, design, and more.  Many companies have also had the opportunity to submit jobs to our portal. In this blog, we are going to explain the different tiers of job listings we offer.

FREE
It’s as simple as that. By submiting a job as a Basic listing, you will get the following:

$49 + tax
Stand out from the crowd by getting a Featured job listing. This includes everything from a Basic job listing plus:

$99 + tax
Get higher visiility through different channels with a Premium job listing. Not only will you be supporting our community in a bigger way, you will get everything from a Featured job listing plus:

**As we are trying to improve our services, prices and features are subject to change. Please check this blog again for the latest update.

In addition to being community-run by passionate individuals who work in the geospatial industry, we want to pay it forward for those who do good in the world with the power of geospatial. That’s why we are offering non-profit organizations free job listings under the Premium option!

If you are part of a non-profit organization organization and have some jobs to share, get in touch at info [at] geoawesomeness{dot} com and let us know what you’re working on.

If you’re a job seeker

We built this job portal for you and sincerely hope that you find something interesting or at least some companies to keep in mind for the future.

If your company is hiring

You are always welcome to submit a job to our Geospatial Job Portal. The Basic listing will always be free. If you would like to support our community and want to reach a wider audience, the Premium listing is available. In fact, we have seen that the Premium job listings get 50% more exposure because of our promotions and are more than happy to discuss a flat rate for multiple job listings. You can find out more by writing to info [at] geoawesomeness{dot} com