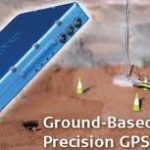 Games are changing! Locata is a very promising indoor and outdoor positioning system that uses ground-based sensors instead of satellites to project radio signals over a localised area. The signals coming from the location ground system have proved more than a million times stronger on arrival than the GPS.

It is definitely gonna be a great development in indoor positioning as it works greatly indoors as well as outdoor. According to the makers, the system can as well be fitted into cell phones for regular cell phone navigation.

Technological giants  like Google and Nokia  have been working strongly hard in  the frontier of indoor naviagtion to help users not to get lost in big malls and indoor places, but the bottleneck has been poor GPS signal indoors, Locata can prove a big leverage.

Locata just signed a contact with the US military who invented the GPS for a large scale test at the White Sands Missile Range in New Mexico.

According to Christopher Morin of the US Air Force, the test worked fine and Locata has signed a  multi-million dollar contract to install the U.S. military’s first revolutionary ground-based LocataNet positioning system at the White Sands Missile Range in New Mexico.

#Business
We have analyzed 568 geospatial startups around the world. Here are the conclusions about the market
Hassan Safieddine 05.21.2022
AWESOME 11
#Business
What is the metaverse and why should geospatial enthusiasts care about it?
Sowmya Somanchi 06.29.2022
AWESOME 5
#Business #Featured
Global Top 100 Geospatial Companies – 2023 Edition
Muthukumar Kumar 01.30.2023
AWESOME 21

The Humanitarian Kiosk (HKiosk): Do you have the very latest facts on humanitarian crisis in your pocket?

Dream! Dreams do come true. Here another thought got shape. One is Complete commercial (Apple), profit making organization another one is completely non-profit organization (UN-OCHA) came together and develops a system for all; The Humanitarian Kiosk (HKiosk). Walking together side by side, working for common good. Good example of social business spin.