Life360, the company behind a popular family location-based network has acquired Chronos Mobile Technologies, a startup behind a number of mobile apps that passively collect data from users’ smartphones to understand people’s day-to-day patterns and routines.

The match of this two apps seems to be obvious. Life360’s focus on tracking family members. It is used by over 50 million families around the world who receives location-based alerts about their family members (alerts received when family members leave or arrive at important places like work, home, school, etc.). 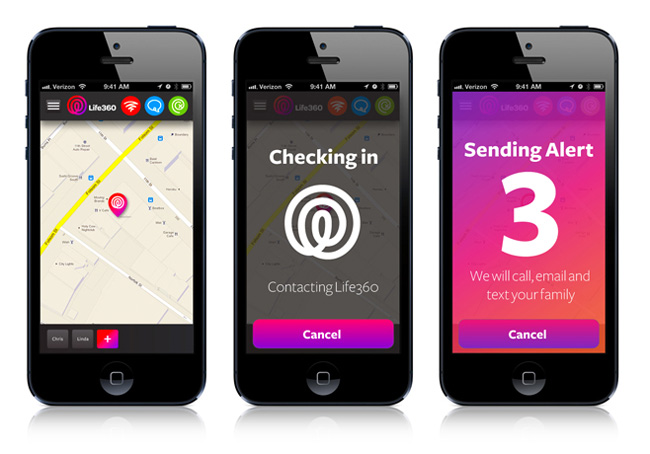 On the other hand Chronos app has been designed to gather data about yourself. How long do you spend sleeping, commuting, at work, at the gym etc. Users can set up goal and automatically track whether they reached it like spending more time with family, or working out.

Alex Haro the co-founder and President of Life360 explains:

Their contextual-awareness technology and work on using passively collected data to connect close circles is really closely aligned with our mission at Life360. The power of this is to eventually create new form of passive communication for families.

In fact we could think about hundreds of applications of Chronos contextual awareness engine in Life360 app. Users could receive contextual alerts e.g. to buy a bread when leaving the office, or receiving travel time to their next destination.

The value of the deal was not disclosed but it would be interesting to see what is the value of a tiny company like Chronos.

This map shows how American cities are racially segregated

At Geoawesomeness openness and tolerance are our key values. Our team members come from different continents, countries and cultures. And we are definitely proud of our diversity.

From a spatial perspective it is interesting to observe social geography of a diverse society like the one in the U.S. Although statistically the social inequality and segregation on a racial level is lower than ever before, the new interactive map created by Dustin Cable from University of Virginia shows that it’s for from being perfect. 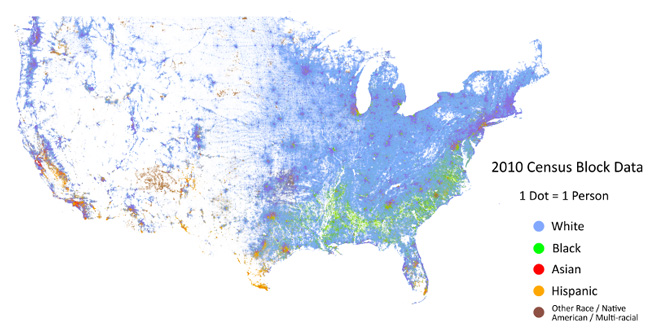 Even on the small-scale map one can observe that there are some significant differences depending on the city and state. In New York for example we can observe a big diversity with a centres of particular race spatially mixed. 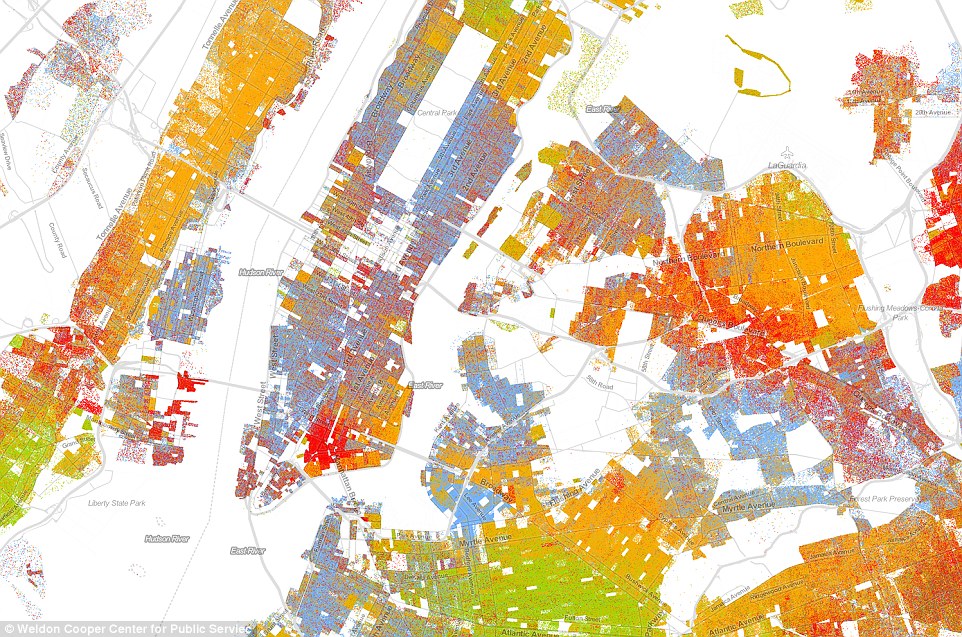 Some American cities, largely those on the East Coast, have a very clear division between white and black. The example below is Detroit, were we can see a clear line dividing the city on “8 mile”. 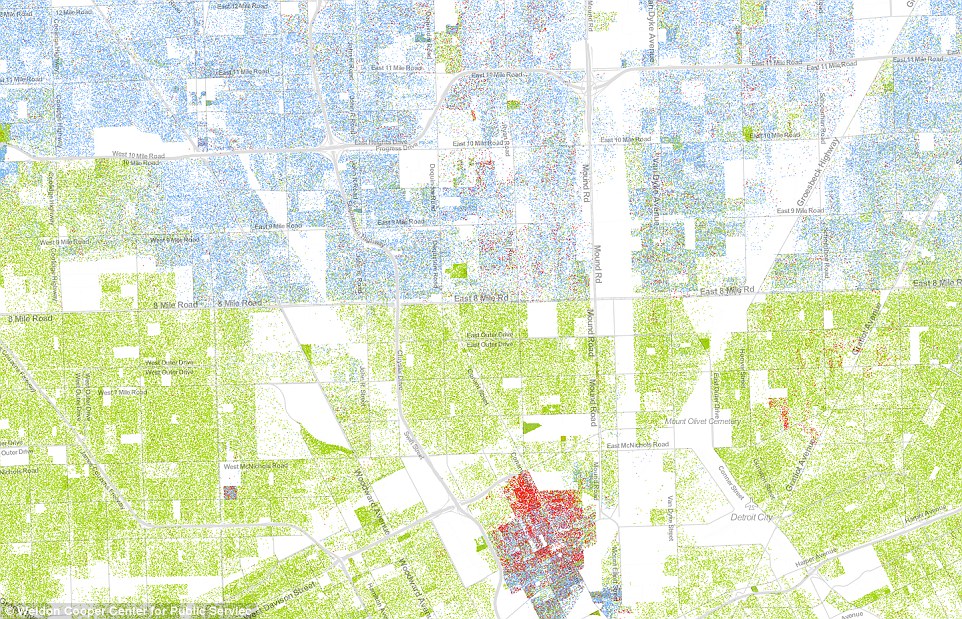 It isn’t the first map to show the country’s ethnic distribution, nor is it the first to show every single citizen, but it is the first to do both, making it the most comprehensive map of race in America ever created. Today when we hear about racial tensions among communities, police forces, and elected officials almost everyday understanding this local tensions is even more important… and again showing the spatial layer of the phenomena gives it a totally new perspective.

This is why we love maps.