The Roman Empire at its height of power spanned over one-ninth’s of the earth’s surface over three continents, ruling over a quarter of humanity. No wonder that Roman Empire is something that finds a way to all our history books. But ever wondered how the connectivity was? How long it took and so on?

Conventional maps that represent this world as it appears from space signally fail to capture the severe environmental constraints that governed the flows of people, goods and information. Cost, rather than distance, is the principal determinant of connectivity.

For the first time, ORBIS allows us to express Roman communication costs in terms of both time and expense. By simulating movement along the principal routes of the Roman road network, the main navigable rivers, and hundreds of sea routes in the Mediterranean, Black Sea and coastal Atlantic, this interactive model reconstructs the duration and financial cost of travel in antiquity. – Standford Geospatial Network Model of the Roman World

The ORBIS is an amazing project. It lets you travel back in time and explore transportation and the complex network of routes during the ancient roman empire. Here’s how you travel between Roma and Constantinople. 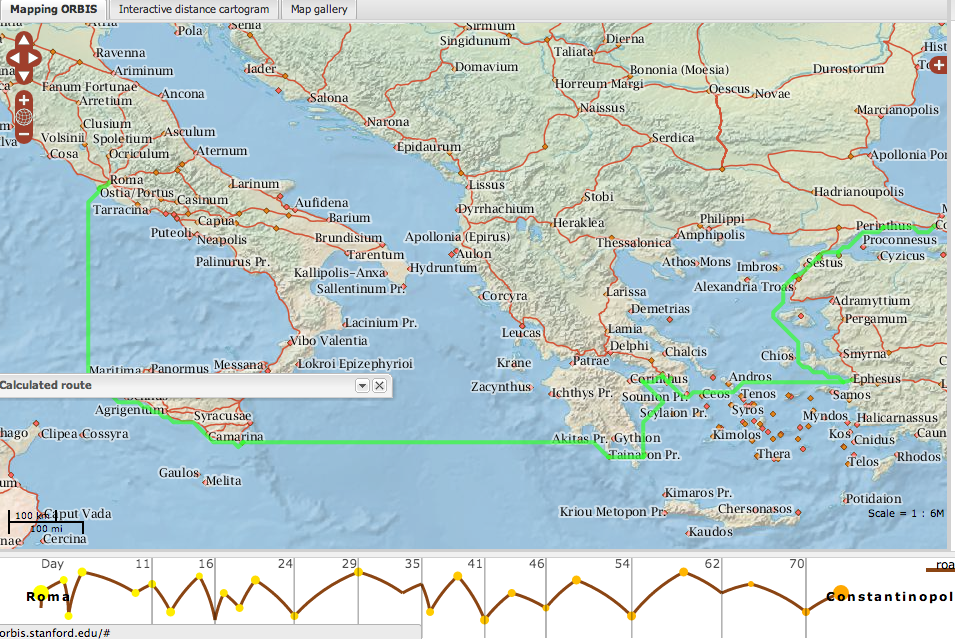 Wondering what sort of queries you can enter in this amazing visualization of ancient roman empire?

So you are all set for a military mission? or is it just another civilian travel? Fastest route or Cheapest route? How much money are you looking to spend to travel? Did you say you are travelling during January of April? The number of options you have to try in this query is increases exponentially. The ORBIS is based on information and conditions 2,000 years ago. Ancient maps combined together with modern-scientific models of weather 2000 years ago.  That’s the ORBIS map for you! Next time, I play Civilizations I am going to need to use this map to plan my campaigns 😉

Oh, I forgot to tell you how long it took from Roma to Constantinople!

Another website that provides a similar Roman route planner is OmnesViae. But the ORBIS is much more packed and powerful in terms of query options and visualization. That said, OmnesViae map visualization is much more elegant to browse through.

Say thanks for this article (2)
Muthukumar Kumar
478 posts
Want to be an author?
The community is supported by:

I think that creativity is something that is often missing in ‘the geo-space’. It’s not easy to go beyond the mainstream and create a cool project… even if it’s just for fun.  Baltimore-based cyclist and artist Michael Wallace, had one of these geoawesome ideas… He created a whole portfolio of images comprised entirely of his GPS bike traces displayed on Google Map. The artist says of his work:

GPX riding is my general term for using a GPS device to track and record my location while riding my bicycle. in short, I use GPS technology to record where I go in a planned effort to create massive images. 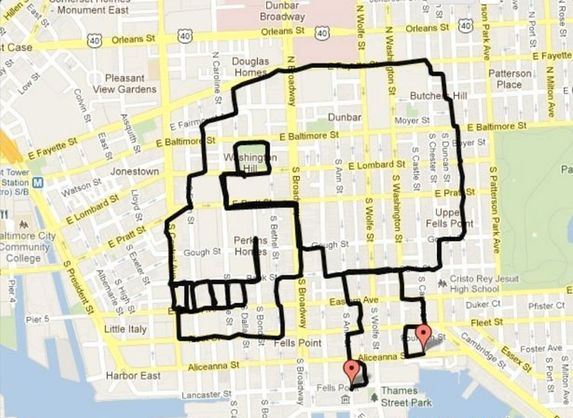 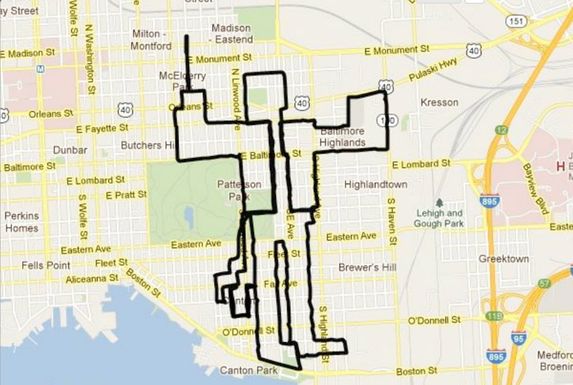 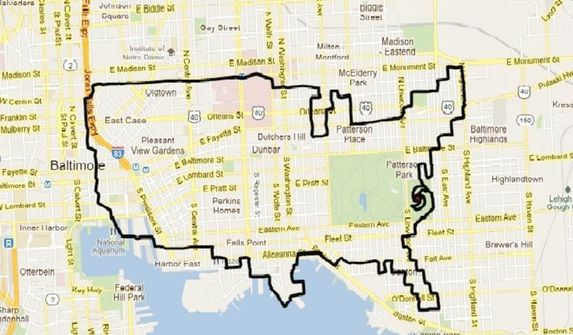 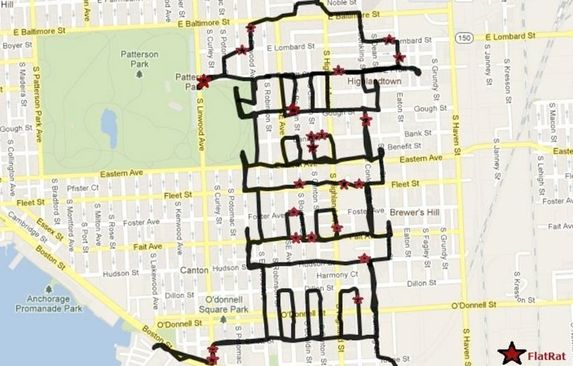 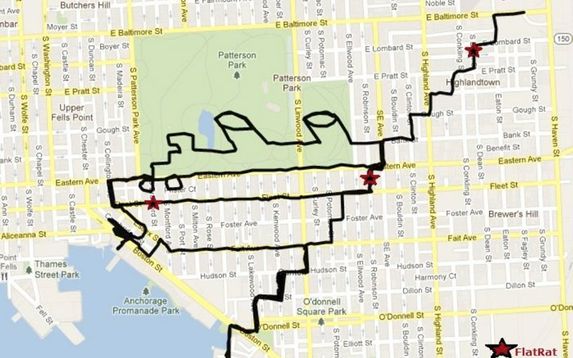 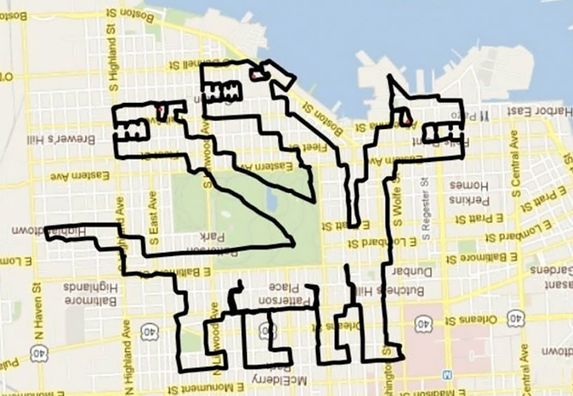 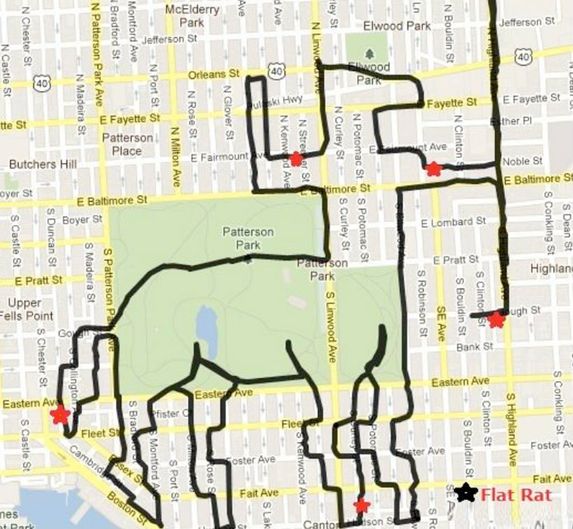 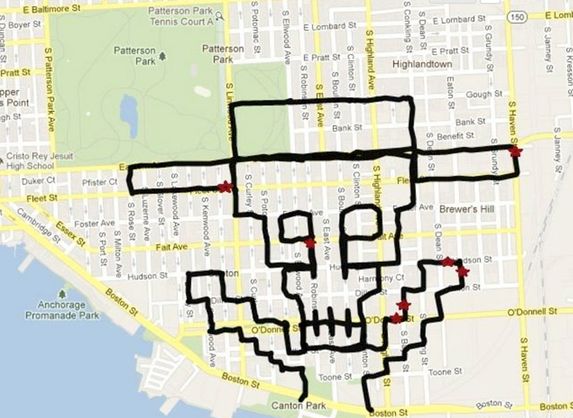 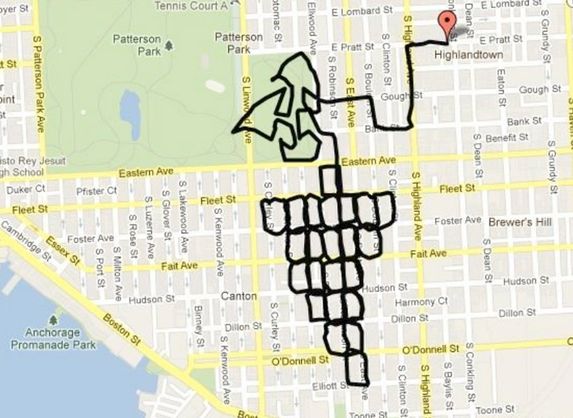