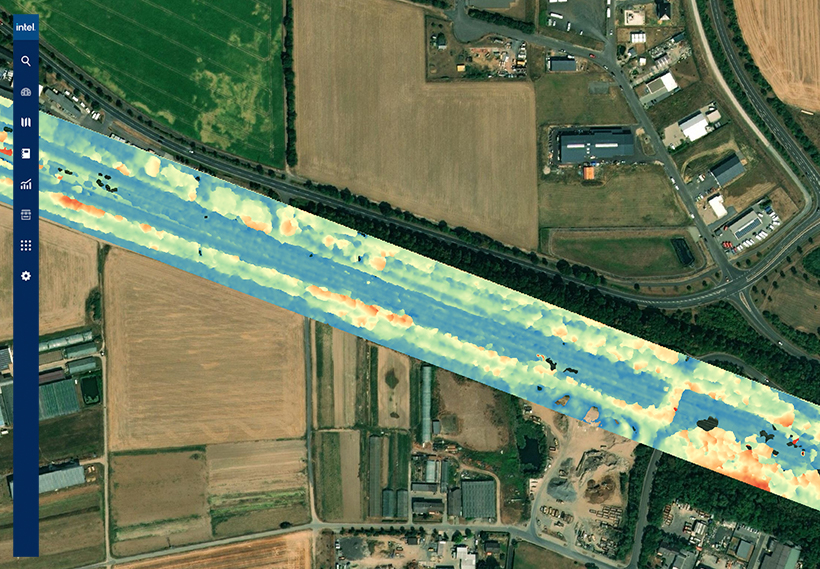 Geovisual data – which is collected by remote sensing devices such as drones, satellites, manned aircraft, and autonomous vehicles – has the power to lay bare the dynamic reality of critical assets and infrastructure. Companies routinely use geospatial data to answer questions like:

Intel’s new platform aims to do just that by leveraging Intel Geovisual Data Lake, which provides services specifically designed to solve the challenges of managing geospatial or geovisual data at scale. This includes a suite of services for data ingestion, storage, cataloging, and preparation.

Benefits for Oil and Gas

#Business
What is the metaverse and why should geospatial enthusiasts care about it?
Sowmya Somanchi 06.29.2022
AWESOME 5
#Business #Featured #GeoDev #Ideas
Death by pushpins – Location data and user experience
Muthukumar Kumar 04.18.2022
AWESOME 0
#Business
Funding in the geospatial industry – the who and how
Hassan Safieddine 08.1.2022
AWESOME 3

How drone manufacturers should take care of their clients? Wingtra might have figured it out 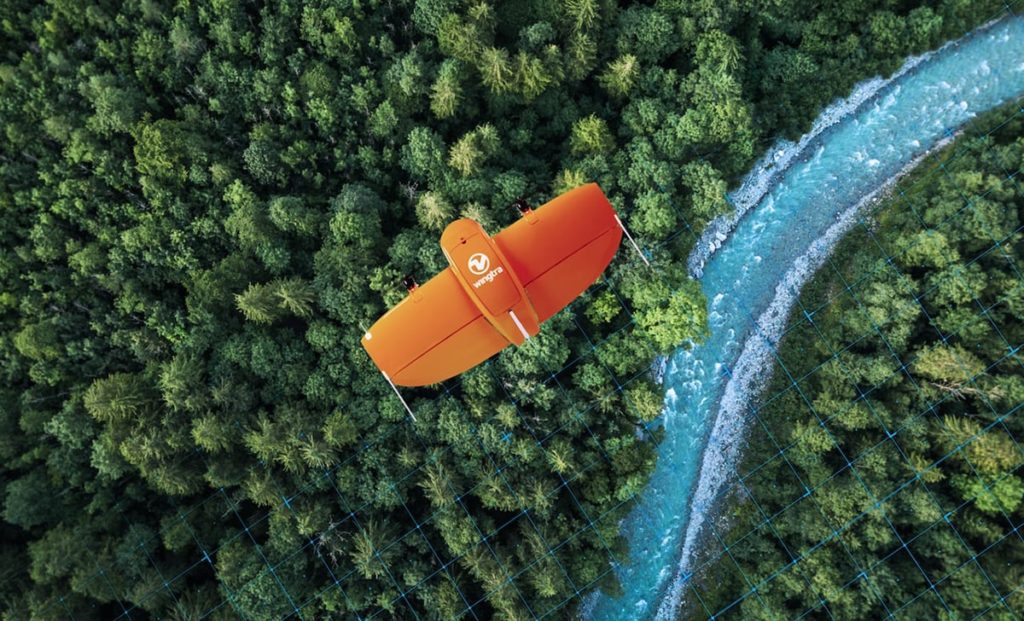 I’ve been in the drone industry for the past 4 years. I work in a company focused on drone data analytics, software development and advisory. I talk to a lot of drone manufacturers, fly drones myself (I’m a licenced BVLOS pilot) and subcontract a lot of work around the world to drone surveying companies.

Over the years, I’ve experienced a lot of problems with the work delivered by contractors operating fixed-wing and VTOL drones. While flying a DJI Phantom 4 Pro or Matrice is fairly straight forward, and the number of accessories is high, operating a fixed-wing drone over a large area is a much more complex task. A lot of things might go wrong, resulting in the hardware being destroyed and/or data captured being of poor quality.

To avoid such problems, I’ve developed the whole procedure to verify the subcontractors that include hardware verification, spare parts verification, software verification, flight planning and GCP distribution verification, pilot and the second pilot verification, insurance check and the list doesn’t stop here. It’s a time consuming and therefore expensive process for both my team and the contractors. Unfortunately, it is required as I need to make sure my clients will not get their often critical infrastructure damaged.

If only there were a way to verify if all these requirements are met?

Actually, Wingtra might have just released the solution I was looking for. The Swiss manufacturer of a popular VTOL drone that is widely used around the globe has recently introduced the Extended Services package. These new services include spare parts and add-ons, training and consulting, maintenance plans and a second-year warranty option.

Wingtra’s “Total Maintenance Plan” includes an all-in-one maintenance subscription that basically gives drone operators a new drone every two to four years and allows to fix all the hardware issues for a flat yearly fee. From my perspective, if a drone pilot has such a subscription, it’s proof that the hardware is in good shape with proper maintenance is in place.

Another important part is Wingtra’s training and consulting. If I see a certification of a drone pilot completing a full 2-day training, it gives me peace of mind the operators know the hardware and they would be able to get immediate Wingtra support in case of issues in the field. Finally, the package offers add-ons such as spare drones and sensors, battery packs, propellers and accidental damage protection, among others.

This is all very important, as I’ve had drones of contractors crushed on mine sites in the middle of Africa, wrong setup of PPK/RTK that caused poor georeferencing, blurry images that made the data unusable, lack of spare parts in the middle of nowhere, and much more. All of that caused delays and money, but most importantly, it compromised the reliability and trust to drone technologies by the end clients.

With that being said, having proof that a drone operator has WingtraOne with their Extended Services package is something that would make my life much easier when it comes to verifying and contracting teams for my drone projects worldwide. I would wish other drone manufacturers follow the same approach.