India’s first navigation satellite to be launched in June

IRNSS-1 is the first satellite of the Indian Regional Navigation Satellite System (IRNSS) constellation. IRNSS is India’s backup in case of GPS/GLONASS outage. Considering that China, European Union & Japan either already have or plan to have separate Global Positioning Satellite constellation; India being a modern space power cannot leave itself behind and IRNSS is a step towards ensuring that.

It is set to provide accurate real-time positioning and timing services over India and surrounding regions extending to over 1500 KiloMeters over India. It is set to offer two services i.e. Standard Positioning Service (SPS) which would be available in the public domain as a free to use service and a Restricted Service (RS) which will be encrypted and also for authorized users aka Military and allied departments.

Each satellite is set to have two payloads i.e.. Navigation payload and CDMA Ranging payload in addition with retro-reflector. The payload generates navigation signals at L5 and S-band. The design of the payload makes the IRNSS system inter-operable and compatible with GPS and Galileo.

Not sure why GLONASS was left out. A notable point here is that GLONASS employs FDMA. This might be the reason but not too certain about it.

Presently India has 11 functional Remote Sensing (RS) Satellites and is the largest constellation of Remote Sensing satellites in the civilian domain dedicated to Land&Water, Cartography, Oceanography and Environmental monitoring and Meteorology.

IRNSS is just another stride that India and ISRO have taken towards becoming a power in Space science and tech.

How Often Does A Map Change The World? London Cholera Map of Dr. John Snow From 1854.

How often does a map change the world? In 1854, one produced by Doctor John Snow, has changed it forever. In the world of the 1850s, cholera was believed to be spread by miasma in the air. Germs were still not yet understood and the sudden and serious outbreak of cholera in London’s Soho was a mystery.

Dr. John Snow was trying to solve the mystery and help the people, so he did something every reader of Geoawesomeness would do – he mapped the cases of infection. The map represents each death as a bar. It became apparent that the cases were clustered around the pump in Broad (now Broadwick) street. Check out the map below: 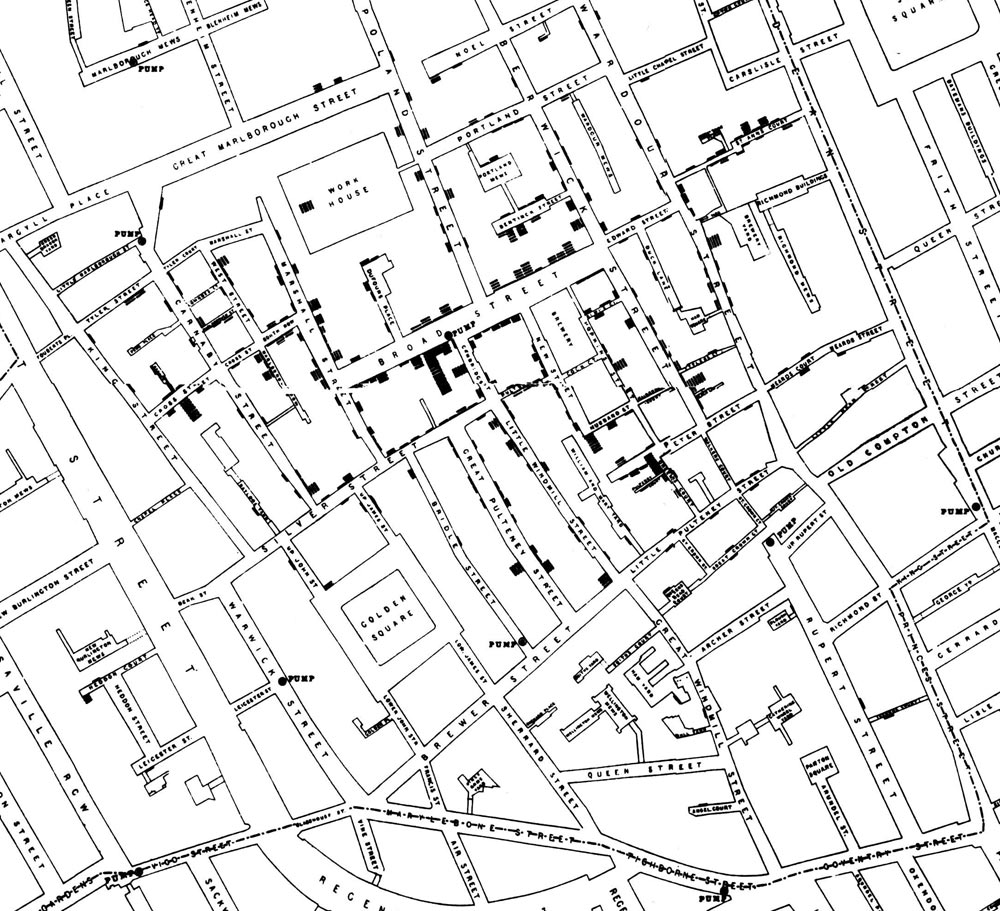 And this is how the modern version of the map looks like by CartoDB: 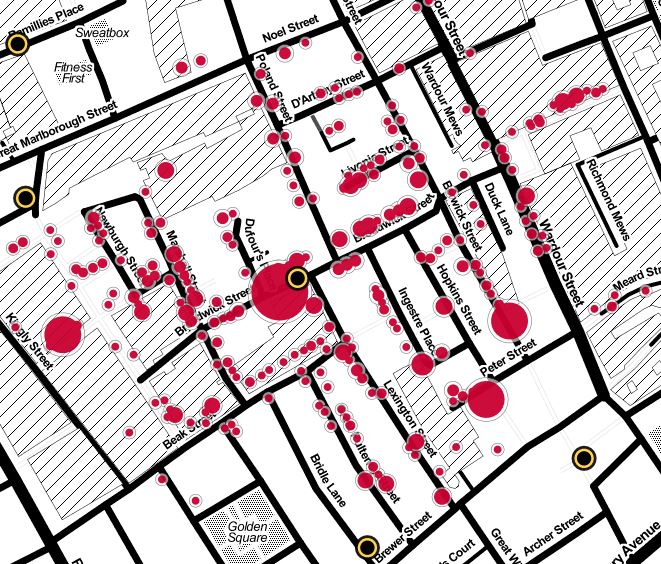