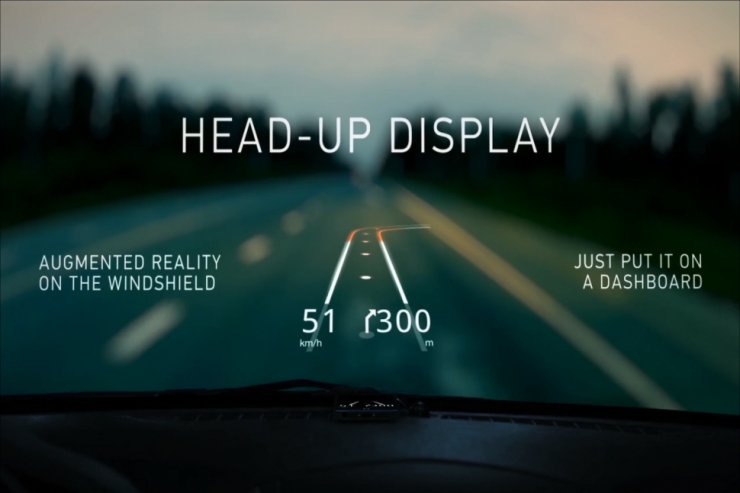 I’m always searching for cool ideas that enhance user experience of location-based apps. This time Russian start-up decided to create an app which turns your regular smartphone navi  into head-up display – feature that is typically available in premium car models. The idea behind head-up displays is to visualize the content (e.g.current speed) on the windshield (usually as a reflection) so that driver will not need to look away from the road. Nobel idea and drivers actually do like it but is your smartphone able to actually substitute such a system in your ride? 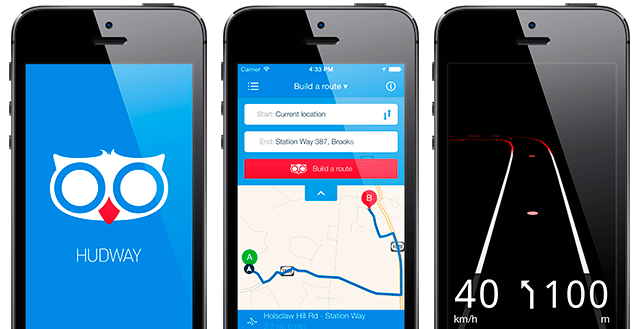 Hudway app claims that YES. The idea is simple. Once you select your route you lay your phone down on your dashboard (you might need an anti-slip surface such as a silicone pad) and once activated, Hudway will give you a visualization of the profile of the road ahead of you along with information like current speed, the distance to the next turn, and when you should be slowing down. It uses Google Maps API (or optionally Apple Maps… but who would use it instead…;), which is cool because it’s one of the best spatial data sources out there. 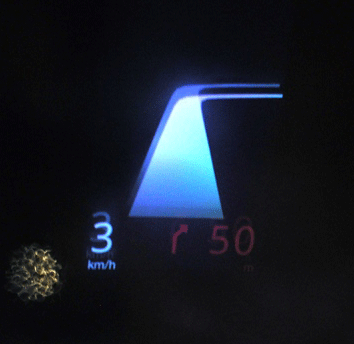 There are several issues with usability of the app. On my windshield the picture was doubled… and I actually had to focus more to read it  than I usually focus on a regular navi app placed in a driving mount. Moreover what will happen when someone call you… most people actually need to reach for the phone and answer it even if they use loud speakers. If your car is equipped with a hands-free kit everything is cool… If not, reaching for a phone might be quite disrupting and as a result dangerous.

There are also several missing features which would be really a game changer. One of them is real-time traffic info. Hudway position itself in ‘drive-safe’ app category. Wouldn’t it be useful to get such an information: ‘traffic jams ahead of you, you’ll have +3 min delay’. Well the problem with that idea is that there are strong limitations for Google to offer real-time traffic layers to 3rd party apps, so guys from Hudway would have to somehow go around it.

Is it the app of the year? No yet, but the app has just went out from beta, so I would say that it’s very promising. Definitely try out the free version before getting paid features.

Can you imagine any better way of story telling than using a map? Hard to image. This was the thought of designers at German Salt Museum (former salt mine since the Middle Age) in Lüneburg, a city close to Hamburg, Germany. They’ve created amazing interactive installation, entitled „Salt Worldwide“ which tells the story of the salt mining around the world and

The map presents a virtual world made of salt with 34 touch sensitive salt crystals spreading over the map. When touched the crystals start to glow and some of them launches extra virtual information. Moreover each crystal launches a millions of salt particles that flow over the world map, slide down along the mountain ridges, and along the currents in the seas. It gives an amazing impression. I love it. 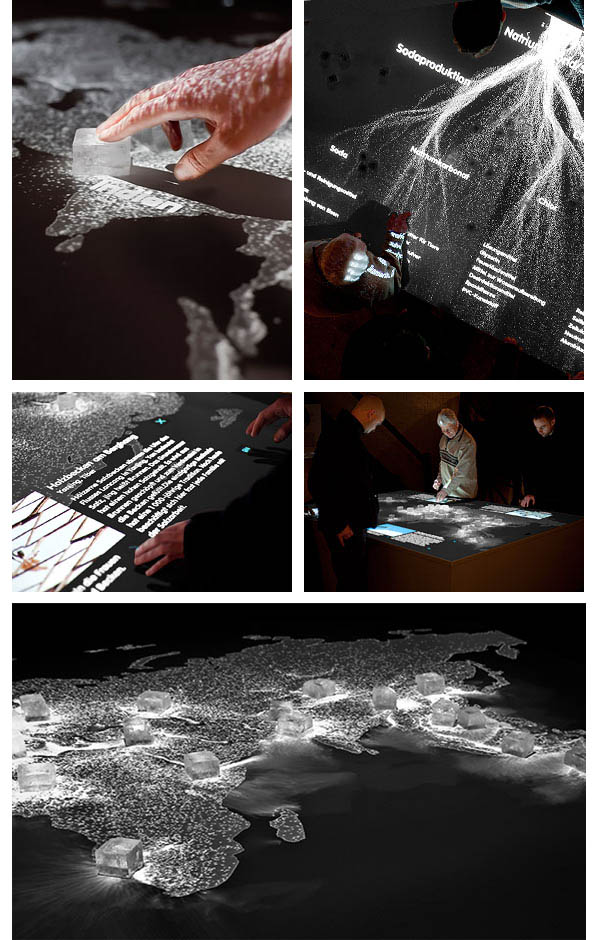