The Connected Car concept has been gaining traction in the past year with numerous car-makers starting to get into the nitty-gritties of making applications for better automotive experience. Applications like BMW M Power drive have captured the imagination of the automotive industry that is constantly looking for ways to seamlessly connect our cars to our mobile devices. Now Honda has announced that it has joined the Open Automotive Alliance to develop inboard automotive information systems that will include GPS Navigation among other things (Source: Asahi). 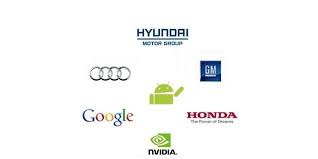 The Open Automotive Alliance is a group of leading car-makers like Audi, Honda, GM, Hyundai and GOOGLE who have “committed” to bring the Android Platform to car this year! Imagine driving a car with Android OS! It is a well known secret that Google is working on developing Driverless cars (Google’s Self-Driving Car).

I keep repeating this  but I really do believe that “Few decades down the lane, Google will be remembered as a manufacturer of self-driving cars whose business started off as a search engine”!

The Open Automotive Alliance is not the first of its kind, a few years ago Toyota had partnered with Microsoft to develop advanced information and communication systems for their Smart Car projects!

This alliance and any further partnerships by Car-makers and information tech companies is going to greatly accelerate the adoption of PND devices into cars and in the future it is going to allow for greater interactions between the car and the navigation devices. Things like Augmented reality based navigation is going to become more and more mainstream!

Cocktail of Technologies for Smart Cities: The role of Geospatial Tech

The concept of Smart Cities has been gaining momentum in the last few years. I believe it is a natural progression considering that more than 70% of Human Population is predicted to be living in cities within the next few decades. While the definition of Smart Cities is still undergoing several revisions, there is no discounting the impact Geospatial technologies and spatial data will have on making the smart cities truly “smart”.

Francis Ortiz Ocaña had written a wonderful article titled “Cocktail de Tecnologías para Smart Cities” with some really cool infographics in spanish for the (online) environmental organization i-ambiente outlining his thoughts on the geospatial technologies that will enable smart cities to be truly “smart”, which is the base of this article (a translated version of the original article but in typical geoawesome style 🙂 Let’s look at the technologies for Smart Cities!

If you are imagining geospatial technology in smart cities to be limited to just map layer and georeferencing, it is time to undertake a little tour to understand the interconnection between geospatial data and the possibilities of obtaining, storing and processing of data in the service of citizens and governance of the cities and societies of the future. Since we are talking technology of the future, we ignore all issues relating to privacy at this point in time.

The obvious first step in the attempt to create a geospatial framework is ensure that georeferencing of the resources that are disturbed in the different map layers is complete. Assume that such a framework is available and the concerned officials in the Smart City understand the need to share and update the available information. A network of sensors could then be used to collect information in the public cloud; road conditions, traffic flow, parking availability, GeoMedicine, Emergency Applications like the one currently available in Denmark  would all be easily accessed using your smartphone “SmartCity” App.

The emergence of tools that are able to process and visualize Big Data has greatly helped the idea of Smart Governance where the authorities/Citizens can remotely view and control the systems based on the information obtained. For example, authorities can control the garden irrigation system by using the report that the Big Data engine has generated taking into account the moisture levels in the soil, the prevalent weather conditions and the type of vegetation that the garden irrigation system waters. Creation of Mobile Apps can be used by citizens to know about Parking Availability, traffic conditions and so on.

In todays’ world, it is amazing to see the wide variety of sensors that humans have been able to develop. Specific sensors that can measure the volume of the garbage bins can help optimize the frequency of garbage collection. Sensors located in the basement along with electrical connections, water and gas, can warn in advance of possible leaks and cuts due to movement, displacement or increased humidity, leakage of gases or electromagnetism. These sensors can not only warn during such emergencies but also help locate at the millimeter level, the location of possible sources of problems, generating a request for review of intervention, prevention or repair. Multi-sensor equipment such as the Spanish company Libelium are already being used in multiple locations around the world with many applications, only one of these devices can collect up to 3 different types of information across 3 dedicated sensors that can detect  vibrations, presence, gases, structural and seismic movements and countless environmental variables which are in turn transmitted to receivers or hubs in the vicinity and connected to the main network in the cloud. The Cloud then processes, updates and sends information across to the concerned people and authorities. 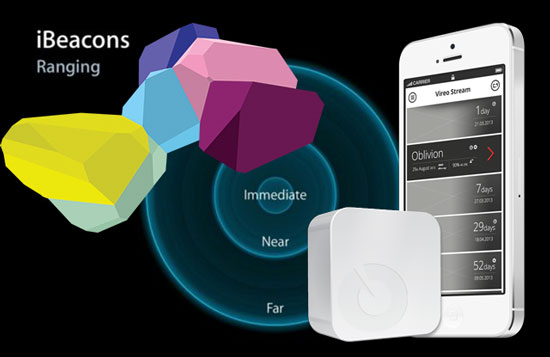 The difference between Sensors and Beacons is that while the goal of the former is to collect and deliver data to and receivers, the latter acts as a mini receiver/emitter to enable nearby devices to locate themselves. Remember iBeacons? The Beacons could trigger some actions or reactions in the nearby devices once they have been detected to be in its proximity for specific applications installed on mobile devices. These new devices can be placed under the floor, on the walls or buildings and street furniture allowing both transmission and reception of information to and from mobile applications thereby collecting important data in real time. This information could then be processed for a wide variety of applications including sending messages to certain users regarding a gas leak in the near by area or marketing announcements when they pass with their mobile devices in the vicinity of these beacons.

Utilizing Beacons or tracking devices for commercial purposes is controversial and but is still being widely pursued in certain countries. In shopping centers, the beacons can serve as a guide to indoor mobile navigation, issue notices of deals nearby and take the user to the exact location of the product or service within an enclosed space, which otherwise would not be possible accurately triangulated using other technologies.

In any case, the use of beacons as devices for people flow management, emergency warning systems make them an inevitable tool for the future since their applications are endless.

The Internet of Things and NFC Devices

One could could classify both the sensors and beacons discussed in the preceding paragraphs as part of the new devices that make up the structure of the “Internet of Things”, but if we stick to its own description “things” are  articles from supermarkets, our own clothes or street furniture, credit cards, phones and basically anything where can you incorporate a Proximity Communication Device or Near Field Communication Device (NFC). These devices in principle have a range of between 2 and 50 inches, so they require some form of additional amplification if we want them to be detected at greater distances, which is why to create the Internet of Things we utilize additional sensors and beacons with information of their location prior to the end user NFC devices.

Some of the most interesting applications from the point of view of Smart governance is citizen participation. A practical example is the publication of infrastructure improvement projects or expansions, modifications or changes to street furniture. These changes/resources can be projected on mobile platform enabling the citizens to view the projects in 3D in situ, allowing them to to assess the impact these actions have on the environment of the city, town or street specifically. Predicting the acceptance or rejection of certain actions and associating these projects with surveys and social commentary can assess the success or failure of these programs of improvement and maintenance of infrastructure with much better accuracy. The citizen participation in each of these decision takes on ultra-democratic dimension in the daily management of the city. Democracy 2.0!

The perception of the citizens of the future will be actually formed through consensus and consultation making us more aware of our active role as part of the society in which we lives and therefore making us more responsible for our  collective future.

It does look like everything revolves around location and maps. The possibilities and possible applications of Geospatail tech looks endless. A GEOAWESOME future indeed 😉