Here navigation app is officially on Google Play. What’s the strategy behind releasing free offline app to the public?

Nokia’s Here is officially launching its free Android navigation app to Google Play. Three months ago it has been released exclusively to Samsung. Two months ago after reported leak it has been released to all users as a side application (not available in Google Play app store). Over this three months the app has been downloaded over 1 million times, which can be considered a big success. The app is actually really cool. Muthu reviewed it two months ago.

In addition Here added 18 more countries to the list of those included in the navigation system. The total number is now 118 countries with more or less detailed road network. But what’s important each of these countries can be downloaded to off-line mode, which is the biggest, if not only, advantage of Here app compared to Google Maps. 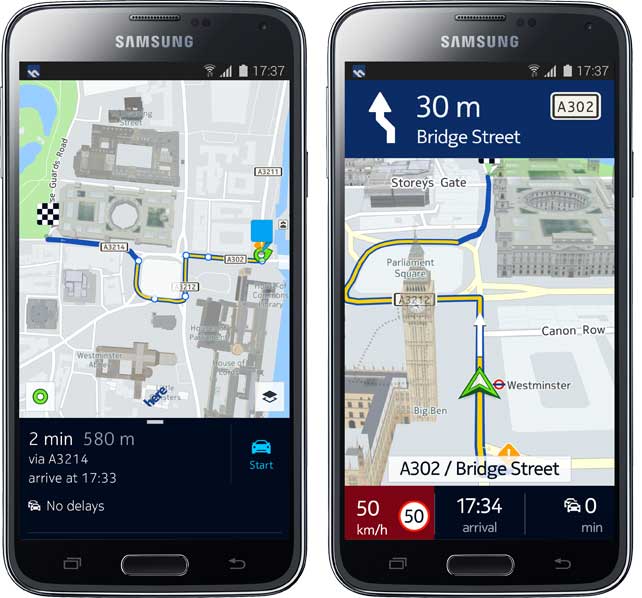 GOOGLE CARES ABOUT YOUR LOCATION DATA

So what’s the strategy behind releasing free, off-line navigation app to the public? The market of free navigation apps is practically owned by Google (with some attempts by Apple). The Mountain View giant uses the app to gather additional user data to use it in its marketing products portfolio. But what’s important about app like Google Maps, the more users you have, the better service you can offer. When ever you’re using Google Maps you probe Google’s traffic services and by this mean you make it more precise, which attracts new users.

Here on the other hand doesn’t earn on advertising but on selling spatial data and automotive in-dash navigation solutions. It needs a lot of users to get a precise real-time traffic information, the problem is that Here doesn’t have a lot of opportunities to win new users. Most people would use Here only in off-line mode when going abroad (not to pay the roaming charges). This is the only contact point between user and the app, and the only opportunity to win the user. If the app is good you might actually start using it as your first choice navigation. This is when you start to send your real-time traffic data to Here instead of Google.

In addition Here announced the launch of iOS app in 2015. Some of you might remember that Here already released the iPhone navigation app back in 2012. Some of might also remember that it was so terrible, it had to be pull out of the AppStore after tones of criticism. I still keep it on my iPhone just to remember how not to make mapping apps.

It seems that a lot of changed at Here from that time. Their services and apps are getting better. It seems that the industry is recovering from the crisis.

Locomizer is a London-based start-up which entered a difficult business of location-based ad targeting. We talked with Alex Polyakov – the founder of the company last year about their idea behind the start-up and plans for the future. This week Locomizer has finally announced their first products and a partnership with a Spanish ad network TAPTAP. 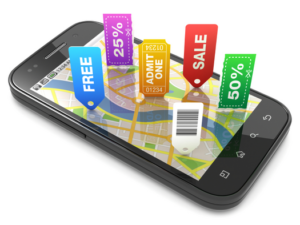 In theory the idea behind location-based targeting is simple… you deliver ads based on WHERE people are. In this case the location and time are the only two “contexts” to reach a relevant audience. Good example of this case is a text message with an offer from a shopping mall sent to every person passing nearby. Expensive and not really very effective. It would be much better to send a personalized message to people who actually need the product that you’re selling. This is where contextual marketing and consumer profiling starts to be relevant especially for mobile advertising. In web advertising most users leave behind plenty of information about themselves to potential advertisers e.g. cookies, search history etc. Smartphones give advertisers access to much less data about what do we search online but they give them something even better, information about when and where we are.

Companies like Locomizer, Placed, PlaceIQ or Factual are trying to analyze your location history e.g. buying the location the data from different app developers in order to draw a pretty detailed conclusions about your personal profile. When you analyze data of enough users you can that build a profile a location itself. Locomizer launched products (APIs) from these two groups of applications:

Effectively TAPTAP Networks will provide location data of its mobile users to Locomizer and as a result they will receive back data converted into individual geo-behavioural user interest profiles. Alex Poliakov commented:

Our ability to translate geo-data into a very sophisticated set of user-interest-profiles and distinctive segments has its very natural fit with the mobile advertising world.

I agree and wish guys from Locomizer a lot of success. The promise of location-based services was broken so many times before that it is a dangerous territory to enter for a new startup. Keep going!