Has Google Assistant shown up on your Google Maps yet?

After weeks of quiet testing and stormy anticipation, Google has finally rolled out Assistant integration within Google Maps this week. And for a change, iOS customers are also receiving the much-awaited update at the same time as Android users. 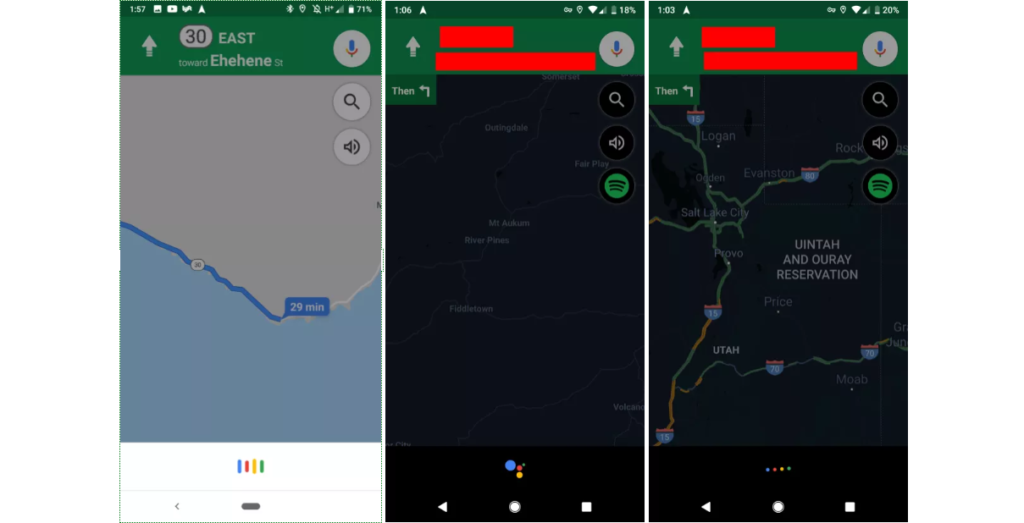 Looking at the screenshots shared by 9to5google, it’s evident that Google has kept the functionality as nonintrusive as possible, so your focus is not diverted from the road. The microphone in the top-right corner is now multi-colored, denoting Assistant’s presence, while the hot words ‘OK Google’ and ‘Hey Google’ work just as well.

If you’re using Google Maps for navigation while driving, here’s everything you will be able to do without touching your phone:

Since Android is Google’s home turf, its feature list for Android users is even more robust. Starting a journey will be as simple as saying “Hey Google, take me home,” or “OK Google, take me to work.” The Assistant is also compatible with a variety of messaging services on Android. WhatsApp, Facebook Messenger, Hangouts, Viber, Telegram, Android Messages, SMS – all can be accessed from within Google Maps.

We think it’s pretty cool that Google Maps is now more equipped than ever to give users a complete hands-free navigation experience. While many of these functionalities were already available in Android Auto, the user base for Google Maps is much, much wider. Bringing Assistant to Maps means that Google will be able to provide a distraction-free navigation experience not only to drivers, but also to those who are biking, navigating by foot, or using public means of transportation. 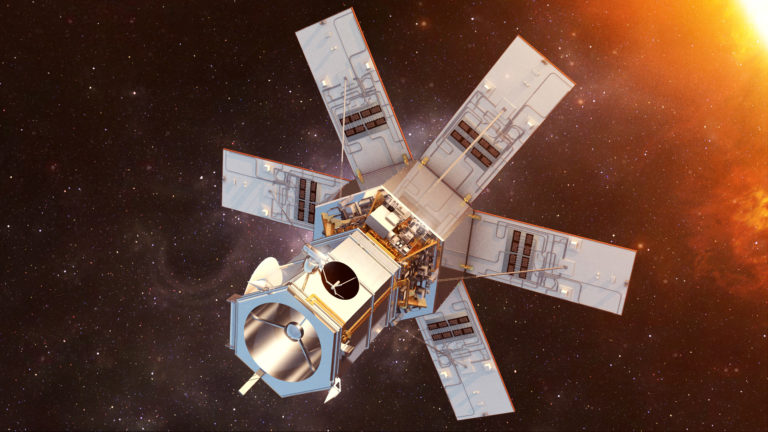 A week into the New Year and we have received heartbreaking news from DigitalGlobe, a division of Maxar Technologies. High-resolution commercial earth observation satellite, WorldView-4, has experienced a failure in its control moment gyros (CMGs) and can no longer point correctly. This “loss of an axis of stability” means that WorldView-4 will likely not be recoverable, nor will it be able to produce usable EO imagery anymore.

With a net book value of approximately $155 million, WorldView-4 was barely two years old at the time of this failure. For now, the satellite has been put in a safe configuration and its location and health will continue to be monitored by Maxar, a press statement said.

You may remember, the launch of WorldView-4 was plagued by mishaps as well. Wildfires at the Vandenberg Air Force Base in California kept the geospatial community waiting for almost two months before the satellite could take to the skies in November 2016. But given the demand for its crystal-clear, 30-centimeter commercial satellite imagery, 60% of its potential future revenue was under contract months in advance, driven primarily by defense and intelligence customers.

In fiscal year 2018 alone, the satellite generated revenues of $85 million (approx.) for Maxar. And now, the company needs to find ways to meet the commitments and obligations of its existing customers. Some of that demand will be met through Maxar’s other commercial space brands including MDA, SSL, and Radiant Solutions. For the rest, the space technology solutions provider may need to rope in outside resources. In any case, WorldView-4 is insured for $183 million, and Maxar intends to seek full recovery for its loss.

However, the failure does beg the question: Could it have been prevented? When the International Space Station can use robotics operations to maintain its external payload attachments, can satellites not be manufactured with a service model in mind?

Jonathan Goff, President and CEO of Altius Space Machines, an orbital logistics company, certainly believes so. For him, the answer lies in developing interfaces and vehicles that would allow a satellite to be serviced on-orbit, saving hundreds of millions in replacement costs. “With our MagTags magnetically-latched plug-and-play interface that we’re developing for NASA/DoD, plugging in a replacement CMG would be a straightforward option,” Goff explains. However, “the challenge is seeing if we can get any people to put these interfaces on their vehicle today even though servicing vehicles don’t yet exist.”

As Goff works through that chicken and egg problem, we would like to know your views on satellite servicing in the comments. For now, let WorldView-4 RIP.