Everyone who reads this blog knows that making a spatial analysis on any kind of data will reveal information, patterns and correlations that would be impossible to find in any other way. No matter if you’re talking about your company’s sales data, meteorological phenomena or analysing presidential elections… when you visualize the data on the map everything becomes clear and what you get is a pure knowledge. The problem is that most of the organizations don’t know how to use GIS or geoviz software and they don’t feel like investing in it… What if visualizing data on the map would be as easy as using Google Docs?

We believe this will be the new document type… Every user can and should be a cartographer.

So what is Google’s Maps Engine?

Essentially it’s an online tool which will allow you to easily create data layers in Google Maps by connecting several data sources starting from drawing your own maps, uploading spreadsheets, data from ERP systems like SAP and even GIS environments including ArcGIS and QGIS. Organizations will be able to use it as an online tool or integrate it within its own software using APIs. 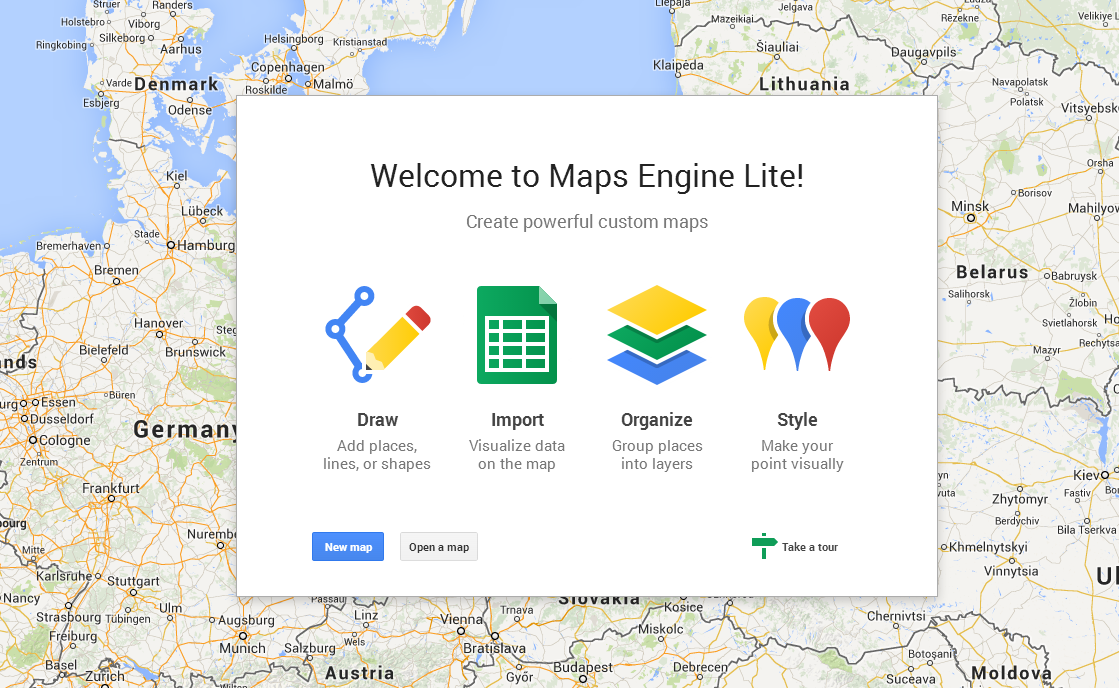 The new service has a several options: Lite, Pro and a free version for governments. Enterprise Pro version will cost monthly $5 per user per company but companies will be able to test the service with the Lite version which features limited map queries per day. Google is also launching a new free Public Data Program. The idea is to offer up a public map of e.g. new voting districts, transport routes, public works or any other kind of data in a way that can be easily searched via Google or other tools.

Will be a success?

Well, the answer to this question is in numbers… There are 1 billion of monthly users of Google Maps and over 1 million active sites and apps using the APIs. Although there are other tools like GeoFlow for Excel (recently rebranded to Power Map) Google has a big advantage… It’s Google… and everything it touches sooner or later has a big chance of becoming a world-wide standard.

But what I like about this news mostly is that ‘location’ is finally becoming an important part of business analytics, planning and decision-making. This means that spatial component will be soon a standard component of every software we use. 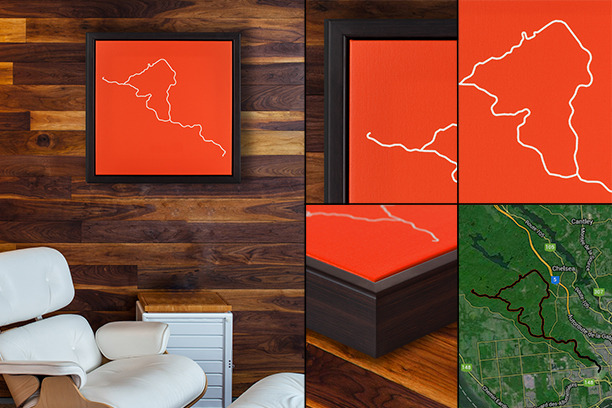 Over the years I’ve seen thousands of different mapping projects that were somewhere between art and cartography… non of them like that. The kickstarter project called “Your most memorable adventure displayed as personalized art” shows the pure beauty of location information. The concept is simple yet very unique:  you upload any trail, race, road, or path and they convert it into sculpture or canvas to display as art.

I like that idea a lot. The common experience with most  journeys I had is that the journey itself is more memorable than the actual destination. This project will take GPS route of your trip around Europe, marathon or hike and print it as a poster, picture or sculpture. Brian Le Gros the founder of the project says:

Our goal is to transform those travels into art that captures the essence of what we have accomplished.  Our goal is simple.  Create a memento of any route you take in life.

The products offered will not be cheap: $25 CAD for a basic 12″ x 12″ poster print and $100CAD for the smallest 12″ 3-D printed sculpture. But is it worth it? I can’t imagine any better present for anyone you’ve been a trip with. If you feel like supporting the project there are still 9 days to go. 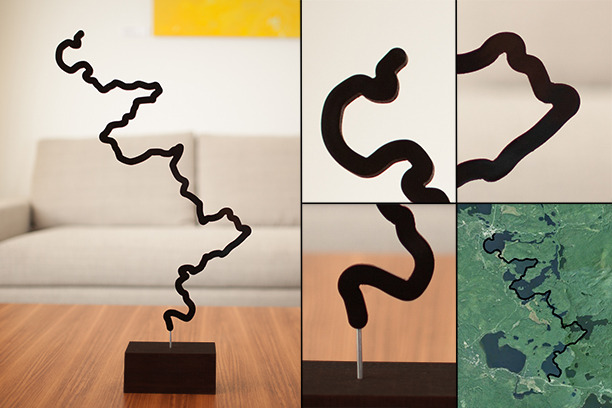