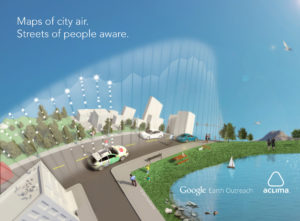 Air pollution is a serious issue in most cities across the world, a recent study from China is testament to how serious the issue is. In spite of all the awareness, it is still difficult to get access to air pollution data in the same way we can google for weather data.

Quite a lot can change if we had access to air pollution data in such an easy fashion. For starters, you can avoid commuting at a particular time if you realize the air pollution is too high in the route that you take. The city planners can figure out where they need to increase traffic restrictions and perhaps improve public transportation. The possibilities are endless and with such data easily available, if might even become an election issue (I certainly hope so).

As part of the Google Earth’s Outreach program, Aclima, California-based startup that works on Environment monitoring sensors, has been working with Google to equip the Google street view cars with their sensors to map air pollution. After 750 hours and 150 million data points, they are done mapping Denver and if you like to look at the insights from their project, here’s the link.

What the Aclima sensor onboard the Google car can sense

It’s a really interesting project and with Google involved in it, it has already captured the attention of a lot of people and hopefully when it debuts on Google Earth, even more people will start taking air pollution seriously. The only issue with such an approach is that the data is never going to be up-to-date! Unless of course, Google plans to drive around every single day of the year (which would be ironic, considering we would be mapping air pollution with cars). That’s where IoT sensors like AirBeam are going to helpful. There is a need for such data and the Aclima-Google partnership is definitely going to be a great help in getting more attention to the issue.

Wearable Tech has come a long way in the last 2-3 years and now we even have wearables for monitoring the environment. Organization like HabitatMap have been working on wearable air quality monitors for a while now (Related: Internet of Things, Maps & Environmental Monitoring). They are not the only ones, startups like Chemisense, TZOA Wearables are also working on this. Wearable tech together with Crowd Sourcing can really help bridge the data gap that exists today and help increase awareness when it comes to protecting yourself from pollution in general. (Related: With Wearable Devices That Monitor Air Quality, Scientists Can Crowdsource Pollution Maps).

New Maps feature shows that Google tracks your every move 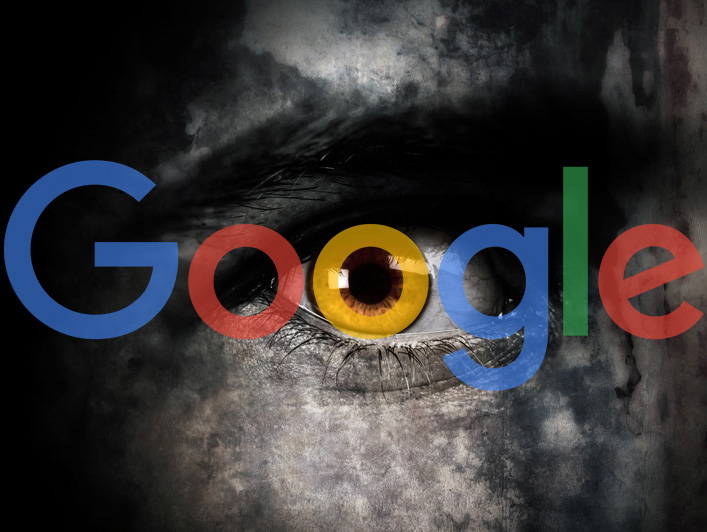 Most of us are aware that Google collects plenty of data about each internet user. We just don’t realise how much data it actually is and what the company does with it.

Google Location History is service that allowed to visualise your exact path on Google Maps of the last hour, day, week, month or even a year. The website was quietly existing for couple of year already but Google didn’t really advertised it. Until now. Few weeks ago Google rebranded it to Google Maps Timeline and added as a feature to Google Maps.

Google says that Timeline will help you to add spatial layer to your memories. In my opinion what it actually does is to show users that Google not only stores the information about our whereabouts but also deeply analyses it. The website clearly shows that Google analyses when and where your smartphone was. It knows that if you stay in a particular location everyday from midnight to 5am it’s most likely you home. Similarly it knows where you work. Based on your travel GPS patterns Google also knows if you commute by public transit, car or bike. By linking your longer stays to particular locations it knows where and how long do you shop or work-out. Moreover if you’re also using Google Photos, the company will link your pictures to a specific day and location.

It’s a lot of contextual data analyzed with a single aim – to make you click on the ad displayed you by Google.

But the location is of course one of the contexts. In fact there are a lot of other Google services which show that the company is carefully tracking your online activity. Google search history knows what you searched for and on which ads you clicked. The YouTube watch history lists all videos that you’ve ever watched on YouTube. YouTube also stores all your queries. Moreover Google has access to list of all devices that ever assessed your Google account. Google also lists an overview of all Google services you use in the Google dashboard. Finally all this information is combined and analysed to create your Google Ads profile.

With Google Maps Timeline Google is clearly trying to be more open. For many it might be just more scary…