Google Maps will predict your next destination 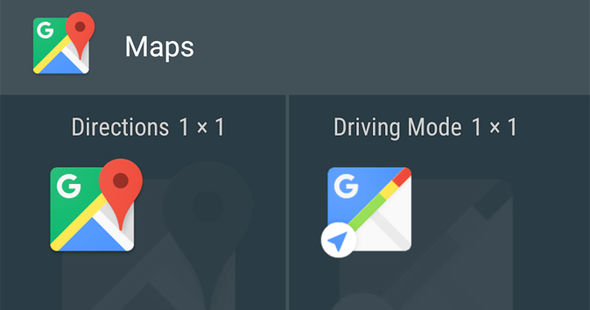 Google is rolling out an update to Google Maps for Android that includes a new Driving Mode feature.

Using your location history and recent web searches, Google will try to predict your next destination and send out notifications about traffic conditions, road closings, and other relevant information. With Driving Mode the app will offer addresses for home, work, or recently searched locations when you start the app.

Google already introduced a similar feature to Google Now – the virtual assistant built into Android. It also predicts certain things, such as destinations but this is the first time this kind of functionality made it into the Maps app.

The feature appears in Google Maps version 9.19.0 for Android and for now it’s quite difficult to activate. Lifehacker reports that in order to activate it you need to sign out of Google Maps in the app, turn-off and re-open the app. Now you should  see a “Start driving” button on the list of options under the left-side menu and after signing in back to Google Maps, the Drive Mode should start working.

Some users may have privacy concerns but Google makes it quite clear that it tracks your location. One of the hidden features called Google Location History has made it last year to Google Maps app menu. It shows you were you’ve been and how much time have you spend on different activities.

Driving Mode proves that the Google Now-like predictive services are the direction we will see in more and more Google’s products and services.

When you take your Uber ride you typically chat with a driver or play with your phone. There is between 15-40 minutes when you are sitting idle doing basically nothing. This is a really long time to be utilized and Uber seems to understand it.

Today, the ride-hailing giant introduced what it calls Trip Experiences. It aims to let third-party developers give users fun or productive things to do during their trip. The idea is that other apps and services can push you content during your ride. Using Uber API give developers access to your trip data like your destination and ride duration. This can be used to customise content the apps will serve you. Uber shows 4 scenarios:

Local Guides:  Insights and offers at your destination

Your home:  Turn on the heating when you’re headed home

Uber says it’s aware that with great power comes great responsibility, which is why the company claims that users will be in complete control of this feature. Also Uber’s developer terms prohibit them from using the tool to serve up unsolicited ads and promotions.

Uber Trip Experiences aim to enrich the user’s experience during the trip which is cool. It is also clearly in line with the company’s continuing mission to integrate with as many third-party apps as possible. Three weeks ago Uber partnered with Facebook to offer ride hailing directly from the Messenger app.

Trip Experiences are not a revolution but the feature brings Uber one step closer to it’s vision of becoming world’s top urban transportation service.