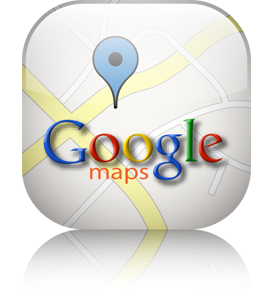 Google is pushing forward it’s location-based features. Two days ago with the latest Google Maps update on Android market (v 5.12.0) it added live nearby events layer to Place pages in New York, San Francisco, Paris, Zurich, and London, making it easier for residents and tourists to find something to do while being on the move. Google seems to be accelerating it’s LBSs by gradually adding new functionality…
It made me think about consequences of Google LBS strategy for the LBS market and it’s players.

Google location-based strategy
“There is something profound about location and mobile technology,” said Marissa Mayer, Google’s VP of
consumer products at SXSW Interactive Festival in March 2011.  Mayer divulged as well interesting statistics – 40% of Google Maps usage is actually through mobile, which adds up to around 150 million

mobile users. According to Nielsen research Google Maps are the most used app on Android phones and 3rd most used app on iPhones. From Pyramid’s LBS market forecast from May 2011 we can find out that global revenues of the industry are expected to reach US$10.3 bn in 2015… I guess that Google wants to take a major slice of this cake… Two months after a harsh break up with Yelp, Google has acquired Zagat, one of the most well-known names in restaurant reviews, which only seems to prove my suspicions.
So what does it mean for the LBS market and it’s major players?
For sure Google will give a hard task to smaller apps providers to compete with it’s obvious hegemony but looking at the big picture it will bring huge benefits for all the industry. LBS market has taken much longer to materialize than many predicted a few years ago. Looking at the Berg Insight LBS European market report from 2009 we can see that in 2008 in EU revenues from LBS were at the level of € 214 million and predicted to reach € 580 million in 2014. From the latest 2011 report we can find out that they forecasts are much less optimistic. In fact in 2009 European revenues from LBS were € 220 million and are predicted to reach € 420 million in 2015. Why is that? Basically because the technology is being adopted by users much slower than everyone thought it would. Surely several scandals with the location tracking technology in mobile devices had something to do with it.

Google will play a major role in the whole industry by bringing LBS to the mainstream and gaining broad market acceptance. This will be beneficial for everybody and will create a demand for LBSs. The only thing is to find a niche not to directly compete with the Mountain View Goliath. 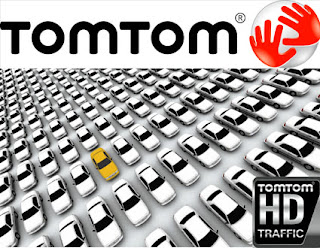 Yesterday TomTom announced that it will launch TomTom HD Traffic service in Czech Republic. It will enable drivers to take the fastest route to their destination based on the most accurate and real time traffic information. Including Czech Republic TomTom HD Traffic will be available in 23 countries. TomTom claims that with 80 million probes (cellular and GPS) worldwide its HD Traffic service covers 99.9% of the road network, covering traffic jams on main roads as well as secondary and local roads.
Let’s hope that this means expansion of HD Traffic service to Central and Eastern Europe (I’m looking forward to welcome this service in Poland :). However the market of retail PNDs is already very saturated in this region, the service is targeted as well to B2B clients with WORKsmart™ fleet management solution. In fact two days ago TomTom won 2011 GreenFleet Awards in IT Innovation category for its ‘Eco system’, which gives fleet managers the tools to promote and monitor eco-friendly driver behaviour, reduce fuel consumption and carbon emission = decrease costs. The system is actually based on a traffic data, therefore HD Traffic service expansion could mean one step further in the leadership in B2B fleet management solutions as well in this part of Europe.
source: TomTom