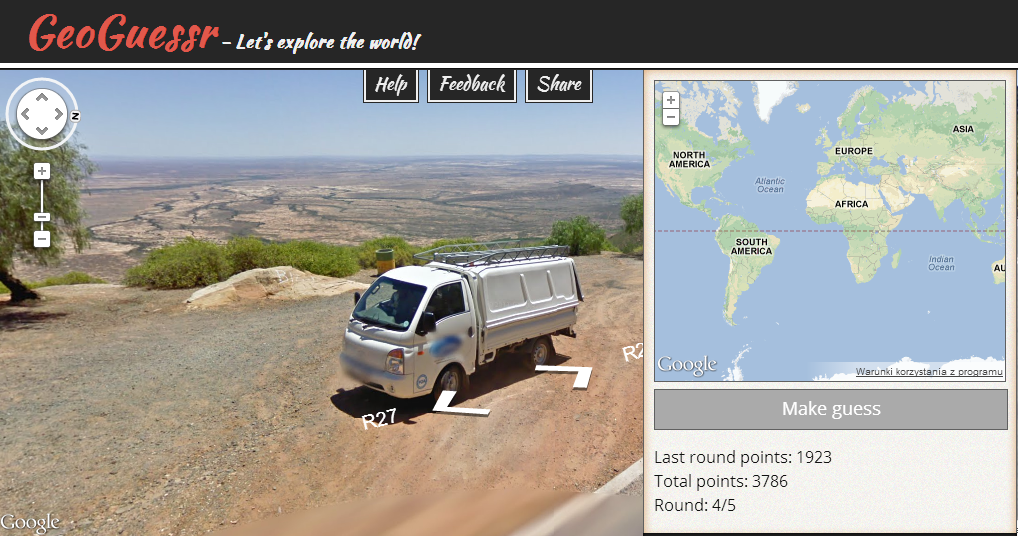 GeoGuessr is a Street View-based geography quiz that gives you the challenge of guessing the locations of a series of random Street View images. What you’ve got are clues such as the landscape around, cars, street signs to show on a global Google Map place where you think the Street View image was taken. The closer your guess to the actual location then the more points you win. Simple but can be addictive.

Say thanks for this article (3)
Aleks Buczkowski
946 posts
Want to be an author?

“PhoneSats” as the trio of low-cost, smartphone controlled satellites are called, may prove to be the least expensive satellite to be launched in space. PhoneSat is NASA’s very own Smartphone NanoSatellite. The main objective of the PhoneSat program was be to innovative and push the cost behind satellite launches down.

PhoneSat is NOT the first Smartphone NanoSatellite to be launched and by the look of things, it is just the beginning. PhoneSats have their smartphones enclosed in a 4 inch cubical. The smartphone inside the satellite will act as the flight control system. The camera and the sensors onboard the phone will be used to capture images and for positioning respectively. The biggest difference from the STRaND-1 (the first smartphone nanosatellite) is the ability to receive information packets from PhoneSat on radio frequency. In a sense, PhoneSat had democratized Satellite information.

Transmissions from all three PhoneSats have been received at multiple grounds stations on Earth. Besides that 200 amateur radio operators from all over the globe have received and transmitted the information sent by PhoneSats on radio spectrum, to NASA. The satellites are expected to be in orbit for the next 2 weeks. If you are an amateur radio operators, you will find this really interesting. Here’s the link to get you started. In fact, PhoneSat is scheduled to send picture packets to amateurs and we get a chance to put the pictures together to solve the “Globe” puzzle.

“It’s always great to see a space technology mission make it to orbit — the high frontier is the ultimate testing ground for new and innovative space technologies of the future,” said Michael Gazarik, NASA’s associate administrator for space technology in Washington.

Wondering what phone was used inside these Smartphone NanoSatellites?

The answer is Google-HTC Nexus One running Android Mobile OS. The smartphones were obviously “tweaked” around a bit, pushing the cost of the project components between $3500 to $7000. The smartphones did have fast processors, stable OS, multiple sensors, High resolution cameras, GPS/GNSS receivers and radios! One thing NASA just had to add to the arsenal – “A Larger, external Lithium-Ion battery bank” apart from a stronger radio transmitter.

P.S: We could use one for our smartphones as well, NASA 🙂 Guess its time I wrote to my sister in NASA 😉 Sis, forget the iPhone, get me that Battery bank that you guys have in NASA!!

Here’s the launch details and more information on the project.