The summer time is almost over and many of us visited amazing places. This week we’ve decided to refresh your memories and to check how the world’s most popular touristic attraction look like from space. Try to guess it and remember to share your score with the world!

What we’re reading this week – AI, Autonomous Cars and more 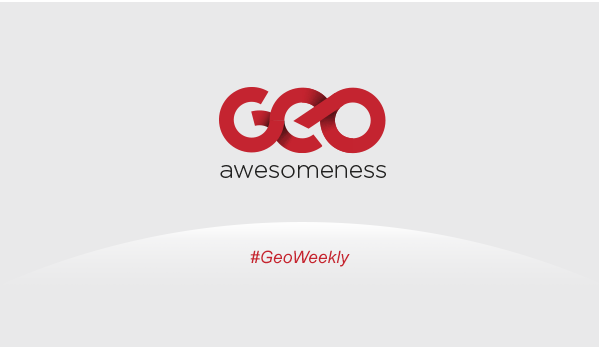 Uber: Interesting in hailing a taxi driven by a robot? Now, you can! Uber’s pilot program in Pittsburgh will assign autonomous cars to random customers later this month (read more). Why Pittsburgh? Wired has an interesting article that you might want to read.

TomTom: The dutch company signed a deal with Volvo to provide real-time navigation systems (read more). BTW Uber will use Volvo cars in their pilot program in Pittsburgh.

International Space Station: NASA is looking at the possibility of handing over the ISS to a private agency by the next decade (read more), just as the ISS got a fancy new adapter “International Docking Adapter” for private spaceflight.

Asteroid Mining: How exactly are private firms involved in the futuristic concept of asteroid mining, surviving today? Check out the article from Wired “How to succeed in the asteroid business without really mining“

Facebook:  Here is an interesting thread on the OpenStreetMap forum about “How AI applied to HighRes Satellite Imagery can help OSM Mappers?” by the social media giant. Facebook created “The world’s most detailed Population density map” earlier this year and is rumoured to be interested in investing in HERE. Wonder what the grander plan is!

Orbital Insight: The World Economic Forums’ 2016 Technology Pioneer announced a partnership with Planet (formerly Planet Labs) to use satellite imagery from the company to address the needs of the financial markets. Geospatial Big Data is here!

Maps: “Mapping of bike-sharing data will change the way you see these cities” by World Economic Forum

Mapping Fails: “Microsoft can’t tell North from South on Bing Maps” – that time when Microsoft got the location of Melbourne, Australia messed up!

ArcGIS: The ArcGIS Identity Crisis – How do you get your clients to view the maps you created.

TED: Really interesting TED talk by the CEO of Kaggle, a startup focussed on being the one-stop resource for data science.