Welcome to the 4th GeoawesomeQuiz! This week we promise it won’t be easy. Remember to take quizzes from the previous weeks. Have fun!

Species today are vanishing at a rate a thousand times higher than before humans existed. Some would even say that we are the worst thing that ever happened to Earth. Fortunately year by year there are more efforts for species conservation and protectiion of biodiversity.

One of them is a new tool announced on a Google Research Blog post called the Map of Life, which is a web service powered by the Google Earth Engine that can help to better define and locate species at-risk all around the world. The tool uses biodiversity data and high-resolution habitat information to locate and evaluate the actual conditions of species in greater detail than ever. It features almost 4 million records of 1 million species in 200 datasets.

At the fingertips of regional naturalists, conservation groups, resource managers and global threat assessors, the tool has the potential to help identify and close key information gaps and highlight species of greatest concern.

Lets look at the quick case study of the Tamaulipas Pygmy Owl, one of the smallest owls in the world that is restricted to highland forests in Mexico. The consensus range map for the species indicate its distribution of over 50k km2. But accounting for available habitat in the area using remotely sensed information shows a totally different picture. According to the data less than 10% of this range are forested and at the suitable elevation. 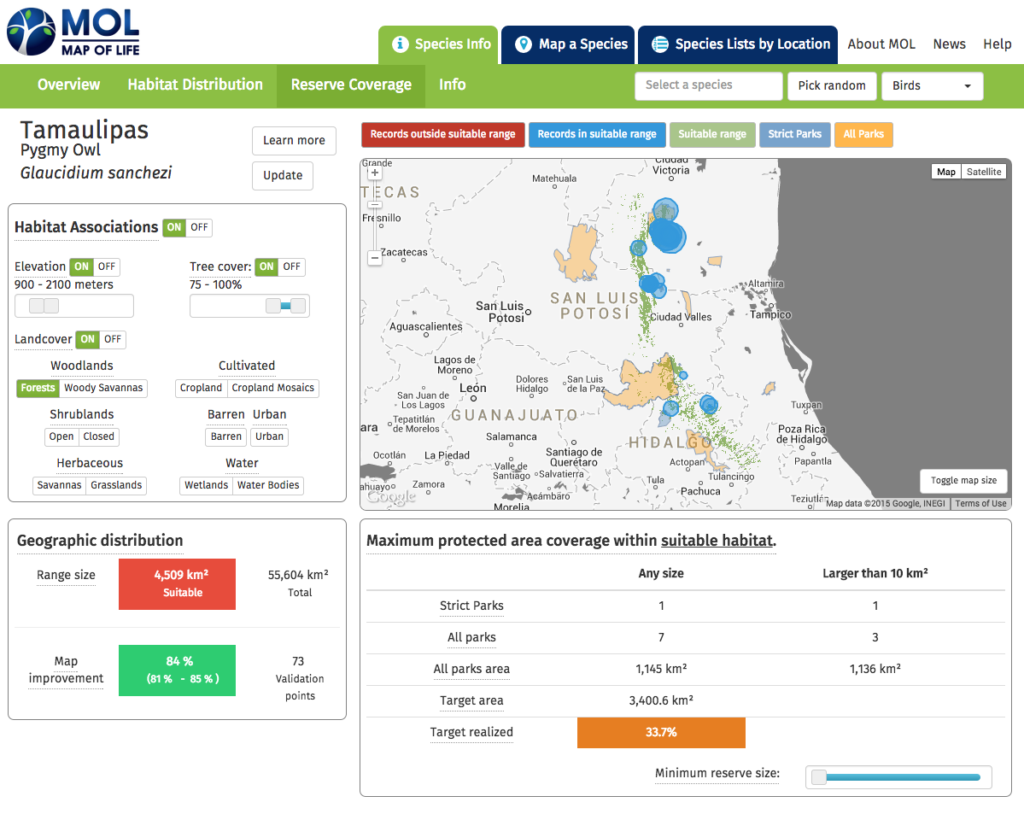