I can’t believe it’s already the 10th week of the year and the 10th GeoawesomeQuiz! By now our quizzes had been taken over 10,000 times. Have fun and check if you’re a real Geo-Geek! And of course take quizzes from previous weeks.

Apple is still serious about its Maps and expands Flyovers 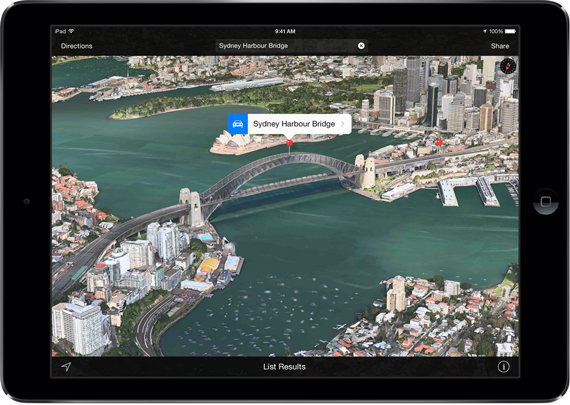 Apple is still serious about its Maps. When looking at Apple’s career website, you can see that the company is continuously searching for a fresh blood to its mapping department. It also announced the new partnerships with GasBuddy and GreatSchools in the US which might mean adding data from these start-ups to Maps.

Additionally last week Apple announced that it expands the Flyover feature with 9 new locations. If you never tried it, the Flyovers offer experience similar to Google Earth with 3D buildings. The difference is that the building were not manually created by users but
generated semi-automatically with a Lidar scans. From user perspective the 3D models are available directly from the app, so you don’t have to switch to Google Earth app. The Flyover shows up when you’re ‘above’ the city with have this feature available. When you click on it, the app takes you into a virtual tour around the city. It’s quite awesome but it doesn’t bring any added value to your everyday mapping. Nonetheless it’s worth trying it.

Th list of all supported cities is available here.