Geo Trends 2017 – What to expect across Geo Industries next year? 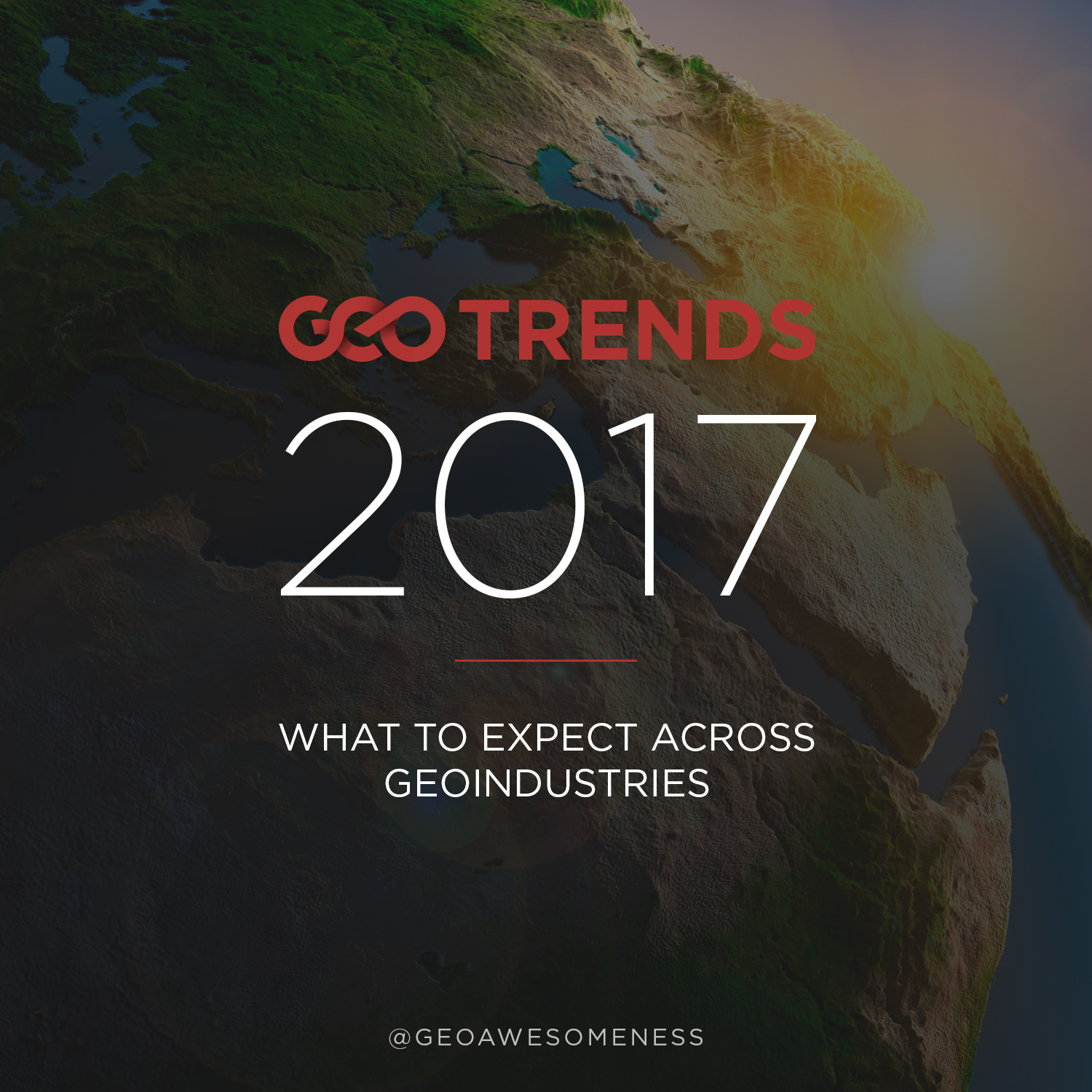 2016 was an eventful year with many of the predictions that our fellow GeoGeeks listed in their articles for ‘Geo Trends 2016‘ coming true, there is yet some time for the reflect on the year that has been.

Looking forward, what can we expect in 2017? What to expect across Geo Industries in the new year? We asked some of the biggest names in the Geo industry to look into the crystal ball and articulate what they think will be the biggest trends of the year.

‘Geo Trends 2017’ is going to be even grander than last years edition, stay tuned for articles from

From Research To Industry – The StreetScan Story

In 2009, a group of researchers from Northeastern University received a grant of $18 million from the National Institute of Standards and Technology to develop a new pavement inspection method (Voters Project).

$18 Million might sound like a lot for research work in the area of pavement inspection but  aging road infrastructure is a problem across the world with millions being spent on the upkeep and maintenance of roadways each year. In USA alone, more than 2 million kilometers are in poor or mediocre conditions, costing the taxpayers over $67 Billion in repairs and operating costs (American Society of Civil Engineering’s 2013 Report Card for America’s Infrastructure). The outdated methodology of making visual surface observations wasn’t helping matters either. Clearly there was a need for a better system. 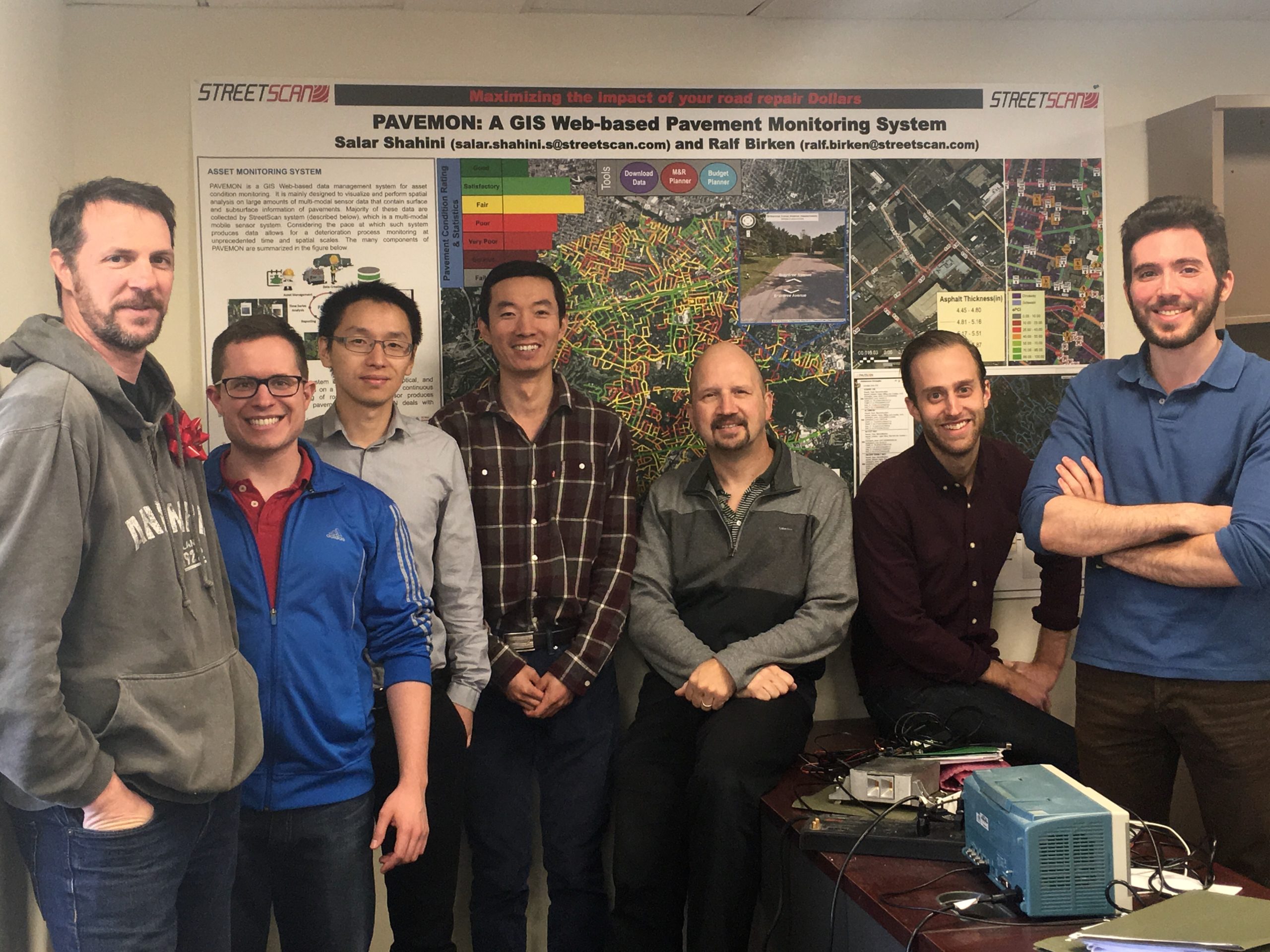 5 years later, the group from Northeastern University concluded its research work; coming with a prototype mobile sensor system capable of detecting road defects and a GIS application that could be used as a budget planning/maintenance tool for decision-makers to implement their infrastructure plans with a data-driven approach.

Realising the commercial potential and impact their research has, the researchers in the group decided to spin off and created the startup – StreetScan.

In fact, over the course of their research, the team published over 115 articles (publication list – last updated 2014). It’s not everyday that you see research work having an immediate impact on the society.

StreetScan’s end-to-end road inspection and management service comprises of two main components – the ScanVan, a van mounted with their data collection system and PaveMon, the GIS based planning tool for decision-makers and urban planners.

Side note: If you have a company let by researchers product names will end up being acronyms 😉 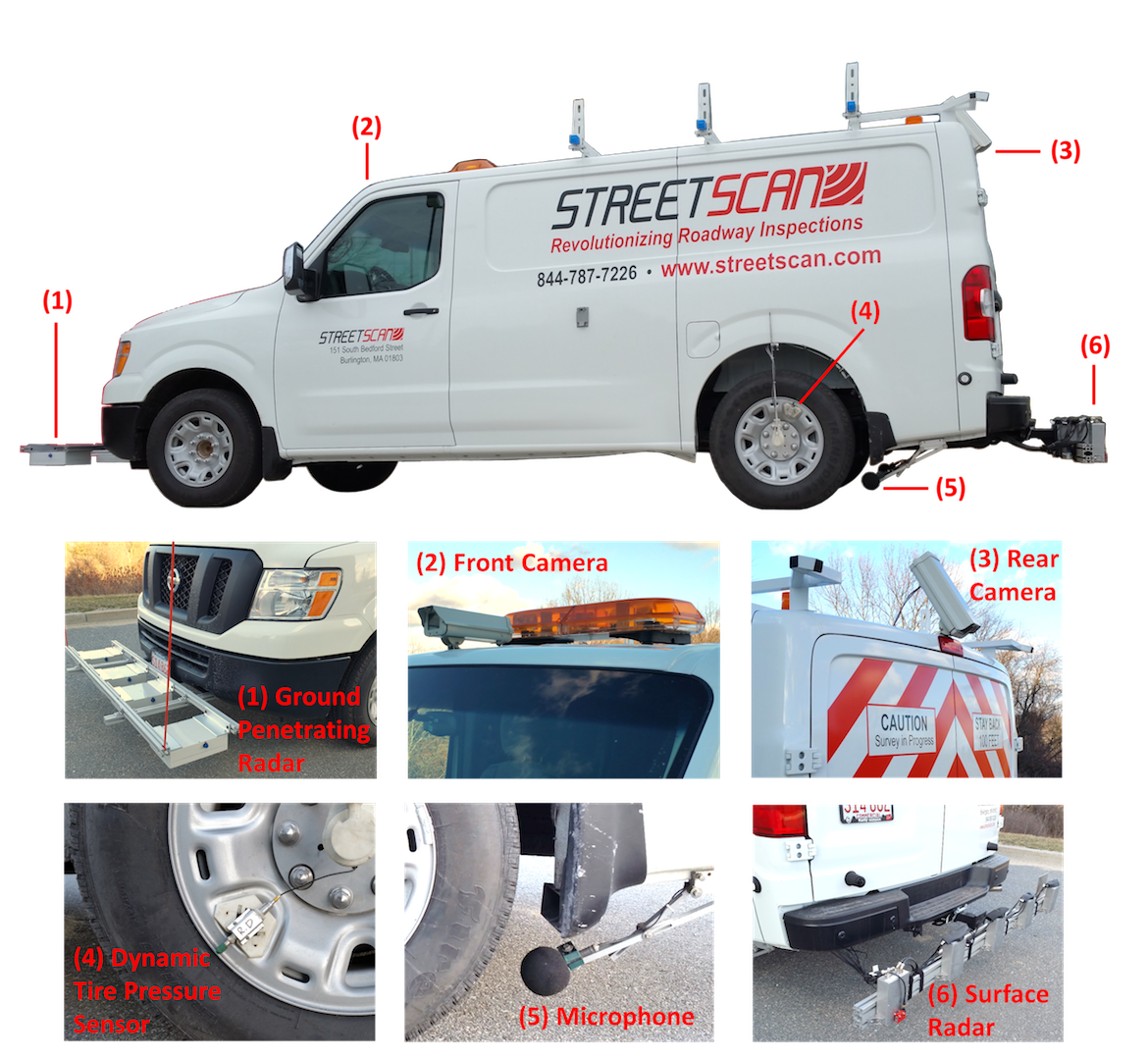 As the “ScanVan” drives over the road, a sensor inside the tire measures changes in the pressure caused by road bumps. A microphone, calibrated to only listen to tire/road interactions, senses jostling noises, and a mm-wave radar system scans the surface between the wheels, ensuring no defects were missed by the acoustic sensors. Two video cameras installed on the back and front of ScanVan help corroborate info from the other sensors while automatically measuring pavement cracks. In addition to surface, the ScanVan also gauges the internal damage to the subsurface layers with a ground penetrating radar (GPR) array.

“ScanVan” only needs 6 feet between itself and the next car but has to drive in each lane in order to ensure completeness in a multi-lane roadway and this is where being a partner of the Esri’s Startup Program proves really helpful for them. They use Esri’s network analyst to solve this special case of the ‘travelling salesman’ problem, ensuring that the data collection is effective and doesn’t involve making too much turns for the person behind the wheels (okay, that’s obvious use case for self-driving cars right there!).

Their partnership with Esri doesn’t stop with the network analyst. In some sense, they use the entire Esri pipeline for their analysis. All the measurements are geo-referenced and tied together with additional road identifier i.e. street names, etc. Of course, considering the amount and pace at which the system creates the data, the whole process is automated using the ArcPy library (Related: Programming in ArcGIS with Python – A Beginners Guide).

Visualising and Making Sense of the Data

All the measurements and analysis finally result in the “Pavement Condition Index” being computed for each road segment. Of course, presenting this information in a easy-to-use and visual is crucial and that’s where StreetScan’s Pavement Monitoring System (PaveMon) comes into the picture. 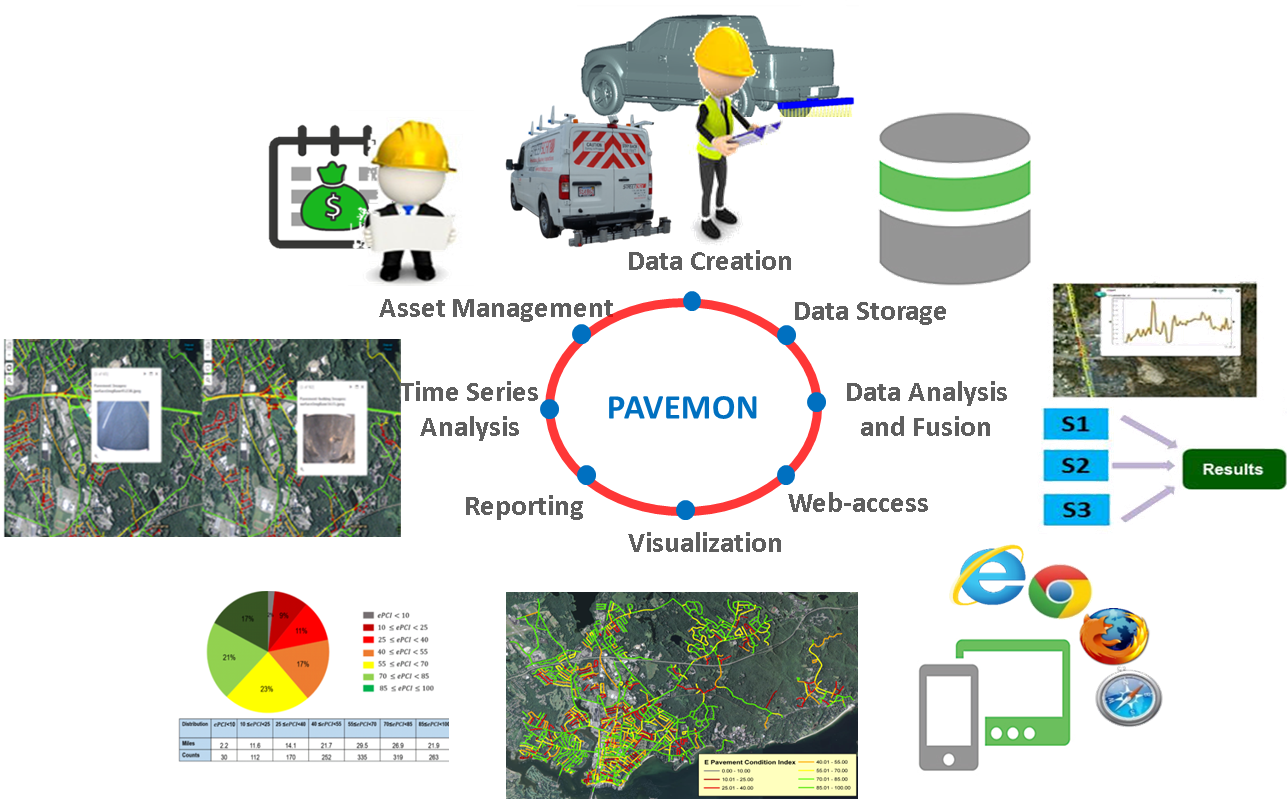 The last piece of the puzzle is planning – all the data will be useless if the authorities can’t decide which roads to repair first and how to plan their repairs over the next years. StreetScan’s Pavement Manager (PaveMan) not only projects how much it will cost to repair the roads but also takes into account other factors like weather to compute the deterioration of existing road conditions. Basically it’s the one-stop toolbox for planning and executing an entire road management program.

The best part about all of this is that all of StreetScan’s technologies and GIS application is already being used by cities. The City of Newton in Massachusetts had recently announced their new transportation strategy based on inputs from StreetScan’s analysis of the existing road network (Boston Global article).