Geo-Tagging has been used in a lot of cool and fun ways in the past. Most of us would have geotagged friends on Facebook and other apps sometime or the other. 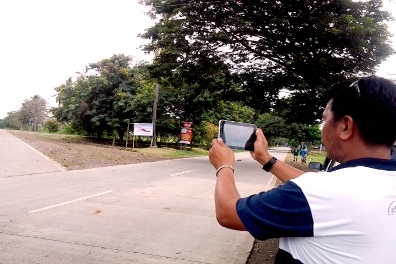 Word bank – Philippines to geotag projects to weed out corruption

The department of Agriculture in Philippines is now geotagging pictures and videos of their projects to help fight corruption. Well think about it – the idea is something very simple, very innovative.

The employees are armed with a GPS-enabled phone with internet connection and the application involves geotagging or attaching location information to pictures and videos and then uploading them to web based applications like Google which offer geotagging services for free.

This way the citizens are more aware of what is going on in their neighborhood and it ensures greater transparency in the execution of government projects.

Today, De Mesa  is the deputy program director for the Second Mindanao Rural Development Program or MRDP2 being implemented by the Department of Agriculture. Through the involvement of local governments and rural communities, the project has been able to raise the average household income of beneficiaries by 16% from 2007 to 2011. A success that augurs well for the future.

Nowadays, de Mesa’s team is leading efforts to train their co-workers within the agency and outside the department on the use of geo-tagging for project management. Their innovative use of the technology is the first among government agencies in the Philippines, and among the pioneers in the region.

“The beauty of geo-tagging is that one does not have to be an engineer to learn it. Anyone can learn the ropes” – Arnel de Mesa!

Well, I cant agree more with you Engg. Mesa!!

This Map Shows Every Place On Earth Meteorites Have Hit 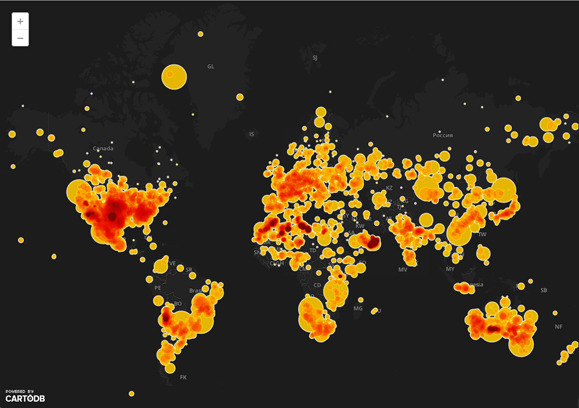 After last week’s surprise meteorite hit in Chelyabinsk, Central Russian that injured around 1,000 people, it’s quite a hot topic… and will happen again (Bruce Willis and Ben Affleck won’t save us). But what’s even more important, meteorites have been hitting Earth for thousands years with the biggest one which is marked by Chicxulub crater in Yucatán. It is more than 180 km (110 mi) in diameter and it most likely finished the era of dinosaurs and started the domination of mammals on the planet.

Using data from the Meteoritical Society, Javier de la Torre, co-founder of Vizzuality and CartoDB, created a neat heat map for The Guardian showing every point where scientists have discovered evidence of meteorite impacts.  The map shows 34,513 recorded points on Earth that have been hit by meteorites since 2,300BC. This makes it around 8 hits per year. Now imagine that earth is around 4 bln years old… it seems we are under constant attack…