Because you cannot play the Game of Thrones without maps

Maps are hypnotic. They have magical powers. They explain the genetics of our natural world in a way that words cannot. Maps take us back in time. Maps shove us into the future. They kindle our imagination. They invoke awe, and envy. And if there is anything we have learned from the Season 7 premiere of Game of Thrones, it’s that maps inspire courage. Because you see, maps have this uncanny quality of making everything seem possible… even conquering the Seven Kingdoms. 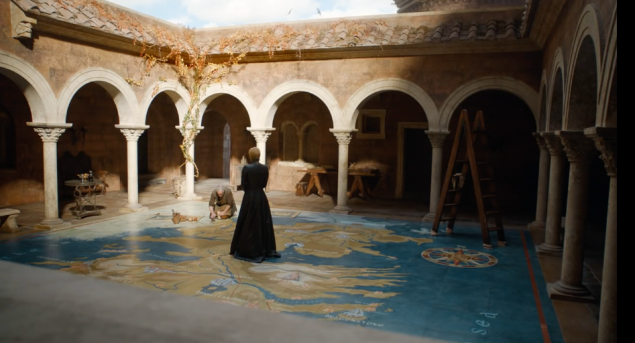 Game of Thrones took a spatial twist with the first episode of its latest season. As the episode began, Cersei and Jamie Lannister were shown having a conversation in one of the castle courtyards in King’s Landing. While an artist quietly covered the entire floor with a giant painting of the map of Westeros, Cersei mapped out her strategy for the conflicted territories at her feet. Key locations were identified and troublemakers were taken stock of.

Cut to the other most powerful queen of the story, Daenerys Targaryen, who returned to Dragonstone at the end of the episode to give us another dose of cartographic high. She bypassed the throne to go straight to the war room, aka the Chamber of the Painted Table, with her right-hand man Tyrion Lannister. There, waiting for her was her own handcrafted, highly-detailed, centuries-old map of the Seven Kingdoms – the table that was carved by Aegon Targaryen after he conquered Westeros. Fans would recall Stannis using this map to plot his attacks on both King’s Landing and the North. 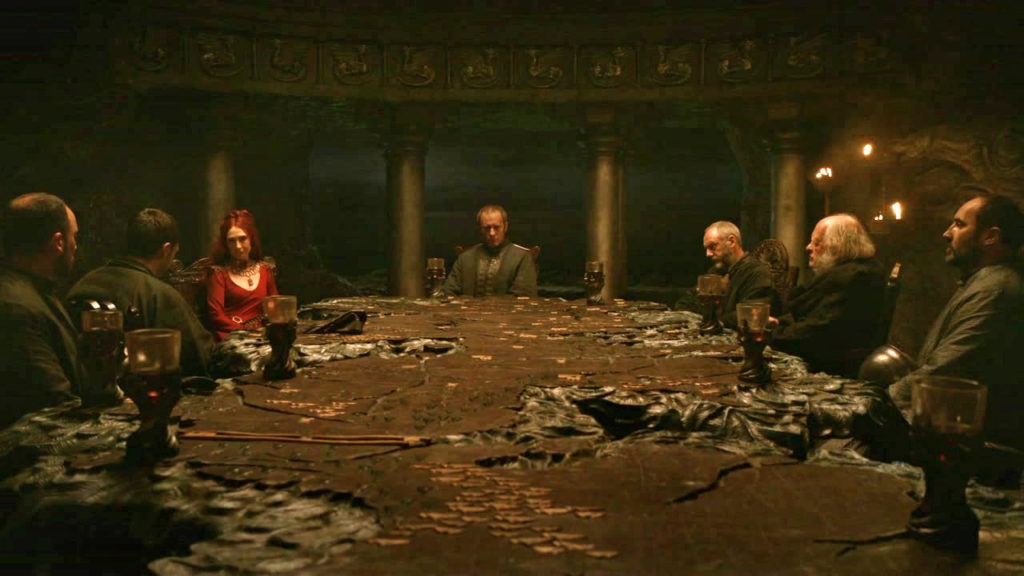 As a bonus, Samwell Tarly stumbled upon a map of Dragonstone which showed the location of a mine containing deposits of (gasp!) dragonglass – which, of course, is now more precious than gold. And Oldtown also appeared on the map for the first time.

So many topographical references were enough to send map lovers on Twitter in a tizzy, with some cheering the Mother of Dragons for scoring over Cersei by having a 3D map! Take a look:

in tonight’s #GameOfThrones premiere we learned that you can’t be queen without a giant map of westeros to walk around while scheming.

Why Python is the Future of Web GIS? 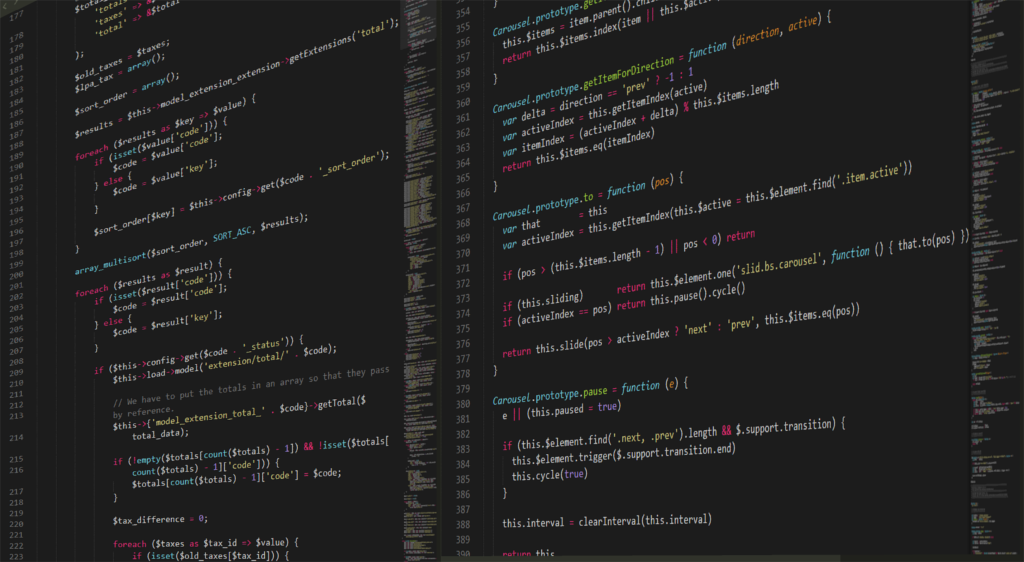 My first article on Python for this blog was called “Python programming: a beginners guide”. Someone asked me if using preconfigured tools applied to GIS data made you a programmer. Fairly, I don´t think so. Using a buffer tool in arcpy doesn´t make you a programmer, but if you use such a tool inside a larger application script, this qualifies as writing an application instead of a script. And creating applications is what programming is all about. However, with regards to Python as a language, the distinction between scripting and programming may not always be very clear.

What is interesting though is that over the last six months, I´ve been starting using Python tools that surpass desktop GIS (and therefore the scripting/programming dichotomy). Especially Esri´s Python API combined with Jupyter Notebooks has been a great new tool that is much more than a series of preconfigured GIS tools and offers a great introduction to Esri´s concept of web GIS, whether that´s ArcGIS Online or Portal for ArcGIS. Which brings me to the next point:

What I mean by this is that you can use Python as you would use Window´s File Explorer to manage data, load it, process it and visualize it as you want. After working with Jupyter Notebooks, which let you do all these operations through a browser, I asked myself the question if these were the new IDEs for writing scripts and applications. Jupyter Notebooks offer impressive capabilities that surpass those of IDEs, mainly because they integrate code with visuals, such as graphs and, in the case of Esri´s Python API, 2D and 3D maps. They´re great for organizing and testing code in small chunks and have the results returned instantly, literally on the same page as where you write the code. This is not possible with an IDE, that returns code results in a shell and cannot be deleted unless you restart the IDE. (That being said, I don´t think Jupyter Notebooks will replace Python IDEs as they don´t allow you to create complex applications.)

One major difference between arcpy for ArcMap and arcpy for ArcGIS Pro is the Python version used in the background. Most discussions about the differences between the two ignore the fact that Python 3 is really a redesign of certain parts of the language, which is why it has a different version number and is considered a major upgrade. This explains why a site package as arcpy for ArcMap (that uses Python 2.7) has such idiosyncratic commands and tools, while the new Python API for ArcGIS is structured and reads more like pure Python, making it more accessible for Python developers new to GIS to use and learn it. This may help Esri to attract more non-GIS developers to using their platform and tools.

Let´s face it, version control and package management with Python is a challenge. Having an application that does this for you makes your life easier– and this is what Anaconda does. It also provides you with the Jupyter Notebook app that was mentioned before. While at first I was suspicious about its usefulness, I now prefer Anaconda to using virtualenv whenever using Python 3. It also works fine if you have Python 2.7 installed, which comes with ArcMap (the trick is not to add Anaconda to you PythonPath as not to mix up both environments on the same machine). Esri also realized it would be more convenient to offer arcpy through Anaconda rather than shipping it directly with ArcMap or Pro. This will be taken care of in upcoming software releases.

Esri now ships the SciPy stack with each install of ArcMap and Pro so that you don´t have to install the packages yourself. Although the individual packages of this stack are geared towards the scientific community, GIS analysts and cartographers can use them to their advantage, for example by including simple plots from the matplotlib library. If you use pandas and Numpy together, you have a something similar to what the R language offers. Again, Jupyter Notebooks are the perfect environment to write all your code, comments, results and graphs.

Marketing-wise, it´s interesting to see that Esri has adopted the slogan “The Science of Where” to emphasize its scientific roots. The partnership with Continuum Analytics (the company behind Anaconda), shipment of the SciPy stack with ArcGIS and the creation of the ArcGIS bridge for R users are all recent initiatives to bring different communities together through technology.

GeoPython is a European Python conference for the geospatial community. Here, new projects from the open source community, as well as proprietary vendors, are shared. If you didn´t visit the event, you might be interested in the Github repository that shows all projects that were presented at the last edition, earlier this year in May.

This is mainly a repetition of the last two points, but there´s more: there are many open source tools that extend commercial GIS. Many of these are distributed through the PyPI Python Package Index, although Github is taking its place slowly. You will be amazed by the amount of search results when you search for “GIS”, “Geo”, or “esri”. An open source package called ArcREST offers a set of python tools to assist working with ArcGIS REST API for ArcGIS Server (AGS), ArcGIS Online (AGOL), and ArcGIS WebMap JSON. In addition, if you use Anaconda as a package manager, you can search for packages by using Anaconda cloud or browse through the 1000+ default packages that come with its installation.

Although desktop GIS will not disappear anytime soon, web GIS is the wave of the future. Python is a great tool for creating workflows using Web GIS, which is another reason to start learning it. Instead of relying on desktop applications, you can reproduce much of its functionality outside such an application, for example by using a Jupyter Notebook and take the functionality, data and tools you need by using web APIs, create your own workflows and share these with others. Python can be used as the language that ties all of this together and the possibilities are endless.