Analysis of location data can give you answers to many questions. Foursquare is trying to prove that you can use location specific data about people behavioral patterns to predict iPhone sales during the first weekend it hits stores around the world.

The company analyzed foot traffic at Apple stores leading up to the launch of the iPhone 5, 5S, and 6 and combined it with Apple’s public sales data to come up with a prediction that during the launch day foot traffic will be about 360 percent of a typical Friday, which means that iPhone sales could be between 13 million and 15 million over the weekend (last year it was 10m).

Are these estimations correct? One could argue that it’s an easy to make guess. We’ll see next week. You can get some more details on how 4sq did the calculations here.

[Update Sep 29th, 2015]
Apple reveled that the sales of iPhone 6s and 6s Plus reached the level of 13M during the first weekend. So Foursquare’a analysis was correct!

Below you can find an interesting visualization that shows a foot traffic at the One Stockton Street Apple store in San Francisco during a typical week.

#GeoawesomeQuiz – Can you recognize a city based on Flickr photos density? 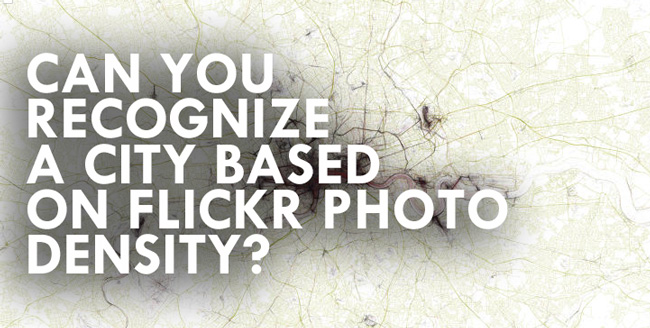 Welcome to Geoawesome Quiz number 39. Do you remember Mapbox‘s project about visualizing all geotagged Flickr photos from the last 10 years. Today we’ll check if you can recognize a city based on these maps. It might be a little bit difficult.