Foursquare brings back badges and mayorships to Swarm app 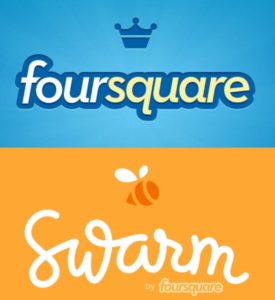 Almost exactly a year ago Foursquare announced it was splitting its app in two – location discovery – Foursquare and check-in – Swarm. Since than the company has faced declining interest from users as well as a wave of departures of employees who didn’t see the vision behind the new strategy.

Last week Foursquare  released a new update to Swarm app which brings back some of the original gamification features, such as new badge-like stickers and mayorships. In the original Foursquare app, users earned special badges when checking in at certain locations or on specific dates. For example checking in at multiple airports earned you the “jetsetter” badge. If you were a user who checked-in to particular place the most times in the last 60 days you would became a “Mayor” of that venue. For most users it was the most important feature. Dennis Crowley, Foursquare co-founder and CEO commented:

The overall theme of our work on Swarm is about how we can make it more fun. When we split off Swarm we focused on the core utility of finding friends nearby, and then we built messaging into it, but there was a minimal amount of game mechanics. We wanted to revisit Foursquare game mechanics, which had become stale, and reinvent them with this new release.

This week Foursquare released 100 stickers which company says “evolved from old badges, and offer a lot of new challenges.” Crowley explained that one of his biggest problems about badges was that you couldn’t do anything with them. With stickers in Swarm, users can post them to their check-ins, stamp them over a photo, or send them in a message. But Foursquare did one more thing which will make the original users happy. Together with the new stickers you’ll be able to access your Badges collected in the old Foursquare app. Cool! 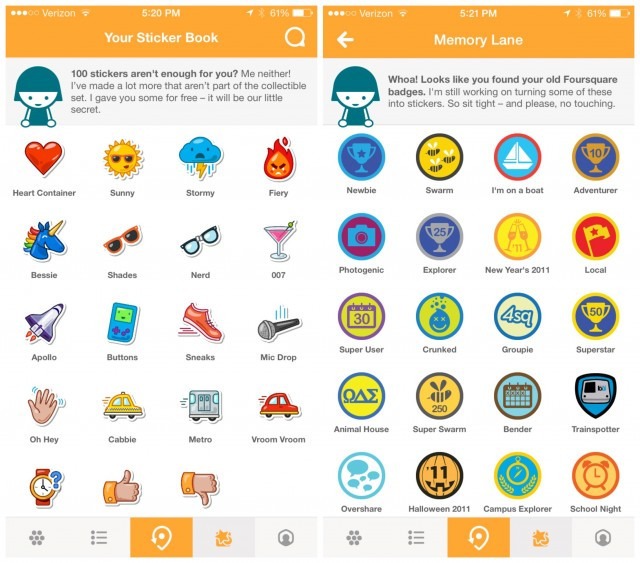 The new version of Swarm app will also see the introduction of “Coins,” which will take into account the value of your check-ins, stickers and other collections. The Coins will feed into a leaderboard where users can compete with their friend network specifically as opposed to with the entire Swarm community.

Will this update be enough to revitalize its user growth and bring back its original users who have become less interested since the split into two products, or is it too late to re-establish these gaming aspects of the original app? Let us know what do you think?

Over the years, we have seen Google Maps in different Avatars, as a Pac-man game, GeoGuessr and many others. Add “Google Map in Lego form” to that list – Brick Street View, designed by Einer Öberg is a cool web application that renders Street View locations in Lego format. Yes, it even has Lego cars and plants in the landscape. The application works exactly the same way that Google Maps does but instead of dragging a street view icon, you “Grab the hand” of your Lego tour guide 🙂

Once you enter street-view, the buildings are hard to recognize. To be fair, It’s not that easy to get everything working in a project that is just an experiment. Kudos to Einar öberg for this geoawesome application.

Want to know more about the technology (& libraries) behind Brick Street View – here’s the link.