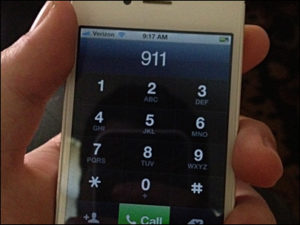 Introducing E-calls system was a painful project for wireless carrier all around US and European Union. The project aims to automatically provide a position of a person dialling 911 in US and 112 in Europe. I haven’t seen any stats but I can imagine that this initiative saved a lot of lives.

Now the FCC went one step further. The newly approved rules says that within two years, carriers will have to give an indoor position within 50 meters in 40 percent of cases. Within five years, the location will have to be accurate in 70 percent of cases. This will mitigate the problem which emergency services had to locate people inside large buildings like shopping malls.

The FCC noted that “no single technological approach will solve the challenge of indoor location, and no solution can be implemented overnight.” Various vendors already provides indoor location solutions to carriers. But the fact is that this initiative might push the indoor industry forward. It might also create new business opportunities for carriers which are learning how to monetize our location-based mobile singling data.

We are waiting for a European Union to set up a similar initiative.

Spying your phone’s location with its battery usage 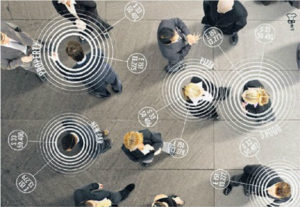 At Geoawesomeness we often discuss many different positioning technologies, so might probably know that there are plenty of ways to pinpoint you location including satellite systems, Wi-Fi, Bluetooth, 3G, but also accelerators in your smartphone or even magnetic field measurements. Now researchers from Stanford University and Israel’s defense research group Rafael have created a new technique they call PowerSpy, which allows for tracking the location of each Android phone by monitoring its power consumption over time.

PowerSpy is based on the fact that a phone’s cellular transmissions use more power to reach a given cell tower the farther it travels from that tower, or when obstacles like buildings or mountains block its signal. Specific changes to battery level creates a profile of a route which is than compared to the database in order to identify your exact route. That correlation between battery use and variables like environmental conditions and cell tower distance is strong enough that momentary power drains related to a phone conversation or the use of any other app can be to a certain level filtered out.

This technology requires a creation of a specific battery drain pattern of each road but once it’s achieved the researchers were able to identify the route of a car driving around California’s Bay Area and the Israeli city of Haifa with 90% accuracy. The accuracy highly depends on how many apps are installed on the phone. The more apps you have, the more difficult to filter out the noise.

Of course this technology is not a competition to GPS but it represents a privacy problem that Google hasn’t considered. Unlike the GPS and WiFi, apps do need to ask the user’s permission to access battery use data. The power consumption data are available to all apps for the purpose of debugging. Potentially it might create a loophole which could be used by low enforcement agencies to track your movement.