Taking Mapping to the Skies: the UAS way 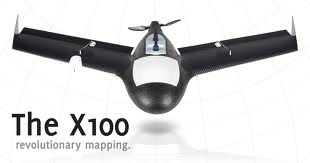 The first thing that comes to my mind (probably to most Geomatics graduates from India and the rest of the world as well), when you say surveying and mapping  – the long hours in the hot unforgiving sun carrying those “wonderfully heavy” equipments around!  Right, I know you must be thinking what happened to all the stuff you guys study about Remote Sensing and Photogrammetry. Well, Agreed! Frankly its more fun using Google Earth or Bhuvan to zoom around the world and measure things than sweating it out in the field for the entire day just to end up mapping less than a mile.

So its Aerial photogrammetry to the rescue then, but  most of these “Mining Engineers” just don’t want to wait for us Geomatics people to get our aerial/satellite imagery, do those “fancy” image processing to create orthophotos and elevation models for their open-pit mines. In fact, these guys dig so much and so fast that sometimes you need to find new satellites to get latest pictures to get the maps updated.

In comes an idea that probably has been around for sometime now as a research concept but these guys from GateWing, have taken it commercial with X100 – an Unmanned Aerial System!

So whats the idea! Well Imagine, a small remote-controlled UAS with a catapult launcher and a built-in camera for aerial photogrammetry. I must admit it sounds rather interesting, I mean think about it. You could just program your X100, go to the field, “Catapult” your UAS and built Digital Surface Models in quick time.

Gosh, this to me really sounds more like playing Angry birds  – the Surveying Series!

This means you could generate aerial photographs any time, even under cloud cover (I am not sure whether the camera is infra-red) since its going to fly below the clouds anyway. With an advertised resolution of 5cms at an altitude of 150 metres and a software for flight planning and a built-in GPS for navigation, this little flying machine could make surveying almost not necessary any more.

Clearly a competitive mapping solution that will change the way we do mapping provided the resolution and quality of the aerial photographs are sufficient for the application. Aerial Photogrammetry with the high-resolution and expensive cameras will continue to have their space with their superior quality control and resolutions. The X100 marks a new beginning in automated aerial photogrammetry, bridging the gap between photogrammetry and surveying in its own sense.

The age of Any Time Mapping eh!? Who knows, it just might be it!