Russia declared a state of emergency on June 3, 2020, after a fuel tank holding 21,000 tons of diesel oil collapsed in Arctic Circle near the Russian city of Norilsk. It is suspected that melting permafrost caused the tank to collapse.

Citing Rosprirodnadzor, the Federal Service for Supervision of Natural Resources in Russia, USA Today reports that 6,000 tons spilled onto the ground, while another 15,000 tons got into the water – infusing oil products into the Ambarnaya and Daldykan rivers and in almost all their tributaries.

Satellite images show leaking diesel oil floating as far as 7 miles from the accident site, turning vast stretches of the Ambarnaya deep red. In the below animation provided by the European Space Agency, diesel oil is clearly visible in the images captured by the Copernicus Sentinel-2 mission on May 31 and June 1: 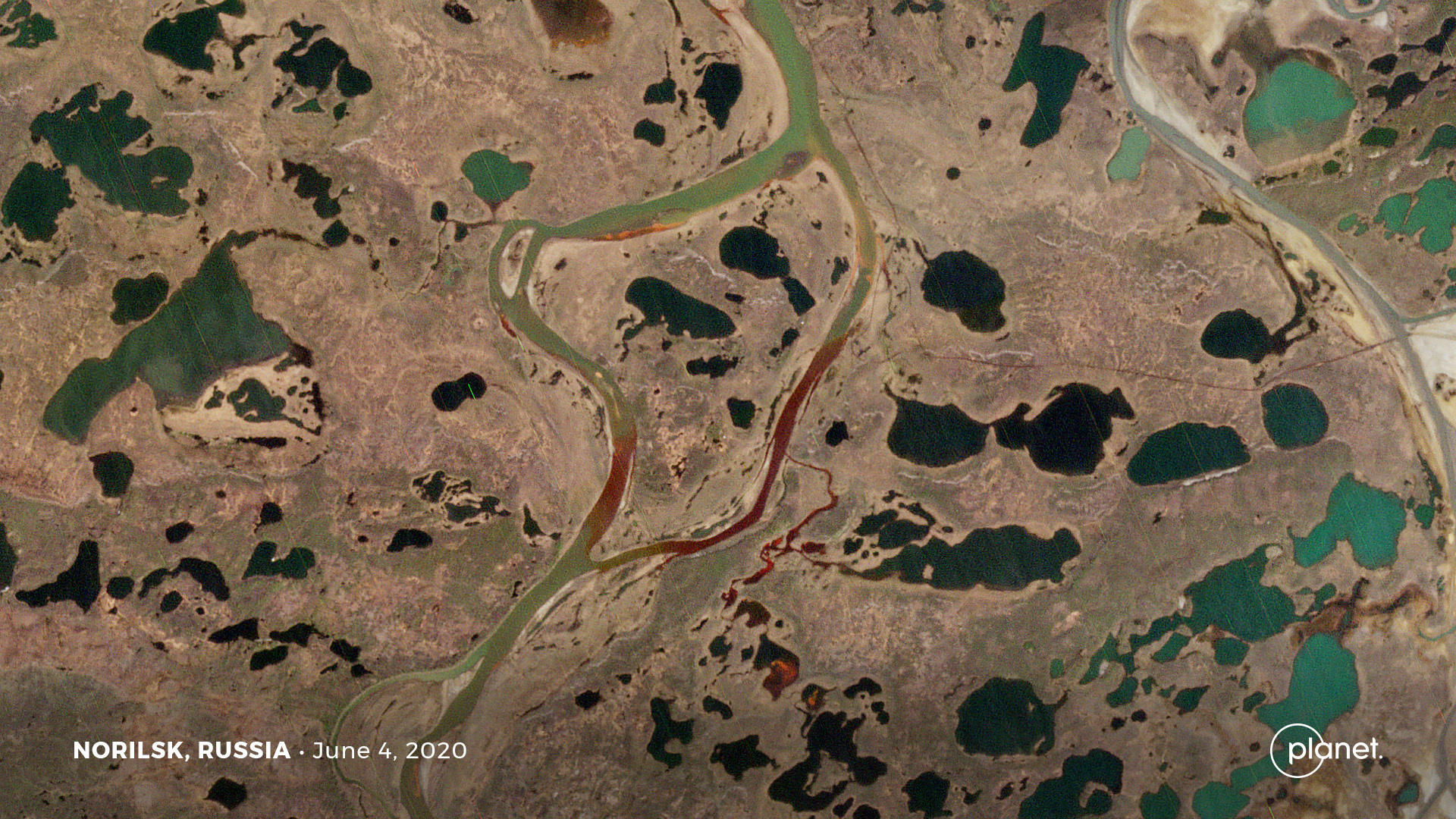 In new satellite imagery captured by Maxar on June 6, mitigation and cleanup operations could be seen. Multiple oil containment booms have been placed along the Ambarnaya in an attempt to contain the oil and prevent it from flowing downstream: 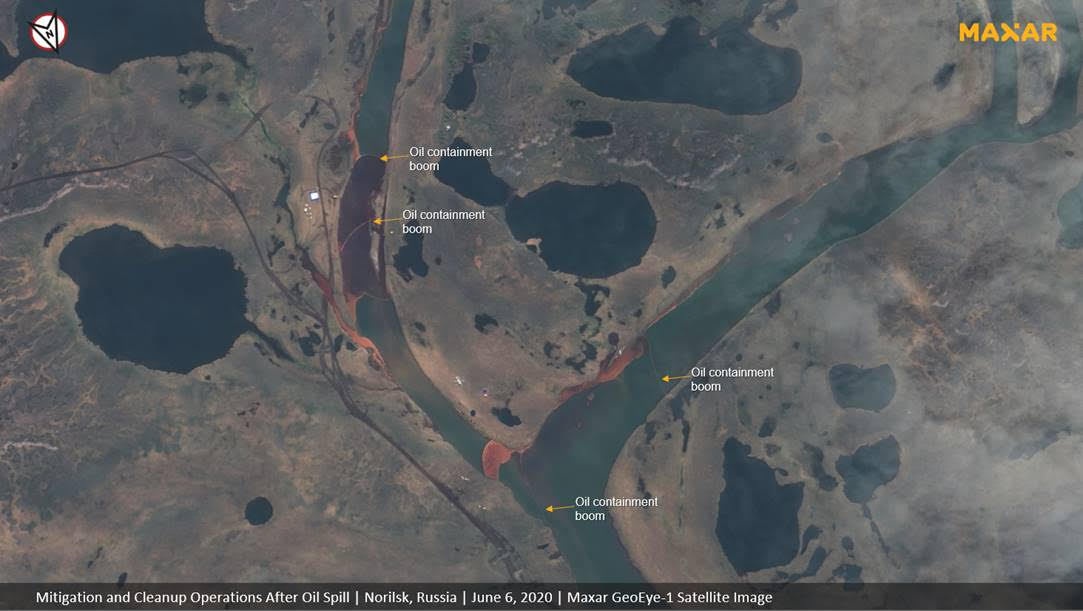 The Ambarnaya River flows into Lake Pyasino – a major body of water and source of the Pysaina river.

According to Russian media, the containment team had already cleaned about 53,000 cubic feet of soil at the site and pumped out 201 tons of fuel by June 6. More than 130 tons of oil had been removed from the Ambarnaya river as well.

Greenpeace believes that the damage to water bodies alone the spill could amount to more than $85 million. 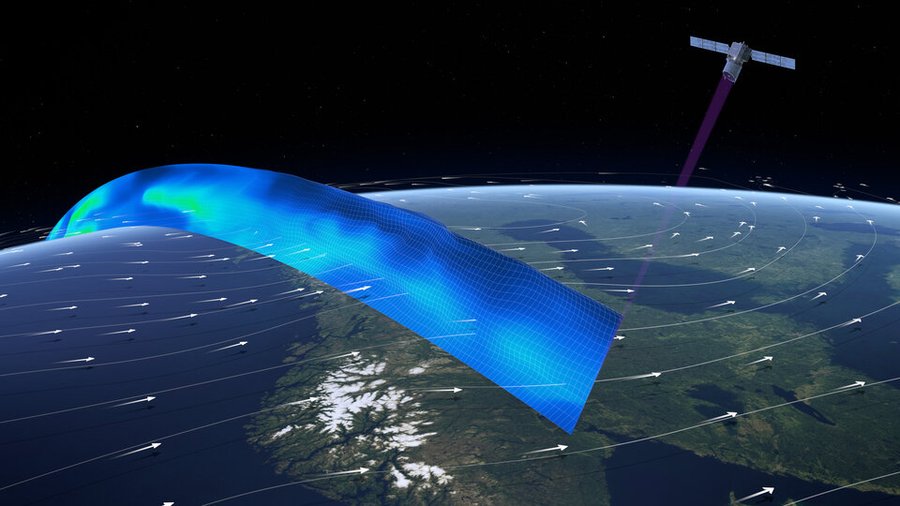 Aeolus, the wind satellite launched by the European Space Agency (ESA) in August 2018, is ready to share its novel observations with the world. Weather forecasting services and scientific users can now access the data captured by Aeolus in less than three hours of measurements being made from space.

The availability of Aeolus data beyond its core user community is significant because Aeolus is the first satellite mission to directly profile Earth’s winds from space. Not only can its data be used to understand how wind, pressure, temperature, and humidity are interlinked in climate research, but it can also contribute to near-real-time weather forecasting

The earth exploration mission is aptly named after Aeolus from Greek mythology, who was appointed as the ‘keeper of the winds’ by the Gods. The satellite carries one of the most sophisticated scientific instruments ever to be put into orbit – the Aladin.

The Aladin leverages breakthrough Doppler LiDAR (light detection and ranging) technology to generate pulses of ultraviolet light that are beamed down into the atmosphere to profile the world’s winds. 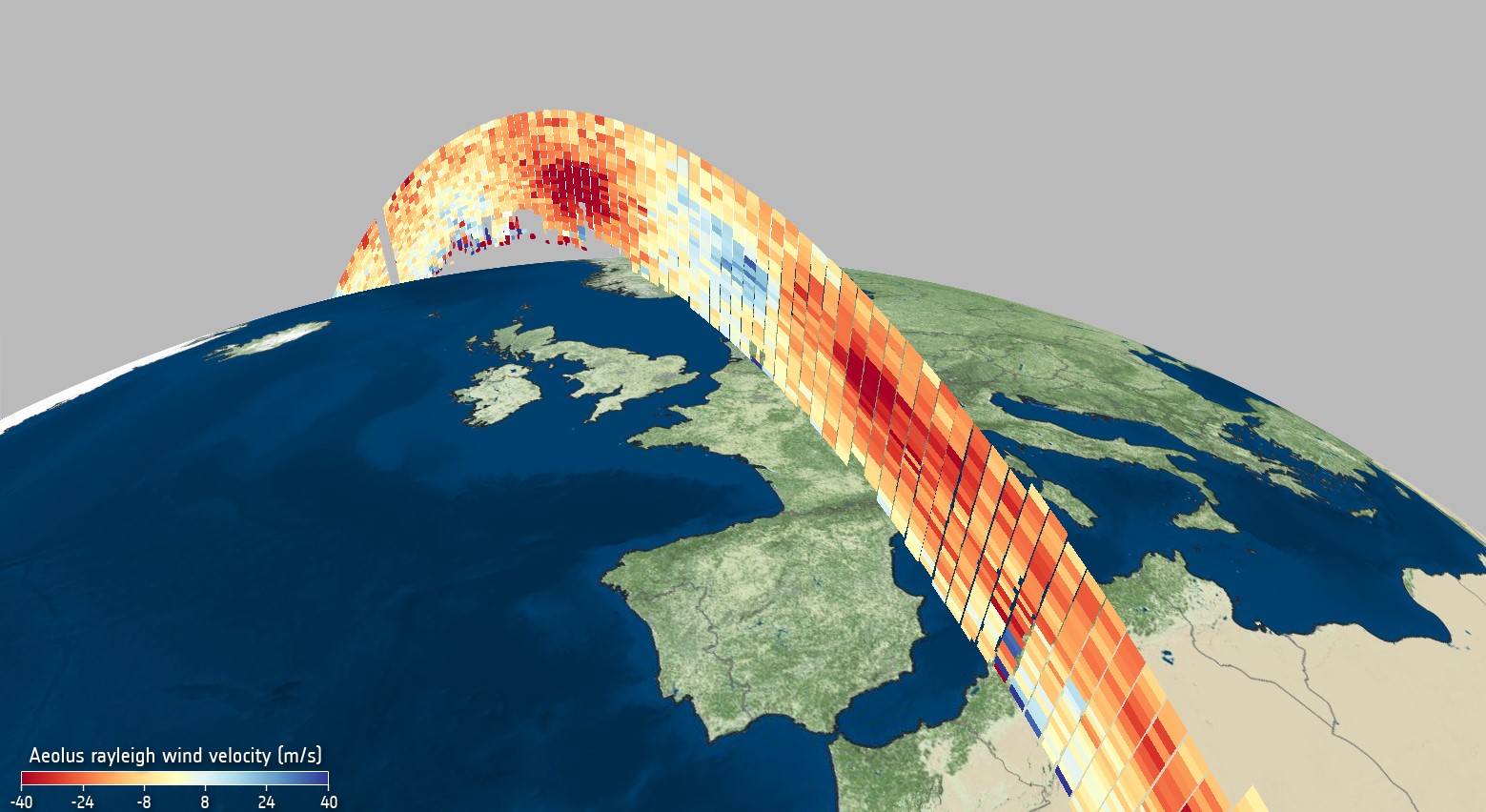 How the wind influences the exchange of heat and moisture between Earth’s surface and the atmosphere is an important aspect of understanding weather phenomena like climate change. According to ESA’s Peggy Fischer, a huge amount of work went into perfecting Aeolus’ data before the data was made accessible to the public.

“This satellite technology is completely new so we have had to understand and correct certain biases in the data that were not known before launch. To do this, key Aeolus experts from different organizations worked together in the Data Innovation and Science Cluster team – the Aeolus DISC, to validate and optimize the data processing and bias correction methods,” Fischer explained.

The data will be distributed by the European Organization for the Exploitation of Meteorological Satellites or EUMETSAT. European national weather services and the entire World Meteorological Organization (WMO) community will be the immediate beneficiaries of Aeolus near-real-time wind products.

Interesting: It snowed in Sahara and we cannot stop staring at pictures