Robotics and geology aren’t two topics that are mentioned in the same sentence very often, let alone being someone’s area of expertise. Geology looks at the past and Robotics, well, is the stuff of future (and scary science-fiction) so when I came across an interview where the guest (Dr. Scott Nowicki) is an expert in both, I was rather intrigued. A geologist by training, going from studying rocks on earth to working on the mars rovers (spirit and opportunity) to now integrating robotics, drones and remote sensing at Quantum Spatial to tackle the problem of utility management, Scott’s amazing journey is one of those stories that all make sense when you are connecting the dots backwards.

Scott is the lead R&D scientist for Quantum Spatial and among other things, he and his team are working on solutions for the (electrical) utility industry – change detection for substations and power distribution lines.

What’s so special about change detection, you ask? Well, here’s what I would like to say without going into too many details and spoiling the fun of listening to Scott describe it himself.

They built a navigable autonomous robot that moves around in an environment surrounded by critical electric infrastructure and the occasional snake, iguana, or bird that enters the substation potentially causing an electrical outage for an entire community. Oh and I did mention that they first created a highly detailed map of this environment using drones! Robots, drones and remote sensing sensors – all together makes for an amazing podcast!

What is really fascinating isn’t just the technology that powers the solution but rather the complexity of the actual problem and the fact that when we use the right observations for the right problem, geospatial tools have the power to be game changers! Enjoy the episode.

A few thoughts after listening to the podcast

When we think about climate change and preparing for a changing and challenging tomorrow, we normally imagine governments and local cities making emergency plans, building seawalls and the like. Of course, industries especially critical infrastructure and utilities also have a need to ensure resilience and function under extreme weather.

Quantum’s robots have already seen multiple hurricanes in Florida, each bringing its own challenges – falling trees, flooding, parts being damaged due to heavy winds. Enabling utilities to be more resilient at a time when extreme weather events are increasing is critical. Imagine having to send someone to each of these substation to take stock of the situation after such events. It’s going to take hours to days for them to first access the damage and then send a report, bring replacements and fix it. Days and hours where a community might be without power supply. These robots can help us save critical time and money by constantly monitoring the situation and providing actionable insights.

Another thing that really stood out was their approach to problem solving. If you had to guess who came up with the idea to use robots, I guess 8 out of 10 of us would say that they already had the robots and pitched it to the utilities but interestingly it was a substation manager who was asking Scott if he can solve this problem and that with a robot. Scott and his team then went on to solve it with remote sensing sensors and an autonomous navigable robot. This is really the kind of partnership that my friend and Geospatial industry veteran, Alberto Santos Estevez keeps advocating – find the right spatial tool for the problem at hand, don’t try to make your spatial tool to be one-tool-that-fits-all solution.

In more ways than one, I found Scott’s story and career to be an inspiration and a great example for young geospatial grads looking for an interdisciplinary career that involves using your spatial skillsets to solve specific engineering problems.

Last but not least, I would like to congratulate Daniel from MapScaping for this amazing podcast. He seems to be regularly unearthing interesting and rather unheard stories from the geospatial industry in his podcast. Keep the awesomeness going, Daniel! Looking forward to more episodes 🙂

In the below example, an image originally collected at 50 cm resolution (left) has been converted into a 30 cm HD image on the right using HD technology. You can see how smaller features can be identified much more easily because of the enhanced clarity. 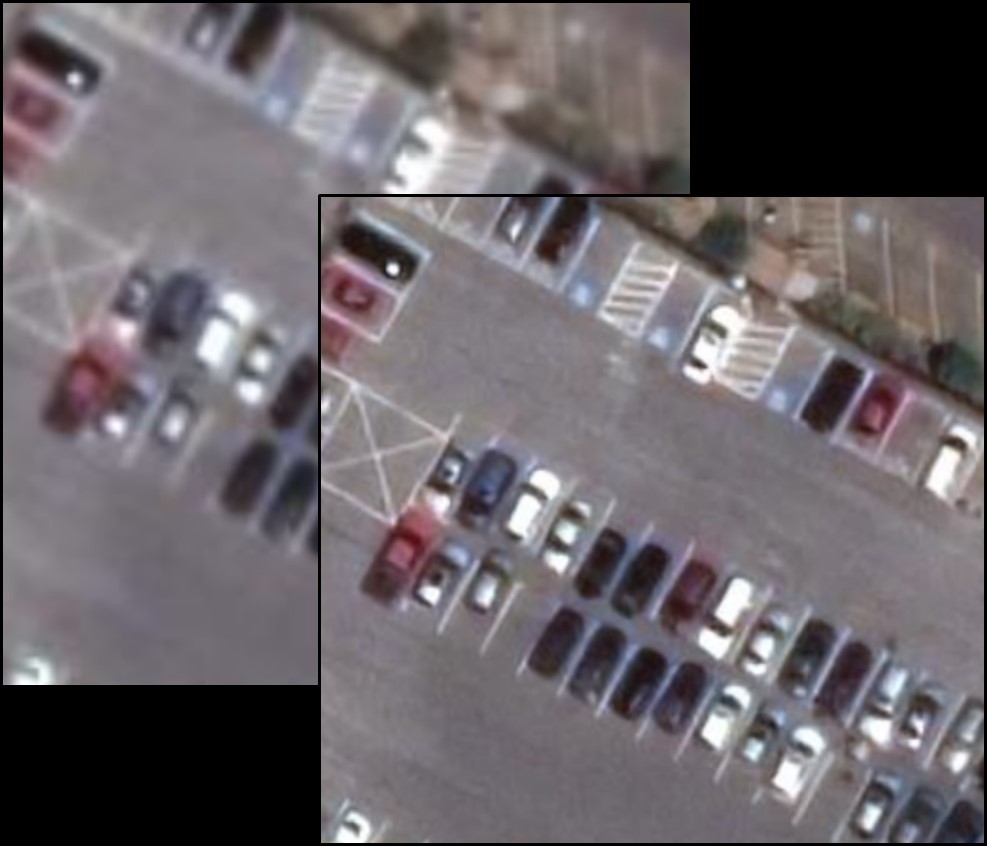 Maxar was quick to point out then that HD wouldn’t replace natively collected 30 cm imagery; it would only give one more way to acquire the quality and utility of 30 cm imagery. And now, by applying this technology to the native 30 cm imagery, the company has developed an unprecedented 15 cm HD product.

Today, 15 cm HD is available for Maxar’s View-Ready and Map-Ready satellite imagery products, and soon, it will be available for Vivid and Dynamic basemap products as well.

Here are some examples of the insights that 15 cm HD imagery will be able to uncover:

Monitoring: 15 cm HD maximizes the ability to see smaller features that can be gathered from satellite imagery, such as high-value assets, environment, agriculture, and change over time. 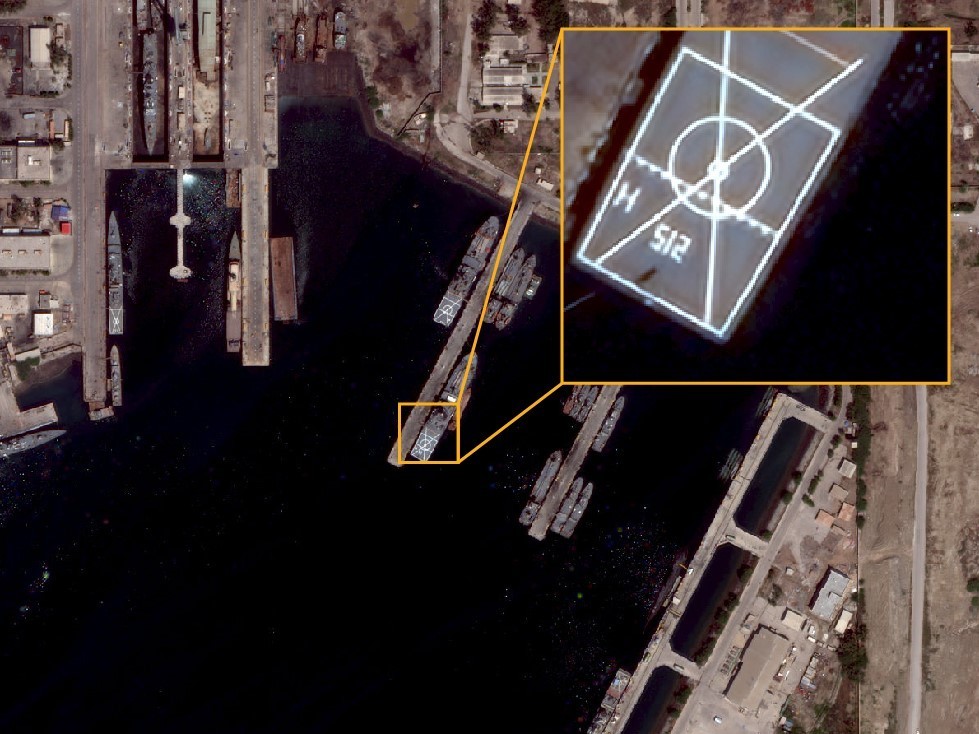 Mapping: In large-scale projects, 15 cm HD enables a level of detail that allows governments, organizations, and businesses to verify features, such as light poles, signs, and road and infrastructure conditions, without the inconvenience or cost of sending in-field inspection teams. 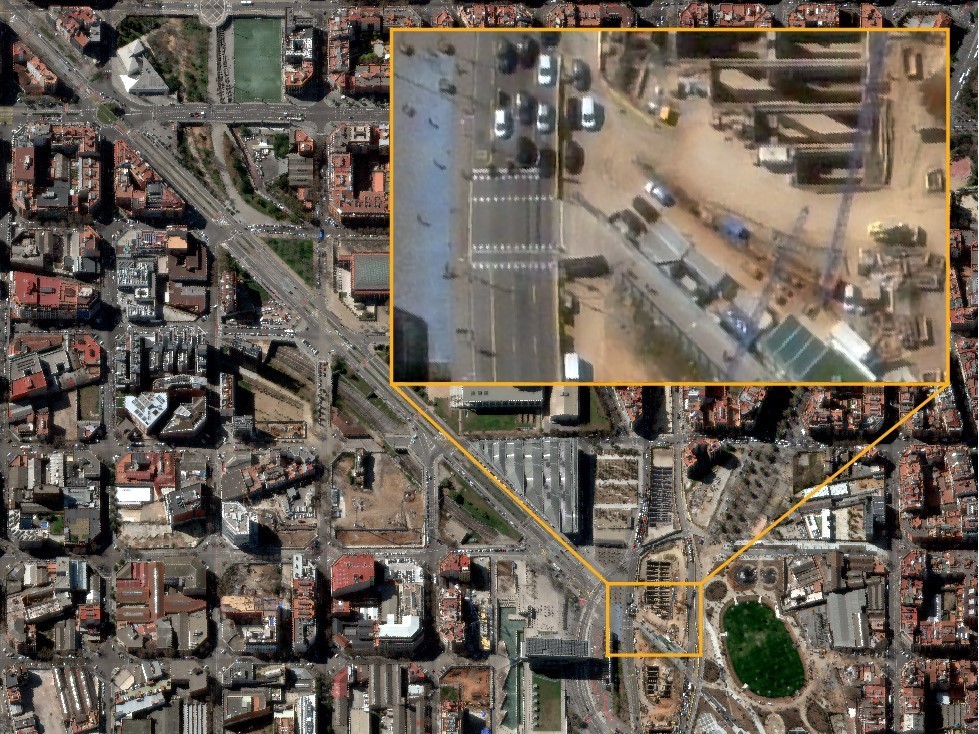 AI/ML Applications: Maxar’s in-house experiments have proven that HD technology can improve the average precision of the object detection of the ML algorithm. 15 cm HD provides additional detail for automated analysis and feature extraction, the experiments have shown.

Supplementing Aerial Mapping: HD imagery can augment data collection in regions that are too remote to fly aircraft. A global 15 cm HD coverage can also support aerial mapping missions that have been affected by COVID-19. 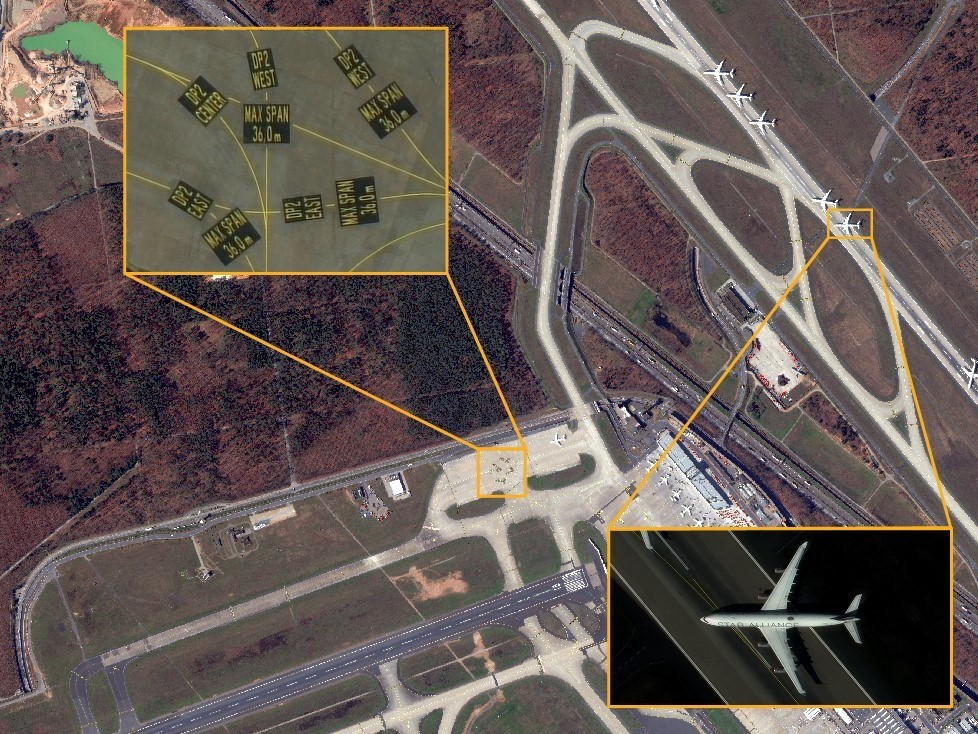