Within the first year of making Landsat data publicly available on their cloud services platform, Amazon had logged over a billion requests for the same. Clearly there is a huge demand for open geo data.

Following the success of Landsat on AWS, Amazon had recently announced the launch of “Earth on AWS” – an open spatial data repository consisting of several another datasets including “SpaceNet Machine Learning Corpus“. 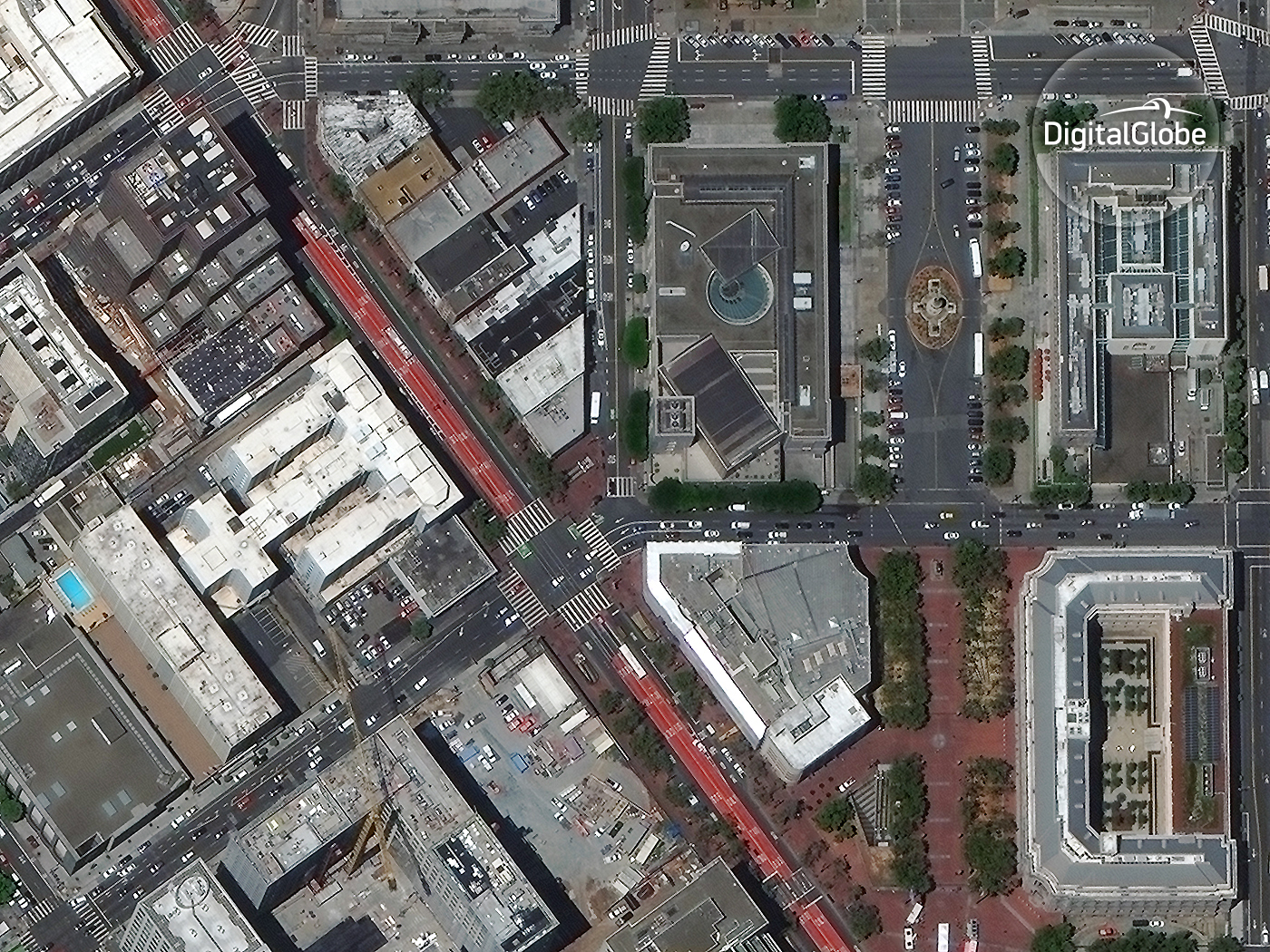 SpaceNet is a repository of approximately 1900 square kilometres of high-resolution (50cm) satellite imagery and labelled training data made available via AWS under a Creative Commons license. It is most probably the largest Open Data repository available for training your (remote sensing) machine learning algorithms!

The satellite imagery is from DigitalGlobe’s WorldView-2 satellite, which has a 8-Band multispectral sensor. The Data sheet for WorldView-2 is available here.

In addition to satellite imagery, SpaceNet also includes over 200,000 building footprints across the city of Rio de Janeiro, Brazil derived from the imagery. On a side note, extracting building footprints was in fact the first thing that Facebook had to do when they started working on their population density map using DigitalGlobe data (Related: Facebook created the most detailed Population Density Map to bring the rest of the world online).

This is just the first release and the SpaceNet collaboration partners i.e. DigitalGlobe, CosmiQ Works, and NVIDIA plan to eventually make over 60 million labeled high-resolution images (TechCrunch) available to the public. The data is available as GeoTIFF, GeoJSON on AWS. Here’s the link to the main page.

On September 11, 2001 the world had changed. 19 terrorists from al-Qaeda, hijacked
four commercial airplanes, deliberately crashing two of the planes into the World Trade Center towers and a third plane into the Pentagon in Arlington, Va. The Twin Towers
ultimately collapsed because of the damage sustained from the impacts and the
resulting fires. After learning about the other attacks, passengers on the fourth
hijacked plane, Flight 93, fought back, and the plane was crashed into an empty field in western Pennsylvania about 20 minutes by air from Washington, DC. The attacks killed nearly 3,000 people from 93 nations. 2,753 people were killed in New
York, 184 people were killed at the Pentagon and 40 people were killed on Flight 93.

Cleanup of the Ground Zero site took nearly a year. The rebuild process took another 14 years. We’ve decided to check how the history of World Trade Centre site looks like from the sky. The first available satellite images of the site come from 1994 and 1997 where you can still see The Twin Towers. Next image dates back to September 11, 2001 just after the towers collapsed. Than we can see the long process of rebuilding the site with the last image dating September 2015.

The world should never forget about this tragedy!

All the images are screenshots from Google Earth.