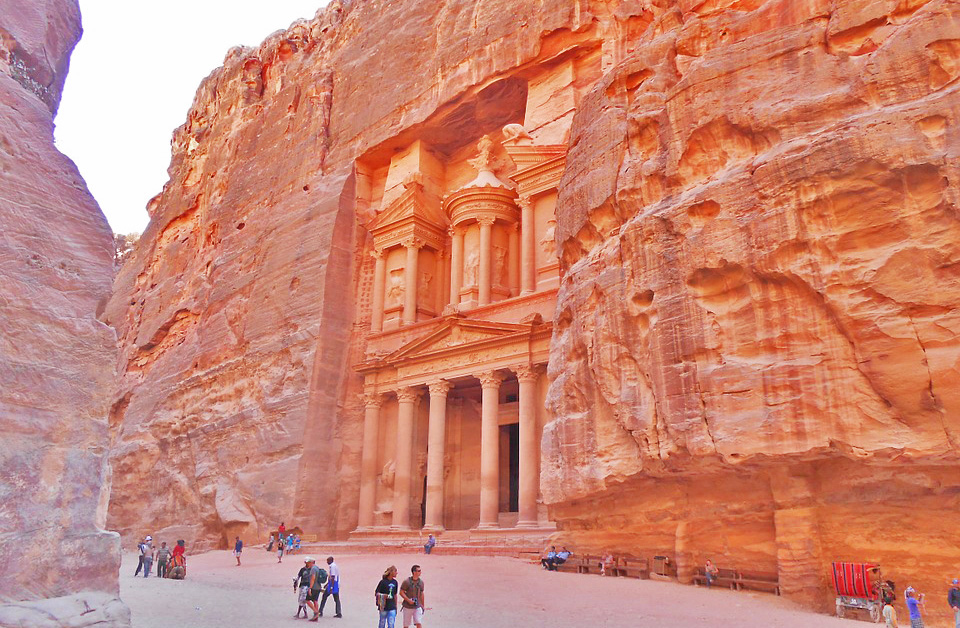 The lost city of Petra in Jordan, one of the new 7 Wonders of the World also known from being featured in the Indiana Jones and the Last Crusade movie, is a majestic ancient place half-built, half-carved into the rock. Who would suppose that this one of the world’s most famous archaeological site still holds hidden secrets waiting to be unveiled with the use of new remote sensing technologies.

According to a study published recently in the Bulletin of the American Schools of Oriental Research, a group of researchers led by Sara Parcak, a National Geographic fellow, and Christopher Tuttle, executive director of the Council of American Overseas Research Centers, managed to discover a new massive monument at the city of Petra.

In a collaborative project supported by the BBC and Digital Globe, the goal of the researchers was to test new technologies at well-known archeology sites. As many other projects they’ve started with Google Earth Pro to identify potential sites. Google Earth Pro is now free allows teams to download high-resolution imagery, which can be georeferenced. The problem is that this imagery cannot be manipulated like raw satellite data so it’s is visual tool only. Once the sites were identified Archaeologists used high-resolution satellite images from WorldView-1, and WorldView-2 sensors provided by Digital Globe (the cost of these images is between $8 and $24 per km2 with minimum order of 25 km2). WV-1 provides panchromatic (black and white) images with a 0.5 m pixel resolution, and WV-2 has eight data bands with a 1.85 m multispectral pixel resolution. 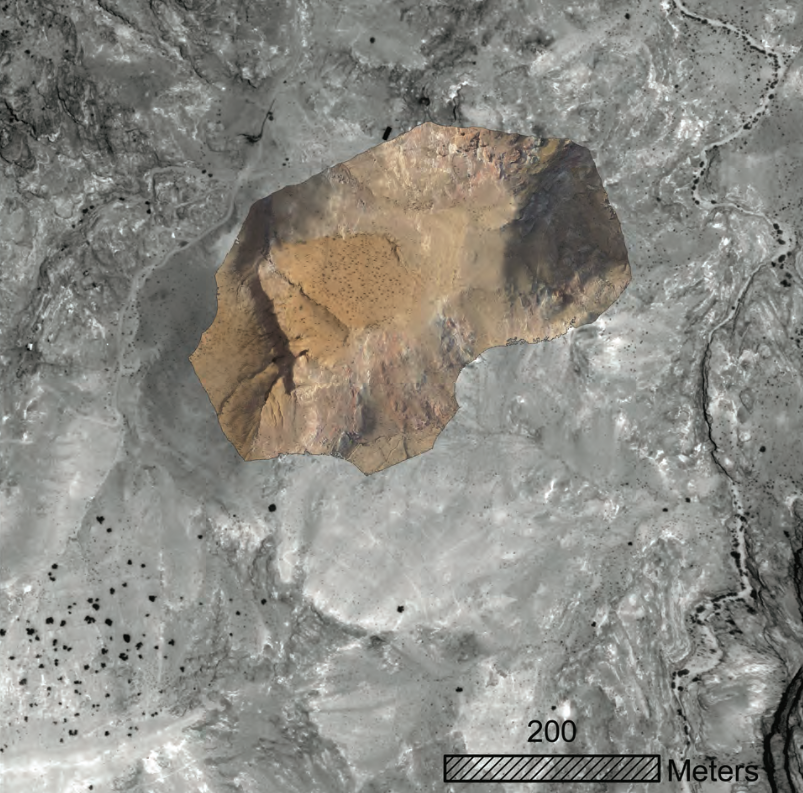 The researchers applied different remote sensing techniques to analyze the images and they discovered 4 groups of potential findings that could not be seen with Google Earth. Among several smaller sites they identified a huge 56 x 49 meters size monument  that encloses a slightly smaller platform.

The next step was a ground-truthing trip to investigate the features in the field. The field team used maps created from the satellite data containing details about the GPS coordinates of the central point and four corners of each potential site. The field visits proved that something was there but in practise very little information could be gleaned from it. The last part of the process was a UAV fight to obtain aerial photographs. Drones allow to obtain unprecedented resolution levels of up-to 1 cm that allow to map and at the end confirm the new discoveries. 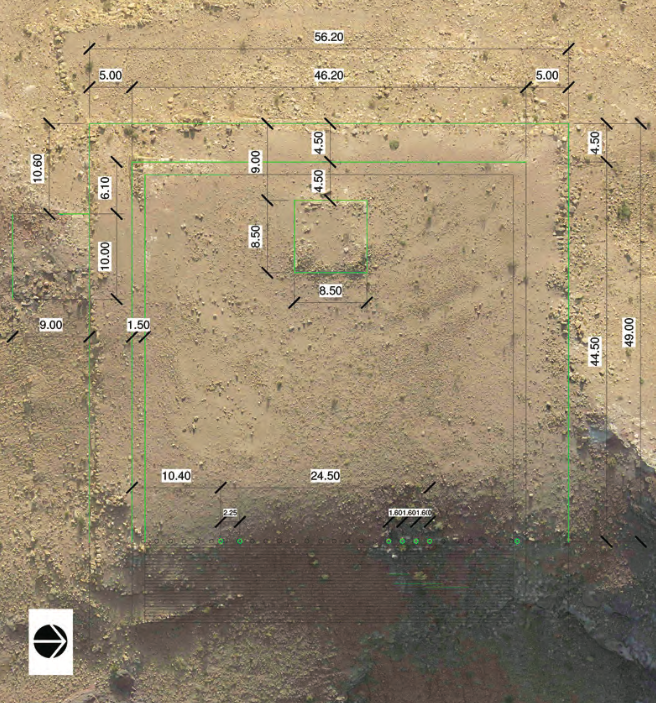 Detail of monumental platform from UAV composite, with architectural details and measurements shown. (Photo by I. LaBianca; graphics by J. Blanzy)

Archaeologists will always need to survey and excavate to confirm their findings, but the new data acquisition tools like satellites and drone-mounted sensors as well as new technologies of analysing the remote sensing data are already revolutionising their work. This project proved that there might be still a lot of  hidden secrets waiting to be unveiled even after two centuries of fieldwork.

Say thanks for this article (0)
Carlos Agustín Pineda Martínez
3 posts
Want to be an author?
The community is supported by:

Google updates Maps with the latest satellite images from Landsat 8

Have you ever wondered where does the Google Maps and Google Earth satellite images come from? Most of them were taken by Landsat 7. The Landsat Program is a series of Earth-observing satellite missions jointly managed by NASA and the U.S. Geological Survey. The first Landsat satellite, with an impressive at that time resolution of 80m and 4 spectral bands, had been sent to space back in 1972 and it made possible a huge step forward in the science of remote sensing.

Landsat 7 launched in 1999 is a different beast. It has eight spectral bands with spatial resolutions ranging from 15 to 60 meters and the temporal resolution of 16 days. But finally after 14 years it lived to a successor. In 2013 the new Landsat 8 has been deployed to the orbit. Although its spatial and temporal resolutions are similar to the 7th generation, the device has been equipped with a much more precise sensors with 9 spectral bands and Thermal Infrared Sensor.

This week Google is updating the images and in most places the change can be clearly visible. Below you can find the comparison of Landsat 7 and 8. The new images are much more detailed and crisp.

Interestingly Landsat 7 pushed Google to additional remote sensing R&D. In 2003 the craft experienced a hardware failure that resulted in diagonal gaps of missing data. As there was no good alternative with global satellite coverage, Google was forced to come up with a means of removing those gaps.

The company solved this issue with so-called mosaicking, the same technology that is today used to achieve global cloudless images coverage. With the temporal resolution of 16 days the whole surface of the Earth is photographed every two and a half weeks. On average 70 percent of our planet is constantly covered by clouds but from time to time every place is finally sunny. Mosaicking joins the gapless and cloudless parts together. Simple as it is.