Moving objects and their displacement in SAR images

The launch of high resolution radar satellites such as the German TerraSAR-X satellite (launched in summer 2006, resolution of 1m, 3m or 16m m depending on the recording mode) opened new possibilities in monitoring traffic flows from space. Indeed, the German Aerospace Centre (DLR) has developed and installed an automatic and already operational traffic processor at the TerraSAR-X ground segment. This processor is designed to automatically detect moving objects in Synthetic Aperture Radar (SAR) images, to assign it to an existing road network and the estimation of the velocity.

However, the detection of moving objects faces some difficulties, as the motion on ground provokes a shift of the object in the SAR image. Moving objects appear shifted from their actual road or network position: Cars or trucks seem to drive on fields; trains, which are well represented as whitish long lines (see figure below), are shifted into the surroundings of the actual tracks and also ships appear apart from their actual route (see second image below). 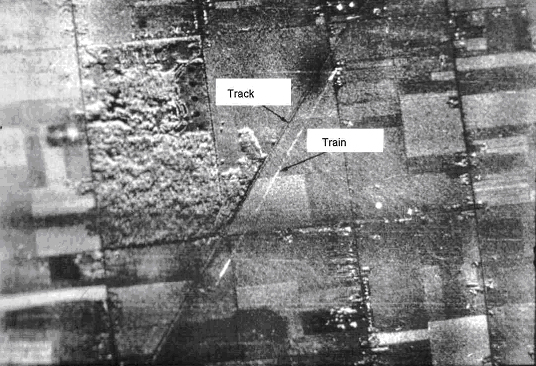 A moving train is not running on its (dark grey) tracks, but shifted to the right hand side in the SAR image. 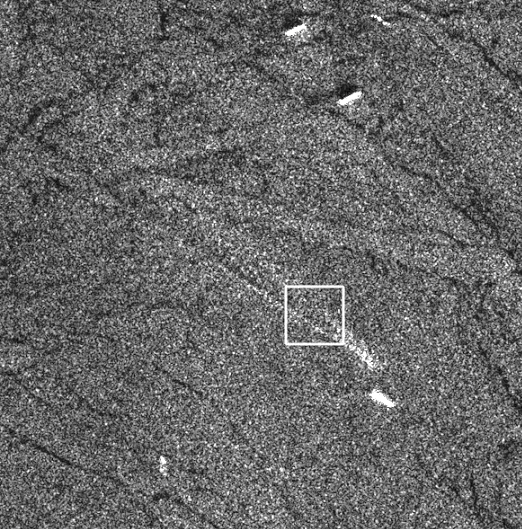 SeaSAR Image of a ship crossing the english channel. The ship at the front seems off its route. Source: W.Alpers

Where does the shift in SAR images come from?

Apart from the constallation of a satellite, the geometry of a sensor, the wave length and look angles, SAR processors take advantage of the Doppler frequency, which linearly changes from positive to negative values when the sensor passes a target object. Thereby, standard SAR-processing methods are based upon the assumption of a static scene or in other words the stationary of the detected objects. If the target has a velocity component, its doppler shift is changed compared with that from a stationary reflector. As a consequence the SAR gets confused and produces artefacts in the final image displacing the motion objects. The displacement depends on the moving direction of the individual objects: An object moving linearly in along–track (azimuth) direction causes a blurring in azimuth direction whereas an object moving in cross–track (range) direction causes mainly a displacement in azimuth direction. These imaging errors can be compensated for by detecting the moving objects, estimating their velocities and positions, and compensating for their motion.

Up to now, various methods for the detection and imaging of moving targets and the estimation of their real positions have been developed (see the literature below). For instance, multiple SAR-images or sub-apertures can be used for the detection of moving targets and the estimation of their velocity vectors. To detect moving objects and estimate their ground speed the DLR takes advantage from a geometric characteristic of the TerraSAR-X antenna: Two SAR antennas are spatially aligned in flight direction and separated by the along track baseline. This dual receive antenna mode electronically splits up the antenna into two parts in the along track direction upon receiving. As the satellite platform moves on with a certain velocity, both antennas map the same ground area with a temporal separation that is defined by the distance between the two antennas. In this manner the along track interferometry (ATI) becomes possible, which is sensitive to moving objects.

The list of papers at the bottom gives detailed information about the methods of detecting moving objects and estimating their ground speed in SAR imagery.

S. Barbarossa and A. Scaglione, 1998: Autofocusing of SAR Images Based on the Product high-order ambiguity function, IEE Proc.-F, pp. 269-273. 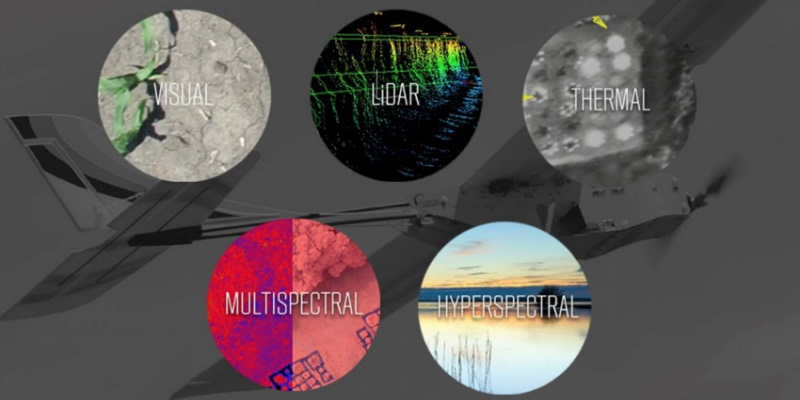 As high-fidelity sensors continue to become smaller and more compact, drones are now capable of carrying more payload options than ever before. With all these various models, picking the right one for each unique industrial use can feel overwhelming.

The best way to begin is to identify your specific needs by first determining the result that you want. What are you hoping to achieve? Once you have established your goals, selecting the best-suited sensor will come easily.

At PrecisionHawk, we are cognizant of the fact that better aerial information is highly dependent on the quality of data coming into the pipeline. For this reason, we offer a wide range of sensors and comprehensive data analysis tools that are unparalleled in today’s UAV market. Below is a brief overview of each sensor available, its industry applications and use cases.

The Sensor Applications Matrix is an easy-to-use guide that simplifies sensor selection for your industry needs. It represents a sampling of top drone applications, though the possibilities are virtually limitless. Click on the image to enhance. 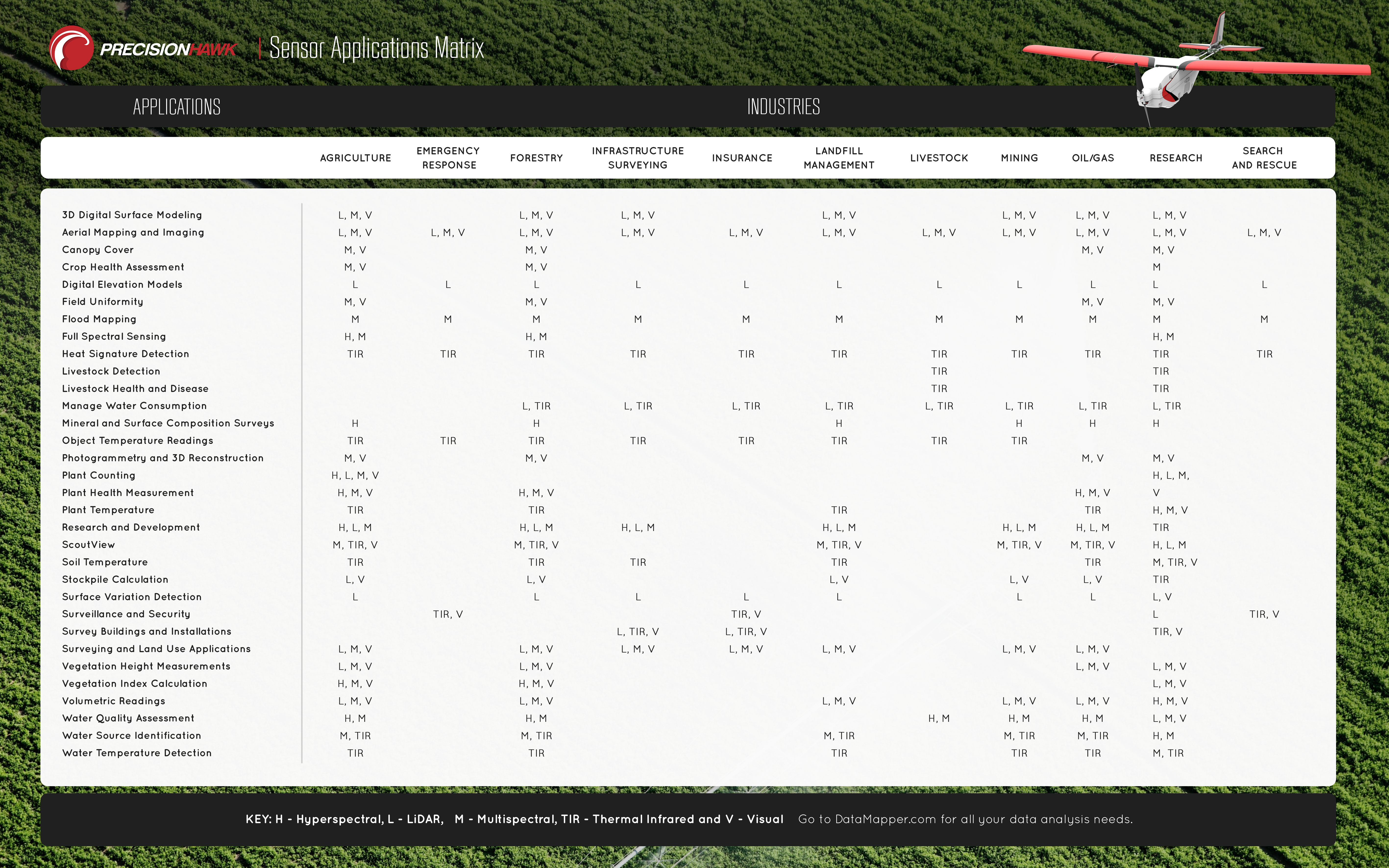 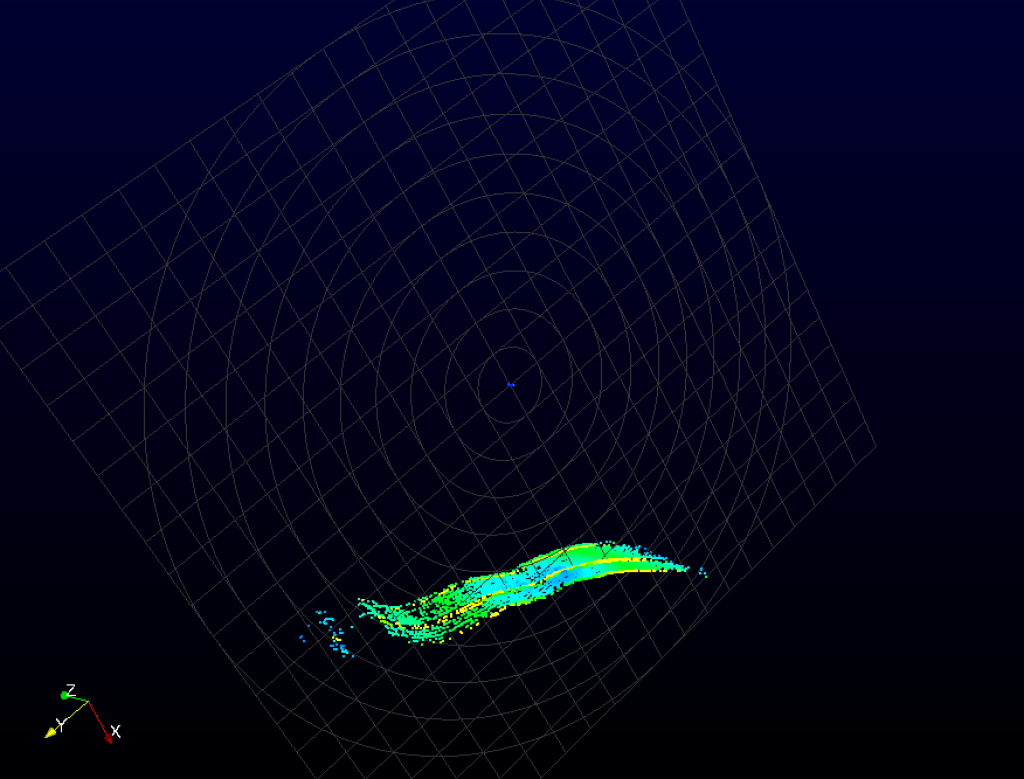 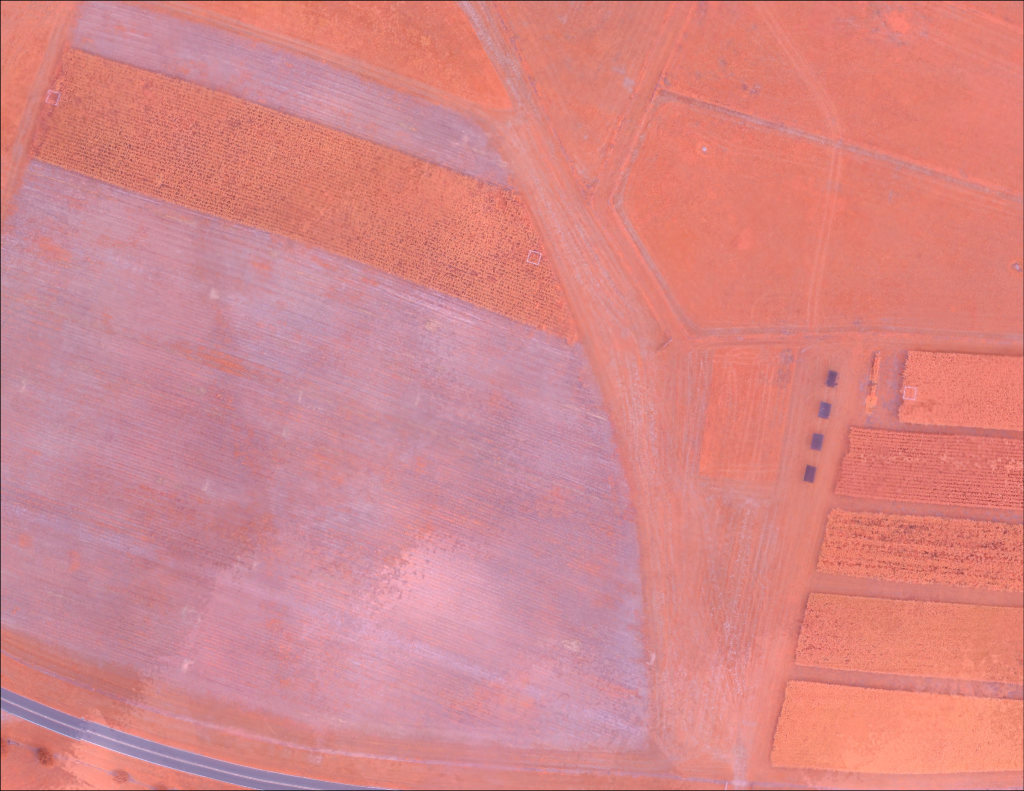 Both the Visual Sensor and Enhanced Resolution Visual Sensor are high-resolution, low-distortion RGB cameras which produces color imagery. A major advantage of visual imagery captured by a UAV is the aerial perspective of a specific area. You’re able to get a birds-eye-view high-res picture without putting in extra effort for the vantage point. 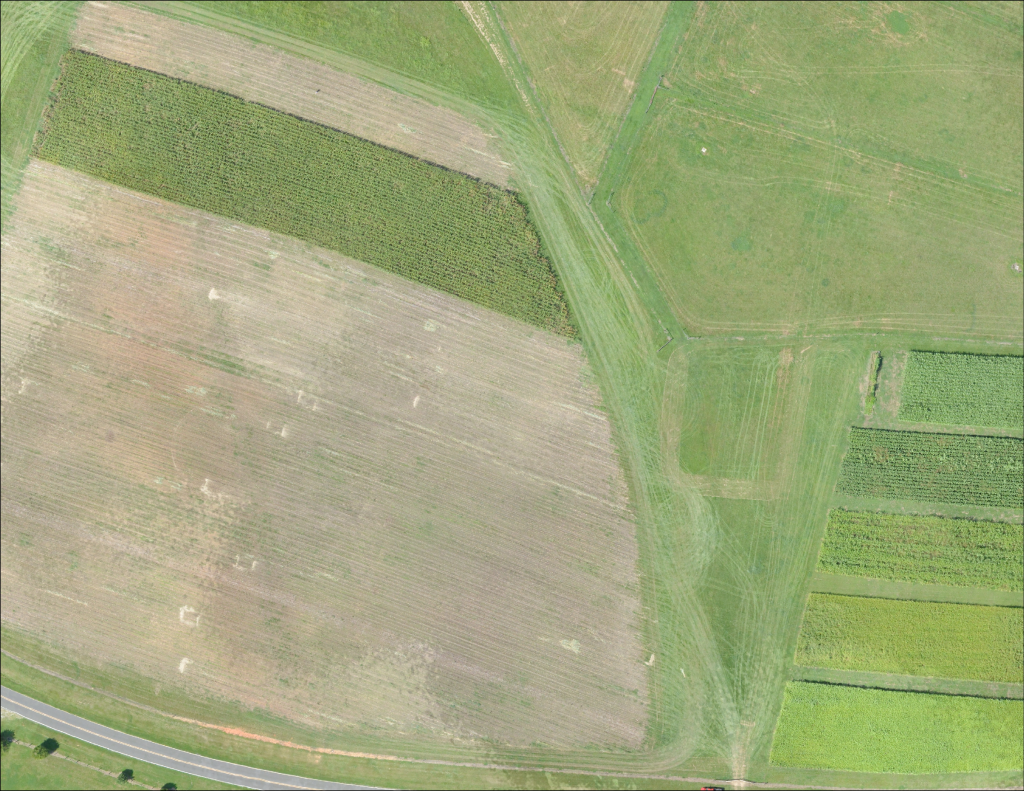 In a results driven climate, having a multitude of solutions available in one location eases the pressure when selecting the perfect sensor. We are constantly exploring advancements with the range of sensors we currently offer and creating innovative solutions to add more sensors to our existing line.