FLEX is the name of an ESA satellite that is planned to be launched in 2022 in order to measure vegetation health from space. FLEX refers to fluorescence.

Fluorescence
Very generically, fluorescence is the spontaneous emission of light by a substance that has absorbed some kind of elextromagnetic radiation (for instance light). It is a form of luminescence. In most cases, the emitted light has a longer wavelength and therefore less energy than the absorbed radiation. A very well known example of fluorescence occurs when the absorbed radiation is in the ultraviolet region of the spectrum and therefore invisible to the human eye while the emitted light is in the visible region, which gives the fluorescent substance a distinct colour that can only be seen when exposed to UV light.

Chlorophyll fluorescence
Chlorophyll fluorescence refers to the light that is emitted by chlorophyll molecules during photosynthetic energy conversion from an excited to non-excited states induced by absorption of sun light. It occurs in all higher plants and algae. The conversion of solar energy into biochemically usable energy carriers (ATP and NADPH) is a complex and highly regulated sequence of light absorption, electron transfer and biosynthesis. The photochemical conversion is accompanied by a release of energy in form of heat and fluorescence. The properties of fluorescence can be measured and relate to the photosynthetic activity of plants.

FLEX
The fluorescence explorer, FLEX, is designed to measure the fluorescence of plants from space and will thereby yield important information on plant health and improve the understanding of the way carbon moves between plants and the atmosphere and how photosynthesis affects the carbon and water cycles.
FLEX will carry the Fluorescence Imaging Spectrometer (FLORIS) that covers the effective range of chlorophyll fluorescence between 500 and 780nm with varying spectral sampling and resolution of 0,1nm and 0,3nm respectively in the oxygen absorption bands. The spatial resolution will be 300x300m² covering the scale of individual agricultural and forestry management units.

Following a rigorous selection process, the satellite will be ESA’s eighth Earth Explorer, planned for launch by 2022. The FLEX satellite will orbit in tandem with one of the Copernicus Sentinel-3 satellites, taking advantage of its optical and thermal sensors to provide an integrated package of measurements.

Jan Woerner, ESA’s Director General, said, “FLEX will give us new information on the actual productivity of vegetation that can be used to support agricultural management and the development of a sustainable bioeconomy. It will therefore help to understand our ecosystem.” 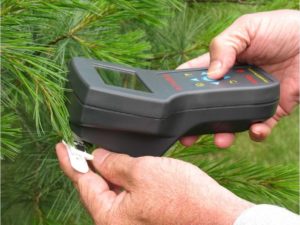 Fluorometer used to measure plant stress in the field, an aready used practice. 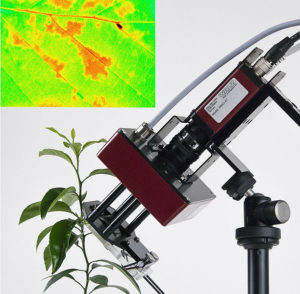 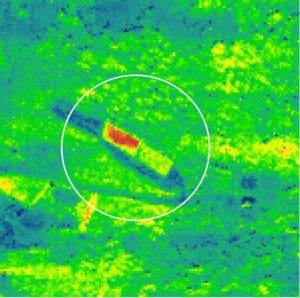 Several startups are taking part in the space race with their notable visions to demilitarize the satellite imagery access. In 2009, Skybox Imaging thought of going beyond the sky limit and in November 2013 they have launched their first satellite, SkySat-1. Later on, in August 2014 they were acquired by Google to keep Google maps accurate, with up-to-date imagery.

In 2010 two more startups joined the race called Planet Labs and UrtheCast. UrtheCast has launched their first satellite in 2013 and Planet Labs has brought the world’s largest constellation in space, made up of 28 earth-imaging satellites, in the beginning of 2014. Later on in July 2015, Planet Lab has acquired BlackBridge and its RapidEye satellites constellation. On the other hand, UrtheCast has acquired Deimos and the Deimos global archive of Earth imagery.

Then again, in mid 2014, another company called Satellogic launched their first satellite BugSat-1 and now they are building a constellation of satellites to image any spot on earth every few minutes. There is also another new startup that has appeared with their vision, like others, to democratize access to the space-based service. They have not launched any satellite yet but they have announced their plans to send satellites into orbits; 6 satellites in 2016, 60 by 2019.

Just a couple of years ago, we were used to hear about only three major players such as WordView, RapidEye and SPOT, with a very few amount of satellites in the orbit. Each of them was very different from the others (i.e., in terms of sensors, bands, resolution, etc.) and that made the user’s life very easy when it came to the point of, which Earth Observation (EO) providers to choose and which satellite for what kind of application. But now there are so many EO data providers, with a range of unique characteristics that makes the user’s life more difficult in terms of choosing the right provider for their specific EO service applications. Different industries might be interested in different image-providers to communicate with their applications, efficiently. So here’s some insight that might help you to choose the right providers for your application:

Spatial Resolution: The spatial resolution of the satellite imagery is one of the key attributes, which makes a lot of difference. For an instance, if we want to count the total number of manholes, that can be done only with 30-cm resolution imagery from Worldview-3. On the other hand, if we want to measure the sea surface temperature (i.e., Climate Change indicator) 1-km resolution is precise enough.

Temporal Resolution: These startups will shake up the ground of the EO service providers as well as the EO service users as the EO data providers are addressing the “temporal resolution” component with care. The higher temporal availability will not only efficiently address the current applications but also will trigger new developments of EO-based applications. For an example, to understand the urban growth in context of urban planning one satellite image in a year might be enough. On the other hand, if we want to monitor the traffic situation (i.e., city-scale) we would need hourly images.

Spectral Resolution and Spectral bands: In comparison with the spatial and temporal resolution, the spectral resolution is something, still being magical to people and always loosely addressed by the EO data providers. We also observe similar behavior among the start-ups. Most of the startups are concentrating on the visible and the near-infrared (NIR) region of the electromagnetic spectrum (0.45 – 0.9 micrometers(mm)) whether Worldview-2 provides bands like “Coastal Blue” (0.4 – 0.45 mm), which has the potential to improve atmospheric correction techniques. Then again, a higher spectral resolution (i.e., hyperspectral) is suitable to identify and develop new applications. For example, high spectral resolution capability can be used to investigate the hydrogen bonding (i.e., intramolecular interactions caused by hydrogen bonding), which is of interest for the natural resource industries.

Here, it’s worth mentioning UrtheCast, as they play a significant role in addressing the commercial Synthetic Aperture Radar (SAR) market. Along with the visible and NIR bands, they will also provide SAR bands (i.e., X-band and L-Band), which enables earth-imaging through cloud layers (i.e., one of the major limitations of optical imaging). Besides, SAR data also facilitates lots of interesting applications with higher accuracy level like monitoring subsidence which is of privileged interest of the oil and gas extraction industries.

Sustainability and market adaptability: Along with the above mentioned criterion, the sustainability of these companies is also very interesting to pay attention to. For an instance, one interesting fact is that the satellite Deimos-2 is likely to continue to operate over the next 10 years and has been acquired by UrtheCast, whereas the RapidEye constellation is likely to survive the next 3 years and has been acquired by Planet Labs. Another interesting fact is, by acquiring RapidEye, Planet Labs acquired the access to the database of the thousands of customers in more than 100 countries which will help them to grow faster and may make them the market leader.

Then again, I can imagine that Planet Labs has the potential to attain the dynamic market demand in a very short time, which may not be that easy for others. Let’s think loudly. Say, the traditional satellites cost couple of million USD and take years to be realized and the traditional satellite launching cost is also higher so that only one or only few satellites can be launched at a time due to the larger size. On the other hand, for Planet Lab, the satellite production cost is the lowest and satellite launching cost is also cheaper as they can launch lots of satellites at a time (i.e., Planet Labs is planning to put 130 satellites in 2016, which is more than the total number of satellites which will be launched by others). This sort of efficiency provides them the opportunity to test and calibrate new kind of sensors, which is critical for testing, adapting and attaining the market needs with new sensors, in short time.

Gossips in the market (authenticity is questionable): Commercial gossips are good or bad? Can those be trusted? I can’t answer this question because I think it depends on the several things like the source of the gossips and the technical and commercial knowledge required to judge its authenticity, carefully. In any way, it’s not bad paying a little attention to those.

To some, Satellite Remote Sensing and it’s calibration, validation, analysis and interpretation is a ‘Mambo Jambo’ thing and the story continues… The room size satellite system  worked as the number of research/user was higher to validate. The dishwasher size satellite system  also worked for the same reason but will the toy-satellites work? Can the new satellites and their business models be reliable enough  to develop a business model on top of their satellite products, today?

CONCLUSION:
We, the EO folks are extremely happy about these smart startups as they will ensure us required imagery access, which we always have missed. But we are also concerned about the pricing models of these new EO data providers which, in my opinion, is extremely important. We are still eagerly waiting to know about the price. Besides, we also would love to test the inter-sensor comparability of these new satellites to ensure an efficient usage (i.e., data assimilation) and compatibility with existing satellite sensors.

Besides, we think, public EO data providers can fund more research in collaboration with these commercial image providers to boost up the new EO based application development activates, which will add a new flavor in the era of the EO system.