After an incredible journey of 442 million miles at a small expense of $671 million (!!?!), Mars Atmosphere and Volatile Evolution, MAVEN  has finally entered the Martian atmosphere on September 22, 2014. MAVEN is the tenth mission from United States to be sent to orbit Mars. 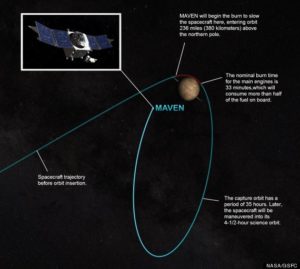 It is the first mission dedicated to study the upper atmosphere of Mars, to better understand what happened on the red planet and learn from its history.  “The evidence shows that the Mars atmosphere today is a cold, dry environment, one where liquid water really can’t exist in a stable state,” said Bruce Jakosky, MAVEN principal investigator. “But it also tells us when we look at older surfaces, that the ancient surfaces had liquid water flowing over it.”

What happened on Mars? Could that potentially happen to our own Earth some day? Was there any climate change that made the planet turn as barren as it is today? These are some of the questions that has to be answered and hopefully with today’s technology and incredible inter planetary mission, we will be able to answer them soon.

A New Era of Earth Observation from the International Space Station

“Off the Earth, for the Earth” is NASA’s tagline for the International Space Station (ISS) and with the launch of additional earth observation instruments later this month, NASA is all set to kick off what it is calling “The new era of Earth Science from Space Station”. 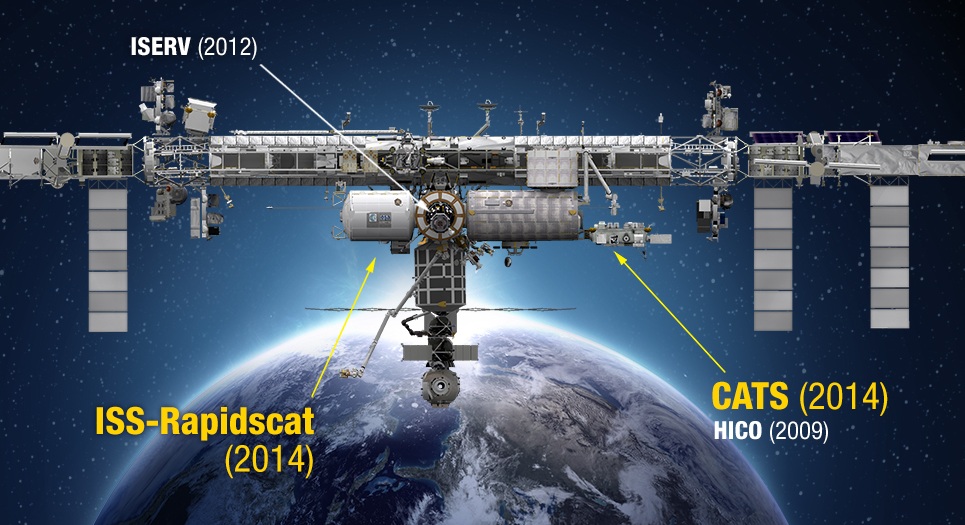 A total of 6 instruments are to be mounted on the station to help study our planet. The first set of instruments are scheduled for launch later this year and the rest of the instruments will be launched in 2016.

Normally, these instruments would have been part of a satellite mission but the ISS has a few advantages in that regard. The ISS orbit provides a longer observation time over forests and vegetation than possible with the polar orbit commonly used for Earth observations missions. In addition, limitation due to power resources are also much lesser as the ISS has sufficient power. Here’s a short overview regarding the instruments and their purposes:

ISS-Rapidscat will be scheduled for launch after 19th of this month on the next SpaceX Commercial Resupply Services flight scheduled for the ISS. The instrument will monitor ocean winds and hurricanes from the space station.

The Cloud-Aerosol Transport System (CATS) will be the second instrument to take off for the ISS and is scheduled to do so on another SpaceX Resupply mission scheduled for December. The CATS is a laser instrument that will measure clouds, the location and distribution of airborne particles such as pollution, mineral dust, smoke, and other particulates in the atmosphere.

The Stratospheric Aerosol and Gas Experiment III (SAGE III), will help measure aerosols, ozone, water vapor and other gases in the upper atmosphere to help scientists assess how the ozone layer is recovering and better understand global climate change.

The Lightning Imaging Sensor (LIS) is actually not something new. It was first launched in 1997 as part of a NASA’s Tropical Rainfall measurement mission. It will monitor lightning for Earth science studies and provide cross-sensor calibration and validation with other space-borne instruments and ground-based lightning networks.

The Global Ecosystem Dynamics Investigation (GEDI) will study the forests in 3D. It uses a laser-based system to study forest canopy structure in a range of ecosystems and different latitudes. The primary objective is to help better understand the changes in carbon storage within forests from both human activities and natural climate variations.

The ECOsystem Spaceborne Thermal Radiometer Experiment on Space Station (ECOSTRESS) is a high-resolution,  multi-spectral thermal imaging spectrometer that will help study water use and water stress in vegetation The objective is to understand the link between water cycle and plant health and also understand how ecosystems handle changes in climate.

With the launch of these instruments, the ISS will join a fleet of 17 NASA Earth Observation missions that are currently providing data on the dynamic and complex planet that we call home.