“The Sky is the limit only for those who aren’t afraid to fly!” ― Bob Bello

They say that our ancestors and the ones before them, have always wanted to take flight and reach for the moon! It has been a few million years since the first humans appeared on the surface of this wonderful planet and they all dreamt of taking flight and going to space and for thousands of years that dream remain elusive and too futuristic. Although mankind progressed from a hunter-gatherer to a sophisticated species capable of building cities, the space remained elusive. Never has a dream united mankind like our elusive dream to conquer space has!

That dream remained elusive and impossible until Sergie Korolev and his team launched Yuri Gagarin to Space. A race to space that was being played out across two continents by two men – Sergie Korolev and Dr. Von Braun. It’s hard to comprehend an achievement of this magnitude; think about it – Humans have dreamt of going to Space for at least thousands of years and now it has become something routine with the International Space Station. The more you think about it, the more overawed you feel about our Space program! 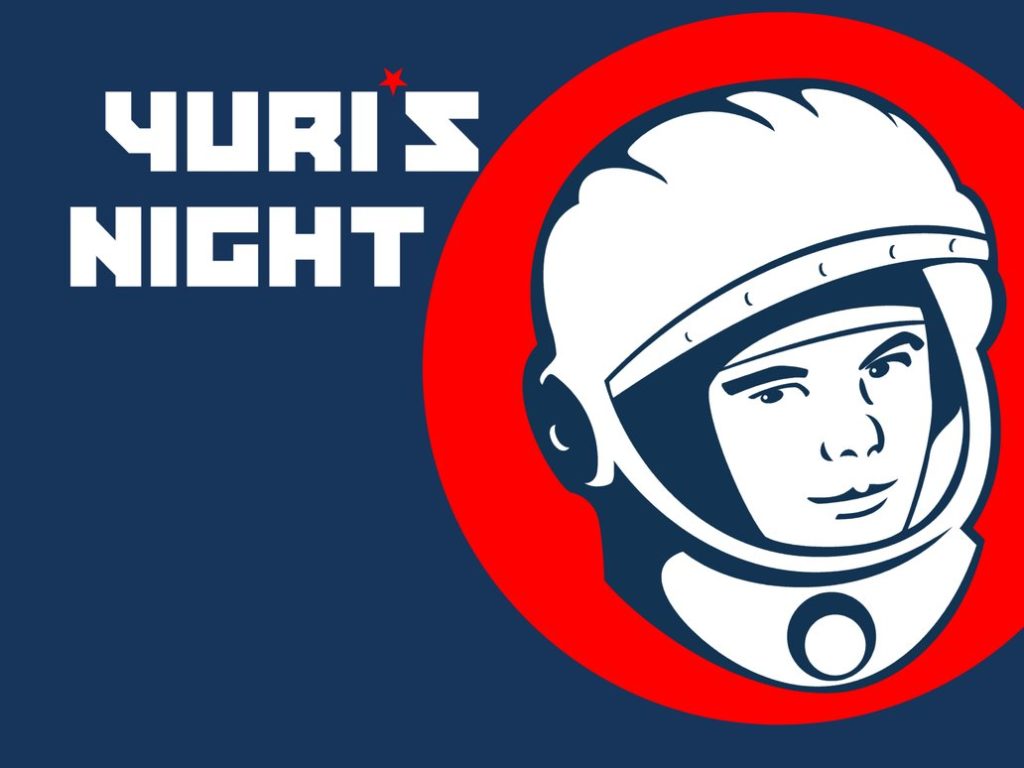 The International Human Space Flight Day  (Cosmonaut Day in Russia) is held on April 12th each year to celebrate the biggest achievement of mankind.

Here’s an amazing documentary regarding the Space Race during the years of Cold War! Trust me, its worth all the time 🙂

Here’s wishing all success to future space mission and for greater cooperation between nations and men! To outer space and beyond! Godspeed…

In relation to our series upon the coral reef mapping in Australia we can report one further achievement. A new 3D map shows the underwater topography of the Flinders Reefs that lie around 230km offshore from Townsville in the North of Queensland, Australia. The initiative is triggered by Dr. Robin Beaman from James Cook University in Cairns. While large parts of Australian’s reefs were mapped by the Royal Australian Navy using their LADS airborne lidar bathymetry system, Dr. Beaman works together with the Germany based company EOMAP and takes advantage of optical satellite imagery from LANDSAT 8 to map considerable areas of shallow reefs that lack detailed maps.  The high-resolution data allow to extract bathymetric information down to a depth of around 50m owing to the clear, sunlit water at these reefs.

“By refining the satellite data and merging it with existing data, I’ve produced 3D depth maps for these reefs and atolls. That gives us a much more detailed picture than was previously available” Dr. Beaman said.

The project focussed on the reefs and atolls within those waters of the Coral Sea that fall within Australia’s Exclusive Economic Zone, also called the Coral Sea marine Reserve.

“These are atolls that grew upwards from tilted continental blocks created when Gondwana was breaking up. The 3D images we now have of North and South Flinders Reefs are really stunning, showing classic atoll shapes with a shallow coral rim around a deeper lagoon. With this new 3D information we can now better predict where coral diversity is located around the edge of these reefs, because we know where we’re likely to find the shallow and deeper coral communities,” he said. – “That information will help marine researchers to plan future scientific expeditions, and it will help managers of the various conservation zones determine what other marine life they can expect to find there.”

Dr Beaman hopes the maps will be a valuable resource in the ongoing discussion as to what levels of protection should be given to different areas of the Coral Sea Marine Reserve.

More broadly, oceanographers could use the 3D data to more accurately model how oceanic currents move over and past these reefs before reaching the Great Barrier Reef.

Dr.Beaman’s site about his coral reef research can be found here:

EOMAP, which did the realization of mapping, resides in Munich. Its site can be found here. 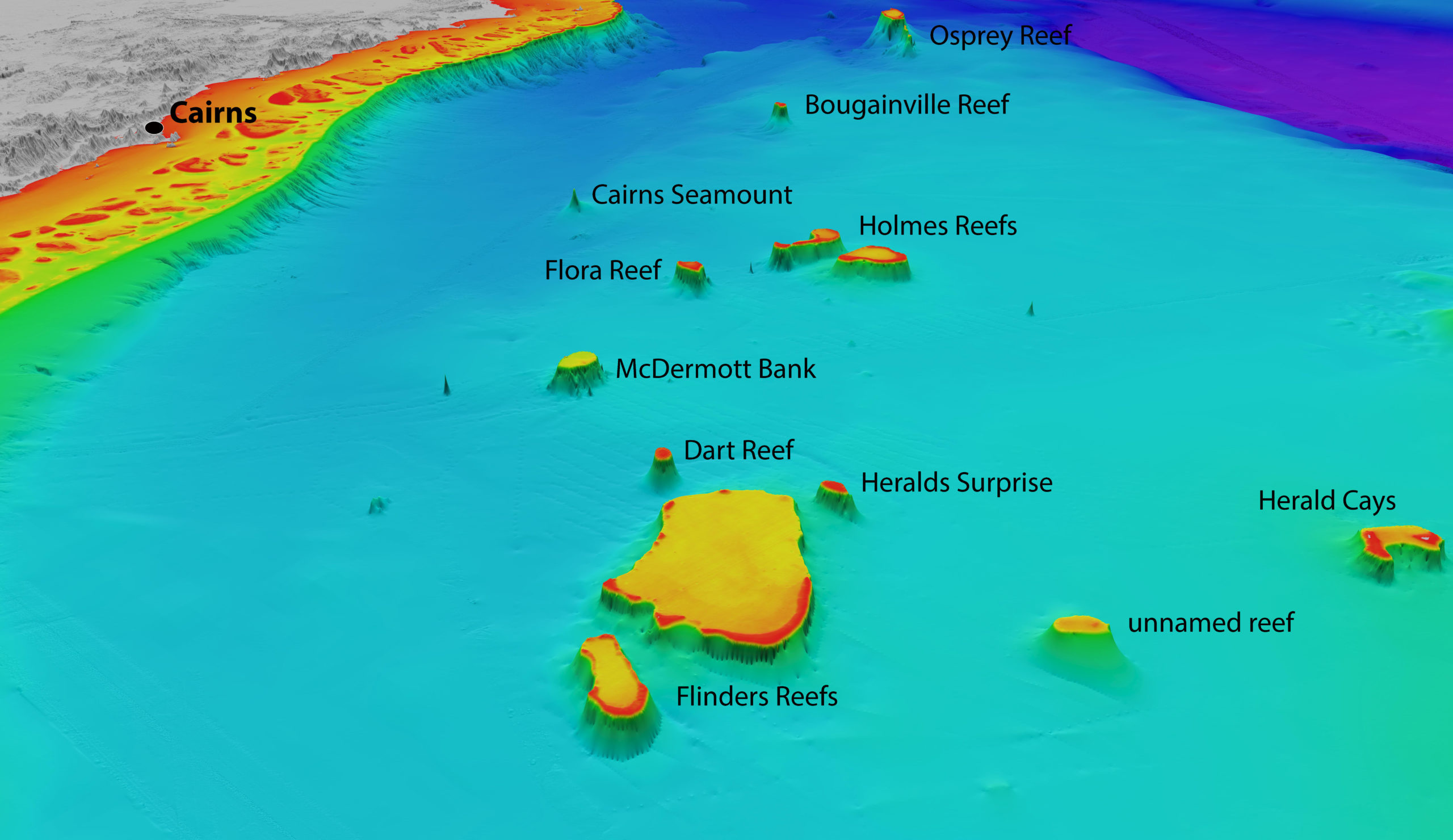 North-westerly view of the Coral Sea reefs towards Cairns. Depths are coloured red (shallow) to purple (deep), over a depth range of about 4000 metres. Exposed land is coloured grey. Source: Includes material © (2015) EOMAP. All rights reserved.

North-westerly view of the Flinders Reefs in the Coral Sea, about 230 km offshore from Townsville.
Depths are coloured red (shallow) to purple (deep), over a depth range of about 50 metres. Source: Bathymetry data © (2015) EOMAP Bathymetry