The simple answer after GSLV-D5* launch on January 5th is YES! Only five countries in the world – US, Russia, France, Japan and China has done this before ! So, lets talk about what exactly the Indian Space Research Organization’s milestone this time is ! 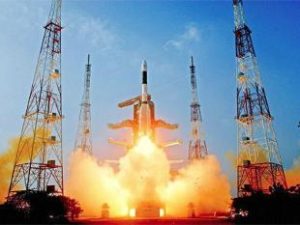 “”Indigenous cryogenic engine” might sound like a Latin phrase to most of us. In space research, it marks a defining moment as that shows the ability of a country to put satellites weighing over two tonnes in orbit! Using cryogenic liquid propellants like liquid oxygen at -183 deg Celsius and liquid nitrogen at -253 deg Celsius enable a rocket to get the satellite of that dimension into orbit within few minutes. GSLV- D5 successfully placed the 1982 kg GSAT communication satellite into orbit, just 17 minutes after the launch.

This signifies two decades of hard work for the Indian Space community! After being denied the technology transfer from other countries under pressure from the US, followed by a terrible failure back in 2010, ISRO has once again reached an extraordinary milestone! In this country, though the least appreciated, space research has played a commendable role, not only in development but also in improving the everyday life of a common citizen!

Say thanks for this article (1)
Rohini Swaminathan
33 posts
Want to be an author?
The community is supported by:

‘Satellites for Earth Observation’ is the English translation of the French words Satellite Pour l’Observation de la Terre and a familiar notion in the remote sensing domain. Its abbreviation SPOT refers to the satellite program initiated by the French space agency in the 1970s (CNES (Centre national d’études spatiales) in collaboration with Belgium and Sweden. SPOT satellites have been developed to deliver high resolution satellite imagery. Already the launch of SPOT1 in 1986 brought a revolution in space technique being the first satellite equipped by mirror technology being able to take photos from the left and right side of the track.

The family grew with SPOT 2,3 and 4 all featuring similar performance – non of them is working today with SPOT4 running until 2013. SPOT5 has a better spatial resolution of 2,5m in panchromatic mode than the previous models, was launched in 2002 and is still working.

SPOT 6 and 7 open a new era of SPOT technology. They are marked by a higher horizontal resolution, improved coverage capabilities, impressive reactivity and enhanced image quality. SPOT6 entered its orbit in 694m altitude (the same as Pléiades 1A and 1B) in September 2012, the constellation is planned to be completed with the launch of SPOT7 in 2014.

The new SPOT are very agile. The control moment gyros system (CMG) allows the satellites to pitch and roll forward, backward and sideways up to 45º very quickly – twice as fast as earlier designs increasing the number of images that can be collected during the same pass. Other satellites, even if they work quickly, do not swing and re-target at the same speed.

SPOT 6 and 7 have more opportunities to collect images, which imply scheduling conflicts between contiguous requests are greatly reduced and the average acquisition window is much narrower. Due to those features, SPOT 6 and 7 can cover entire countries fast. Therefore, the request of Mali Cartographic Institute to provide an image covering the entire country’s surface of 1.25Mill km² without clouds, dust or storms could be handled only within 5 months.

Additionally, the new satellites can shoot images vertically to the earth’s surface. Those nadir images deliver more complete and accurate sceneries as low-lying objects are not hidden from view as they may be in the oblique perspective resulting in more accurate digital elevation models. 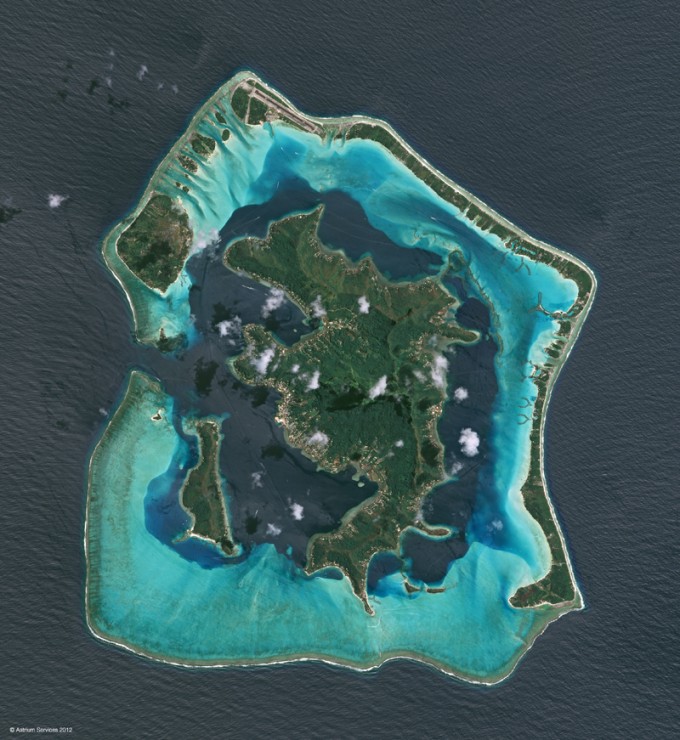 Spot Image, a subsidiary of Astrium, is funding the satellites SPOT 6 and SPOT 7 alone and owns the system (satellites and ground segments).

Spot satellites are used for civil and military purposes.