Google updates Maps with the latest satellite images from Landsat 8

Have you ever wondered where does the Google Maps and Google Earth satellite images come from? Most of them were taken by Landsat 7. The Landsat Program is a series of Earth-observing satellite missions jointly managed by NASA and the U.S. Geological Survey. The first Landsat satellite, with an impressive at that time resolution of 80m and 4 spectral bands, had been sent to space back in 1972 and it made possible a huge step forward in the science of remote sensing.

Landsat 7 launched in 1999 is a different beast. It has eight spectral bands with spatial resolutions ranging from 15 to 60 meters and the temporal resolution of 16 days. But finally after 14 years it lived to a successor. In 2013 the new Landsat 8 has been deployed to the orbit. Although its spatial and temporal resolutions are similar to the 7th generation, the device has been equipped with a much more precise sensors with 9 spectral bands and Thermal Infrared Sensor.

This week Google is updating the images and in most places the change can be clearly visible. Below you can find the comparison of Landsat 7 and 8. The new images are much more detailed and crisp.

Interestingly Landsat 7 pushed Google to additional remote sensing R&D. In 2003 the craft experienced a hardware failure that resulted in diagonal gaps of missing data. As there was no good alternative with global satellite coverage, Google was forced to come up with a means of removing those gaps.

The company solved this issue with so-called mosaicking, the same technology that is today used to achieve global cloudless images coverage. With the temporal resolution of 16 days the whole surface of the Earth is photographed every two and a half weeks. On average 70 percent of our planet is constantly covered by clouds but from time to time every place is finally sunny. Mosaicking joins the gapless and cloudless parts together. Simple as it is.

Each year the World Economic Forum awards the most innovative and impactful early-stage tech companies on the planet with their “Technology Pioneer” award. The award launched in 2000 has some big names in the list including Google (2001), Twitter (2010), Wikimedia (2007), Mozilla (2007), Kickstarter (2011), Dropbox (2011) and many others!

And the award goes to!!

4 Geospatial companies were named as Technology Pioneers for 2016 and they all seem to have one common factor – data analytics & sustainability. 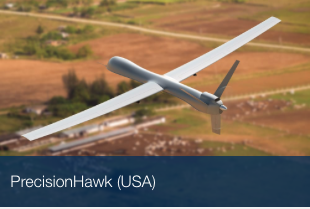 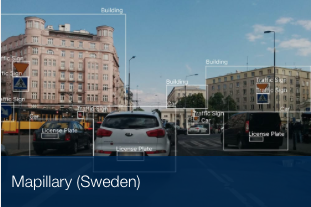 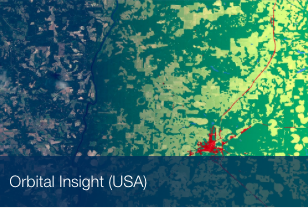 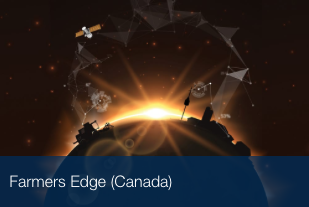 In April this year, PrecisionHawk announced that it has raised 18M USD to further its data acquisition and analysis business and later announced a partnership with DJI and MunichRE for insurance. Drones are going to have one of the biggest impacts especially with regard to Precision Agriculture and environmental monitoring. With the latest FAA rules for commercial drones opening up the commercial drone industry, PrecisionHawk is well poised to showcase the potential of drone data analytics!

Mapillary is a platform for crowdsourced and street-level map photos. Machine vision stitches photos together in 3D to create immersive ground level maps in real-time. The technology empowers users to decide which streets, roads and hidden paths should be mapped. Municipalities and non-profit organizations have used it to improve infrastructure in cities around the globe.

Mapillary is famous for being the open-data alternative for Google Street View but is slowly being an enterprise player in the infrastructure monitoring market and are also part of Esri’s startup program.

Orbital Insight is a geospatial big data company using deep learning to discover social, economic and agricultural trends through satellite-image analysis. The company’s technology serves as a “macroscope” allowing the study of trends that are located in hidden places, with poor official data, or too large to be seen by the human eye. From cars in parking lots to trees in the rainforest, Orbital Insight can analyse any type of aerial imagery to deliver insights used to make market decisions.

Facebook showed the world how satellite imagery can be used to create the most detailed population map of the world, Google has been showing signs of (finally) working on a “Satellite Search Engine” and Orbital Insight is using satellite imagery to help enterprises make better informed decisions aka “Satellite Search Engine” for companies if you will!

Farmers Edge is delivering precision agriculture and independent data management solutions. Through the integration of highly accurate data science and services on the farm, it is helping growers around the world achieve the highest sustainable yields possible. The company collects and aggregates data enabling real-time decisions for growers, resulting in higher yields, better quality and less environmental impact.

Precision Agriculture has been a hot topic for sometime now and it’s importance to sustainability cannot be stressed enough. Farmer’s Edge (refreshingly) isn’t only working with large-scale farmers.

Congratulations to all the technology pioneers of the year, especially to all the cool geospatial companies – PrecisionHawk, Mapillary, Farmer’s Edge and Orbital Insights! #geoawesomeness