GOES-R the first of four high advanced weather satellites was launched on November 19, 2016 from Cape Canaveral, Florida. GOES –R, -S, -T and –U will extend the NOAA’s GOES geostationary satellite mission through 2036. After reaching its final orbit at around two weeks, the satellite is going to be renamed to GOES-16, continuing the series of GOES satellites in sequential numbering. GOES-R will become operational only after being calibrated and checked around one year in orbit, when it will begin observing the Western Hemisphere.

What are the highlights of the GOES-R satellite?

Why do we need such a satellite and such sensors?

Generally, the generation of GOES satellites will show an increased performance in terms of spectral and temporal coverage (around five times faster for GEOS-R) and spatial resolution (four times better). The main scope of GOES-R is to enhance the observation and consequently the prediction of local weather situations including thunderstorms, tornadoes, fog, flash floods, and other severe weather events. GOES-R will improve hurricane tracking and intensity forecasts, the prediction and warnings of severe weather, including tornadoes and thunderstorms. Improved rainfall estimates will facilitate more accurate flood warnings. Additionally GOES-R will monitor hazards such as aerosols, dust storms, volcanic eruptions, and forest fires. It is going to provide significantly more data about weather that can be used for meteorology, oceanography, climate monitoring, in-situ data collection, for search and rescue. The enhanced data provision is regarded to be very usefule for remaining resilient to climtic and weather conditions. 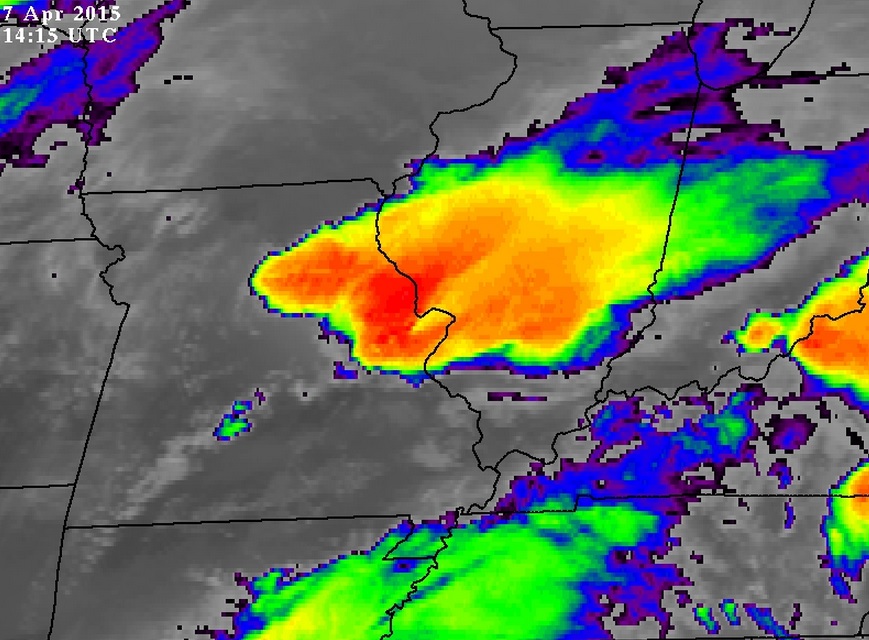 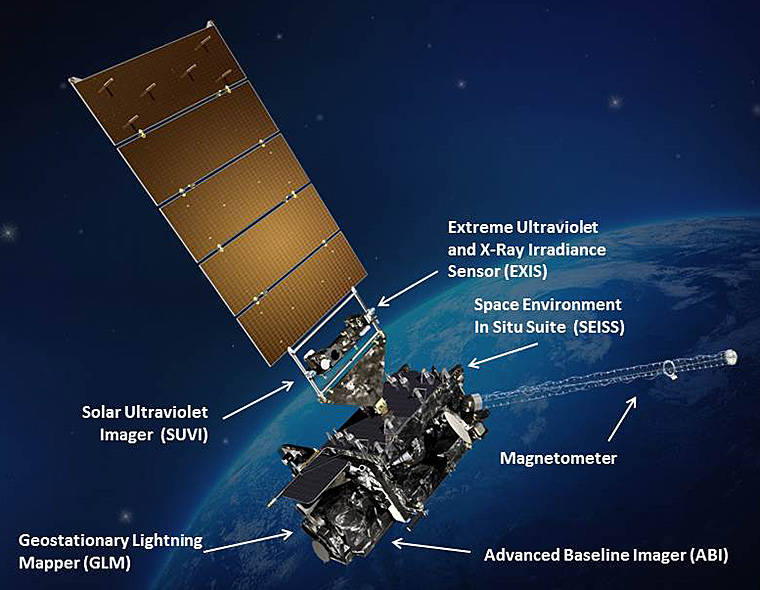 GOES-R with Earth in the background. Source: NASA

Say thanks for this article (1)
Stefan Mühlbauer
77 posts
Want to be an author?
The community is supported by:

On 17 November, four Galileo satellites are scheduled for the first-ever quadruple launch atop a single Ariane 5 rocket, as a step that brings the European navigation satellite system closer to completion.

For the time being, Galileo has 14 out of 24 operational satellites in orbit. Thursday’s launch will be the eighth so far for the European navigation system and will be the largest increase of any navigation satellite constellation from a single launch, bringing the number of satellites in space to 18. By 2020, the 24-satellite Galileo constellation is expected to be complete and along with a globally distributed ground network it will provide positioning, navigation and timing (PNT) services. 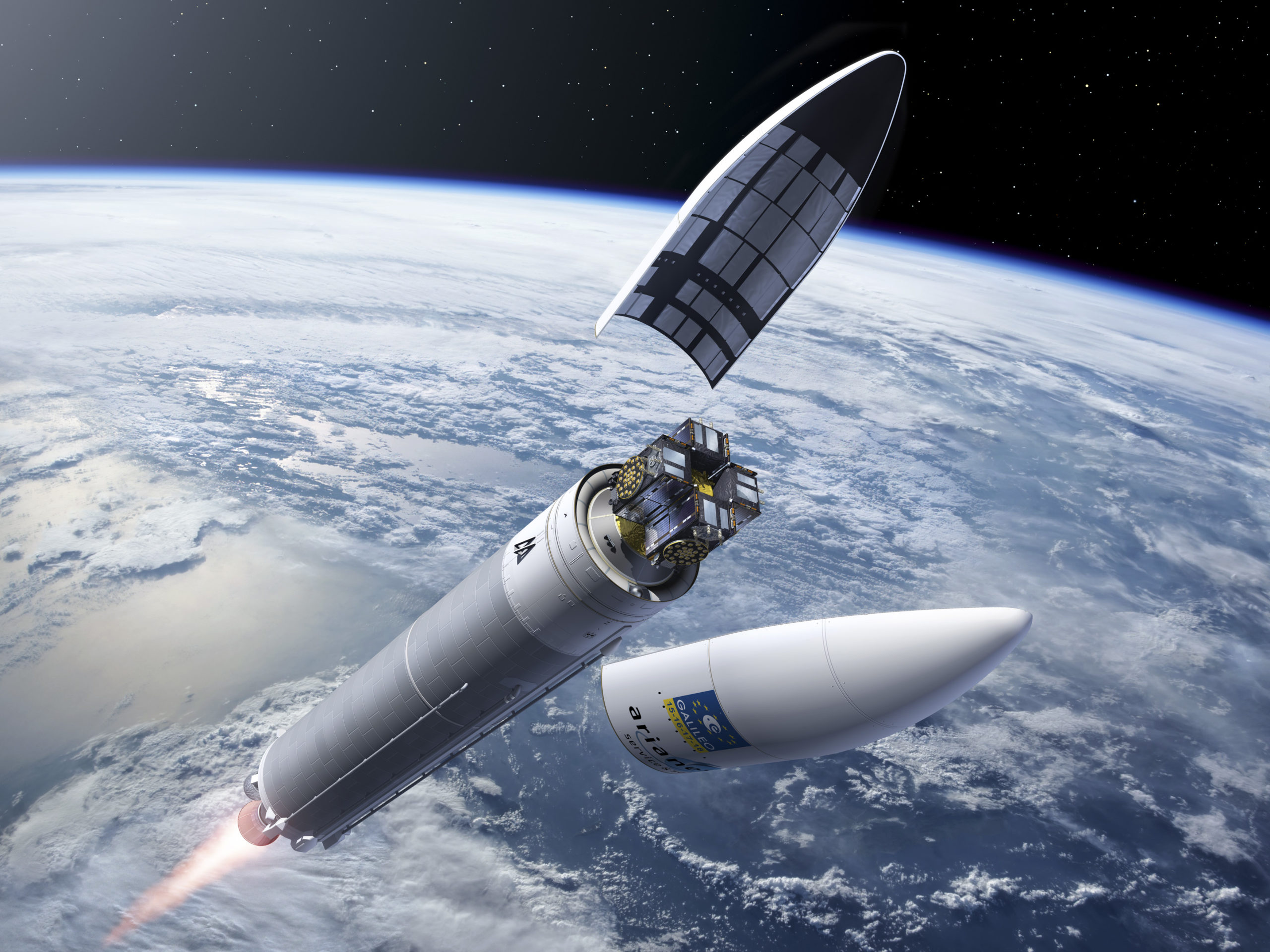 Until now, the Russian Soyuz rockets have been used to carry two satellites at a time. The quartet, though, this time will be carried into orbit through a specially modified Ariane 5 rocket using a new payload dispenser that will be able to release the satellites all at once into orbit. Although this is a great boost from European Space Agency to accelerate the constellation integration, there are various technical challenges regarding the almost simultaneous control over four independent satellites which increases the mission complexity.

The identical four 715 kg satellites are made by OHB System in Germany, while their navigation payloads are made by the British company Surrey Satellite Technology. The highly accurate timing required for precise PNT services is based on four atomic clocks that each Galileo satellite will carry: two Passive Hydrogen Maser clocks, and two Rubidium Atomic Frequency Standard (RAFS) clocks, which lead to a fourfold redundancy on each satellite in order to ensure stable operations over their whole lifetime.

The launch of the four new satellites atop the Ariane 5 rocket is scheduled at 13:06 GMT (14:06 CET) on 17 November and will take place from Europe’s spaceport at Kourou, French Guiana. Although Galileo constellations’ operating orbital altitude is 23200 km, the target orbit of the quartet is actually 300 km below it, at 22900 km, allowing the four satellites to manoeuvre themselves up to the operating altitude. The reason behind this decision lies in two recent analyzed anomalies occurring in the rubidium atomic clocks aboard orbiting Galileo satellites. The ascent into this Medium Earth Orbit (MEO) will take approximately three and a half hours.

After the separation of the four satellites two by two and the placing of Ariane’s upper stage into a stable “graveyard” orbit, a combined team from ESA and CNES space agencies will take over in shifts and shepherd the Galileo satellites through their early orbits through a series of critical activities and manoeuvres. This task, however, cannot be done in a single step but rather in pairs due to its high complexity. During the manoeuvring of the first pair of satellites, there will be no activities for the second one, being in the phase known as “babysitting” and waiting for its turn.

The control of the satellites, after they get successfully onto their “drift” orbits using their onboard thrusters, will be handed over to the Galileo Control Centre in Oberpfaffenhofen, Germany, which is responsible for the satellites’ command and control for the whole of their operating lives. Except for the extensive health checks to be conducted, the tasks of the specialists include:

Despite the mission’s complexity, everyone involved in the forthcoming launch has put a lot of effort in it and worked through numerous trainings and simulations to ensure that the launch will be successful and the Galileo satellites will arrive safe and sound into their nominal orbits, expected early in 2017.

If you are excited about the first-ever launch of the Galileo quartet as we are at Geoawesomeness, then you can visit the following link to watch the launch of Galileos 15-18: http://www.esa.int/Our_Activities/Navigation/Galileo/Launching_Galileo/Watch_the_launch_of_Galileos_15_18