The science behind the GPS/GNSS receiver is something that one marvels at; so many complexities. However, it still remains very very simple at a conceptual level.  But the science behind it is really advanced! In fact, I believe that Einstein would have been proud of the GPS industry. Now, wondering why would Einstein be so proud – it is in fact the only commercial domain in which the relativity theory is being actively used.

The first thing that comes to our mind when we say GPS is either a car navigation system or a hand-held receiver being operated by some guy with survey equipments. More often that not, each receiver has it own proprietary firmware on it and can be accessed only as the company wants to you to.

A lot of researchers have wanted to break the shackles so that they can write their own ionospheric modelling algorithm and see if it works fine or maybe change something in the way the navigation bits are being read. Without having to use simulators and the like. In a sense, the researchers and “rebels” wanted to work with their hardware, the way they wanted it to behave. With commercial receivers that was a little too difficult!

So for all of us who want to get to understand “more” about the GPS receiver at its code level and perhaps try and play around with the algorithm – Here’s the link to get to do all that and more.

GNSS-SDR is an open-source GNSS software receiver freely available to the research community. This project provides a common framework for GNSS signal processing which can operate in a variety of computer platforms. This tool is intended to foster collaboration, increase awareness, and reduce development costs in the field of GNSS receiver design and customized use of GNSS signals. 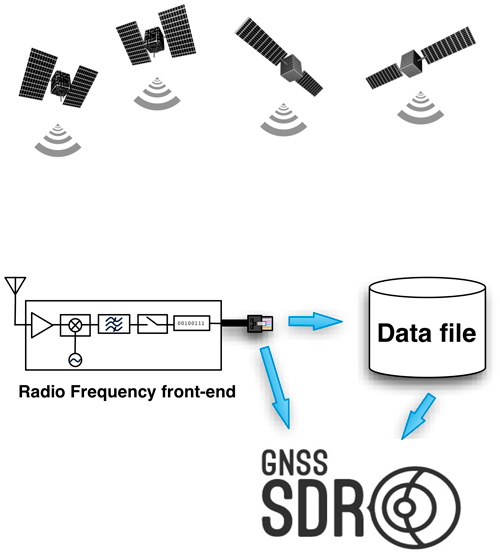 What is a Software defined receiver!?

Good Luck with your algorithm 😉 Here’s how you can participate in this project – link.

P.S: I actually wanted to write about an amazing piece of work that helps experiment with GPS receivers using a really cheap and accessible piece of Hardware but I suppose I have to wait before I write about that. Soon, that’s a promise 🙂

Weather throughout the world is increasingly getting bizarre and unpredictable. Fluctuating Temperatures and Tornadoes are the order of the day and the only relief and peace of mind one has in times like these – Weather Prediction Satellites. 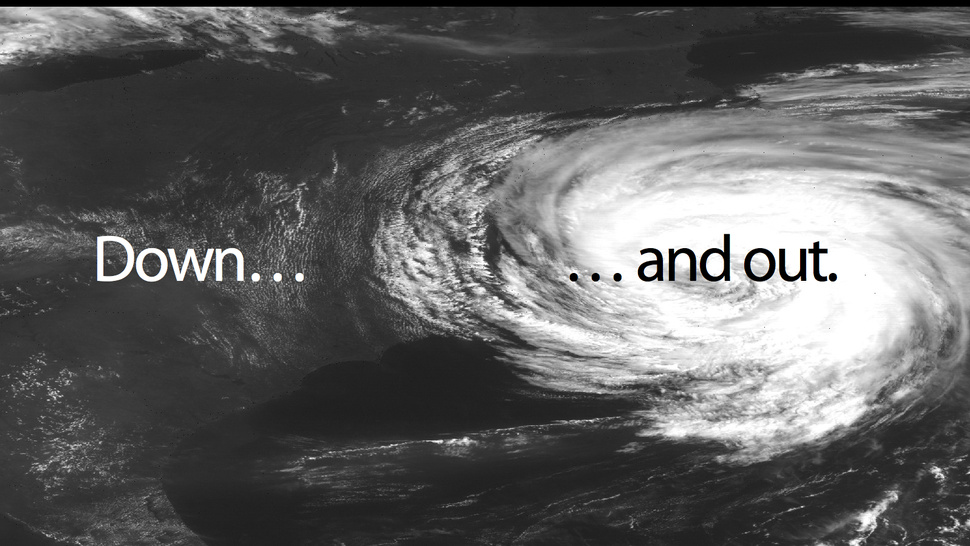 Imagine not having the ability to predict extreme weather conditions, atleast few hours before!
Image from NOAA under Creative Commons license

One of the most scientifically advanced weather prediction organizations in the world, NOAA claims “NOAA’s weather programs touch the lives of every American. Every day, decisions are made based on NOAA weather information – from the mundane “should I pack an umbrella today?” to the most critical and potentially life-saving.”

United States relies on geostationary and polar orbiting satellites to help provide a global weather perspective day and night, 24×7, 365 days a year. A system that is crucial to weather forecasters, climatologists and an army of amateur weather forecasters besides the government agencies.

Now, it looks like all this could be in a spot of bother. NOAA has acknowledged ” there is a substantial risk of a gap in polar satellite data in the afternoon orbit, between the time that the current polar satellite is expected to reach the end of its life and the time when the next satellite is expected to be in orbit and operational. This gap could span from 17 to 53 months or more, depending on how long the current satellite lasts and any delays in launching or operating the new one. There is also a risk of a gap in the early morning orbit if the Department of Defense’s next satellites do not work as intended. “

A potential gap of 17 to 53 months?? NOAA has to be really worried! I hope they are. A satellite data gap can result in less accurate and delayed weather forecasts and warnings.

At a time when weather around the world has been unpredictable to say the least, this does not make things more comfortable. However I must add that this information is intended as a worse case scenario if the current polar orbiting satellites do not work. Hopefully things wont go out of hand.

All said, US has already placed this issue in the High Risk Report for 2013