In December 2014, The National Institute for Space Research of Brazil (Instituto Nacional de Pesquisas Espaciais, INPE) announced the distribution of images deriving from the Indian Resourcesat-2 satellite. The images are received and collected at the ground station in Cuiabá, capital of the federal state of Mato Grosso, which is run by INPE. The images can be ordered for free at http://www.dgi.inpe.br/CDSR/ , only registration is required.

Resourcesat-2 is an orbiting Indian Earth Observation satellite and was launched in 2011 as a follow-on mission to the Indian Resourcesat-1 satellite increasing the observation timeliness (repetivity) in tandem with ResourceSat-1.  It carries three imaging sensors LISS-3 (Linear Imaging Self Scanning Sensor), LISS-4 and AWiFS (Advanced Wide Field Sensor). While the resolution diminishes from 5,8m (LISS-4) and 23,5m (LISS-3) to 56m (AWiFS), the swath enhances from 70km and 141km to 740km respectively. All sensors record in the green, red and near infrared bands, whereas the latter two sensors also record in the short wave infrared spectrum. The ResourceSat data find their application in several areas like agricultural crop discrimination and monitoring, crop acreage/yield estimation, precision farming, water resources, forest mapping, rural infrastructure development, disaster management etc.

INPE also distributes satellite images from the CBERS missions (China and Brazil), LANDSAT missions and Resourcesat-1. Hence, the Brazilian Institute for Space Research constitutes one of the most complete remote sensing catalogues in the world with images starting in 1973 right after the launch of LANDSAT-1. 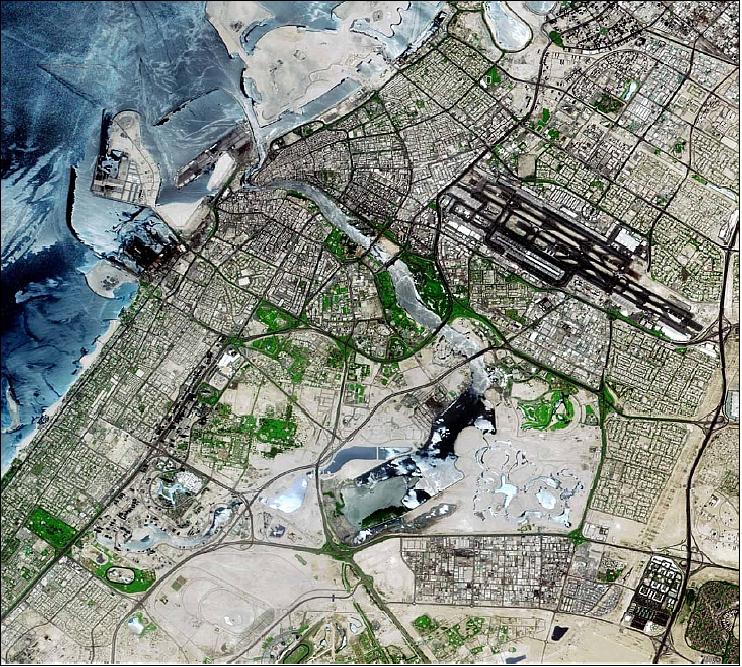 LISS-4 image (Mx mode, 6 m) of the Sharjah International Airport of the United Arab Emirats on May 8, 2011. Source: eoPortal 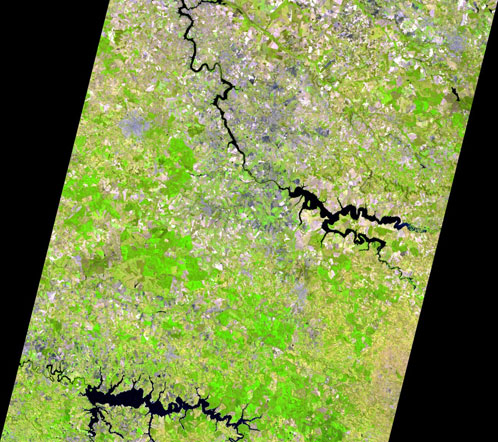 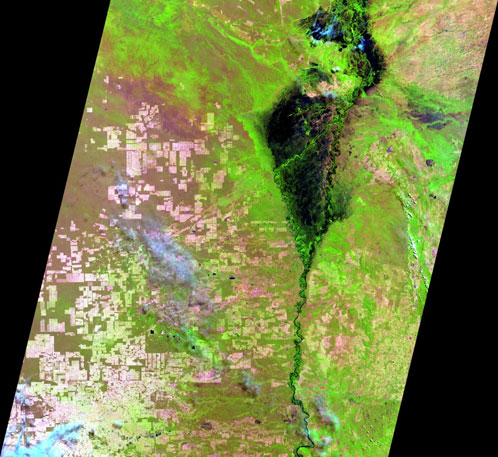 AWiFS image (56m) from the Corumbá region in the federal state of Mato Grosso do on September 30, 2014. Source: INPE 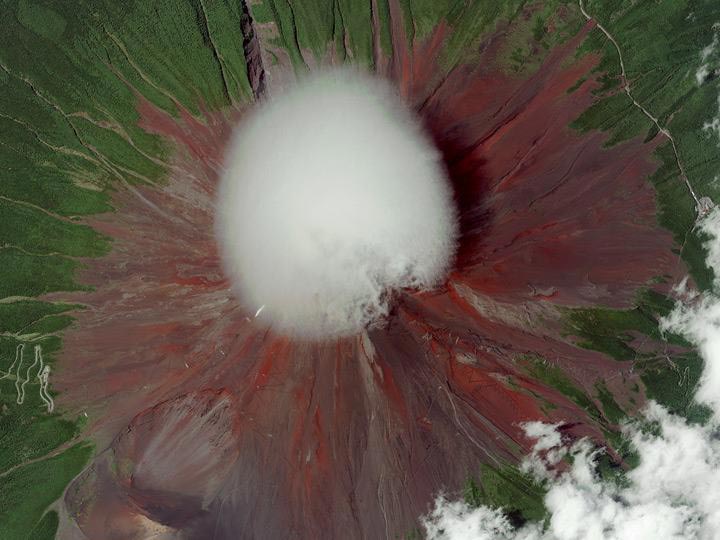 The Earth-sensing data received from civilian domestic and foreign satellites are no longer considered state secrets and it will be open to public access in line with the Russian legislation.

Similar restrictions have been loosen around the world. In June 2014 the US government allowed for civic usage of satellite images containing more details. Previous restrictions stopped images with pixels smaller than 50 cm (1.64 feet).  In case of US the change has been pushed by Digital Globe which is planning to launch satellites allowing to capture images with much higher resolution. I’m wondering who and why was lobbing for this legislation changes in Russia? Any ideas?