Where did the flight go?

We all are extremely shocked and saddened by seeing a flight vanish. Just like that, it is no where to be found. With all the technology we have, one would definitely expect that there is something that could be done. With 40 ships and 34 aircrafts from nine different countries, we are still not able to locate anything. When we are waiting for someone to do something, here is a chance for us to contribute: 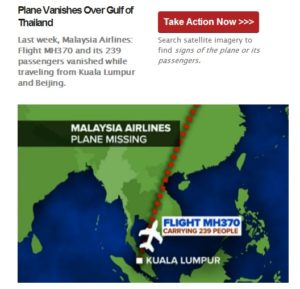 Tomnod is looking for volunteers to contribute their time. Digital globe’s high resolution imageries are one good way to look for any clues, any signs, any debris washing away. When we are talking about thousands and thousands of nautical miles, what is better than having it crowd sourced? Simply tag when you see anything abnormal.  Let’s  get to work, there is a lot of area to cover. And lot of families and loved ones waiting for an answer…

It’s not only the big players like USA, Europe, China, India or Japan that have their own satellites. Even smaller nations make inroads into the world space industry improving the capability to design and develop highly advanced remote sensing satellites. In addition to my last article about satellite-derived bathymetry I want to dedicate some lines to KOMPSAT-3, Koreas high resolution satellite, whose data are used for the sub-meter bathymetry product of EOMAP.

The KOMPSAT (Korean Multipurpose Satellite) program was launched in 1995 with the objective to develop a national space segment in Earth observation along with an efficient infrastructure and ground segment in South Korea, in order to provide valuable services to remote sensing users in various fields of applications. The mission is funded by MEST (Ministry of Education, Science and Technology) and was started with the launch of KOMPSAT-1 in 1999 followed by KOMPSAT-2 in 2006 as the first two satellites of the series.
Like its predecessors KOMPSAT-3 is an optical satellite of KARI (Korea Aerospace Research Institute), but with the so far highest horizontal resolution of the observation mission. KOMPSAT-3 was launched on 18 May 2012 (local time at Tanegashima Space Center of JAXA in Japan) and operates at an altitude of 685 km in a sun-synchronous orbit. Its sensor has 0.7 meter panchromatic and 2.8 meter multispectral (B,G,R,nIR) resolution at nadir. This allows for a 0.7 meter pan sharpened color product and constitutes Korea’s first satellite at a sub-meter resolution.
KOMPSAT-3 was launched to monitor the Korean Peninsula providing high resolution images for Geographic Information System and other environmental and oceanographic purposes. Its high resolution, extraordinary 14-bit depths imagery and afternoon collection times that for some areas will raise the capability to take cloud free images render the satellite an excellent choice for agricultural studies and compliant to imagery collections in the morning. Since 20 March 2013, KOMPSAT-3 imagery is commercially available and distributed by Satrec Initiative. 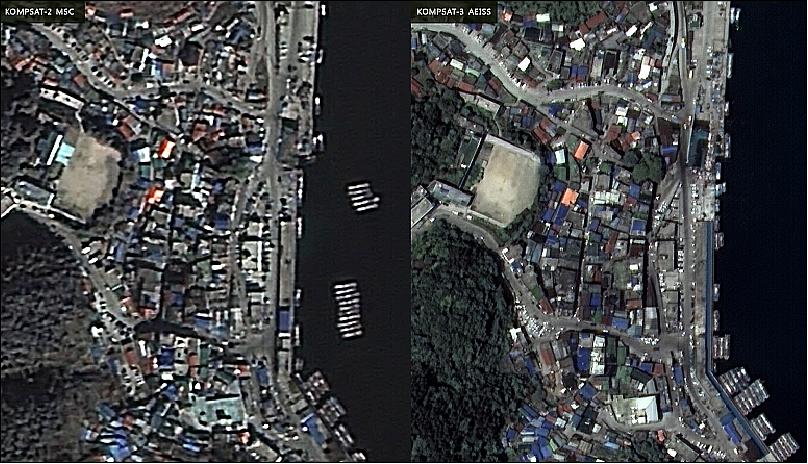 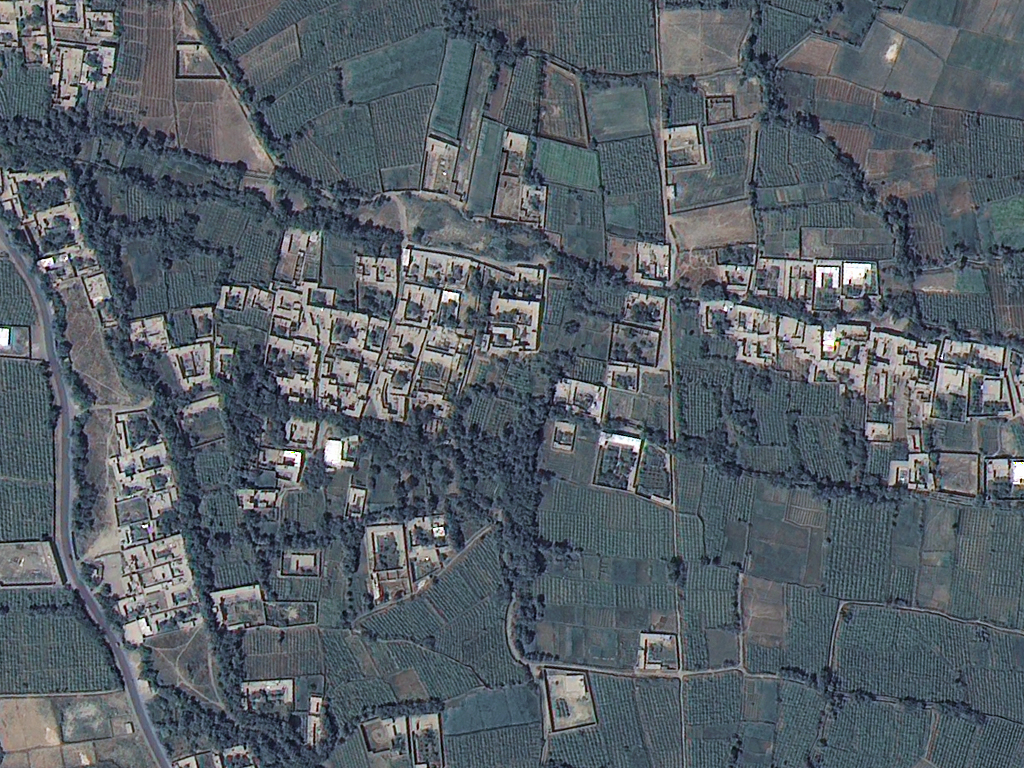