This beautiful map shows traces of humankind around the world

Humans have changed the surface of the Earth much more and much faster than any other species before us. In nature, we observe many animals also shaping their surroundings, just look at ants or beavers. But the scale of human influence on our planet is uncomparable. It lasts already for over 10 000 years (dating back to the beginnings of agriculture) but it dramatically accelerated in the last few decades. 2008 was the first year in which more people lived in urban areas than in rural regions.

The German Aerospace Center (DLR) has created a project which maps this impact and visualises human footprint around the world. The team of researchers processed and evaluated a total of 180,000 individual images and more than 308 terabytes of data and came up with this unique, minimalistic 3D globe. The map has been created using just three colours: black for urban areas, white for land surfaces and grey for water. 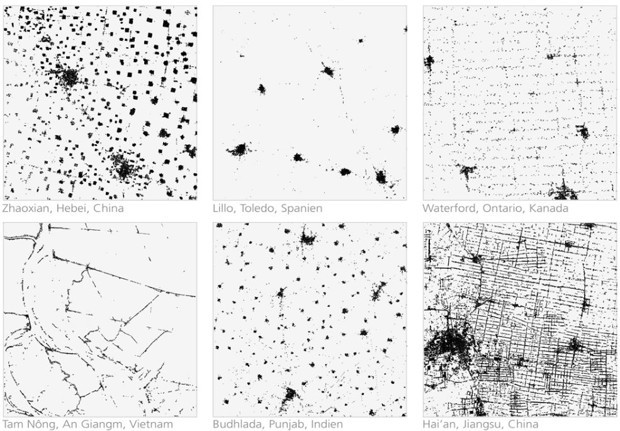 The images are based on data acquired by the German radar satellites TerraSAR-X and TanDEM-X. The images were taken from the altitude of over 500 kilometres with the resolution of 12 meters (40 feet). The two sibling satellites needed 2 years to cover the entire surface of Earth and this was possible only as the radar sensors are able to ‘see’ through clouds and can even record data at night. The task facing the scientists was to calibrate the automatic survey process in such a way that structures like trees or lampposts would not be recorded, while individual houses could still be detected. This all allowed to create a dataset with a precision currently unparalleled by any other global surveys.

Spectral Analysis using your Smartphone? There is an app for that!

Our smartphones can do a lot of things but one thing that they weren’t used for, is Remote sensing. At least, not until researchers at the influential R&D group Fraunhofer published their work on using smartphone cameras’ for spectral analysis. (Read: App reveals constituents)

There is an app for that!

Your iPhone/Galaxy device might have the best (smartphone) camera in the world, but it certainly doesn’t have a multi-spectral sensor embedded in it. However, HawkSpex mobile, Fraunhofer’s app, enables your smartphone to perform spectral analysis on any object that you point at – by intelligently changing the way spectral analysis is done without the need for any additional accessories such as prisms.

“Since hyperspectral cameras aren’t integrated in smartphones, we simply reversed this principle. The camera gives us a broadband three-channel sensor, that is, one that scans every wavelength and illuminates an object with different colored light. This means that, instead of the camera measuring luminous intensity in different colors, the display successively illuminates the object with a series of different colors for fractions of a second. Thus, if the display casts only red light on the object, the object can only reflect red light – and the camera can only measure red light. Intelligent analysis algorithms enable the app to compensate a smartphone’s limited computing performance as well as the limited performance of the camera and display.” – Prof. Udo Seiffert, Fraunhofer 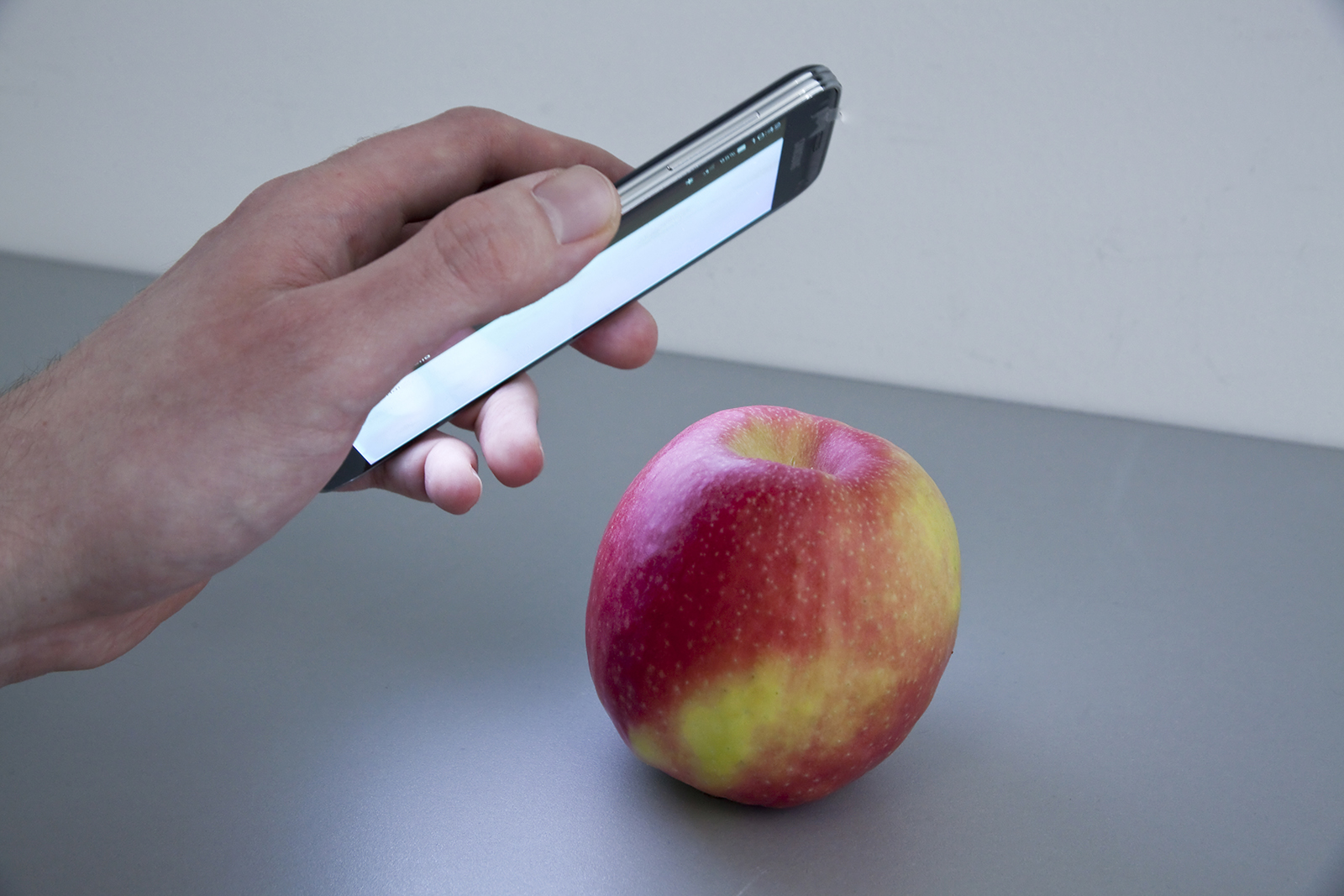 The researchers believe that the “HawkSpex Mobile” app will be useful for many applications, including verifying whether your apple contains pesticides and perhaps even in agriculture to confirm if the crops are sufficiently supplied with nutrients or fertiliser is needed.

It isn’t difficult to imagine the app being used as a cost-effective ground truth mechanism together with aerial imagery for data-driven agriculture, for example. The app will, however, not be available for public use until the end of 2017, but it certainly could spawn some interesting applications in drone remote sensing!