When Australia’s fire season begun in September 2019, nobody could have imaged it would turn out to be one of the worst seen in decades. The raging inferno has led to the death of at least 24 people and half a billion animals to date. More than 1,500 houses have been destroyed and roughly 15 million acres of land – about twice the size of Belgium – scorched. As the grim outlook continues, here are some satellite images that reveal just how bad the fires really are.

Southeastern Australia: Now and Then 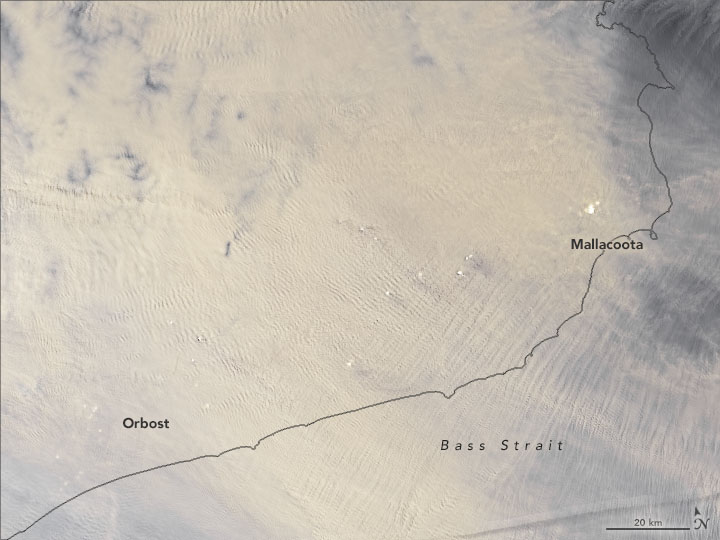 On January 1, 2020, the Operational Land Imager (OLI) on NASA’s Landsat 8 acquired a natural-color image (above) of thick smoke blanketing southeastern Australia along the border of Victoria and New South Wales. For comparison, the image below shows what the same area looked like under cloud- and smoke-free conditions on July 24, 2019. 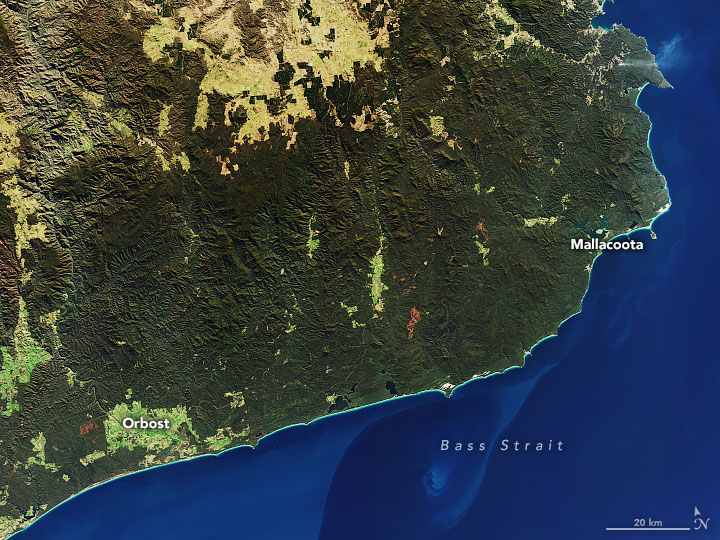 Explosive fire in the state of Victoria

Acquired by NASA’s OLI, the below side-by-side comparison shows the areas of dirty snow and ice in New Zealand’s Southern Alps. While the left image shows the area on December 15, 2014, during a typical year, the image on the right was acquired on November 11, 2019, during the current bushfire season. Notice the difference in color and clarity of the images. 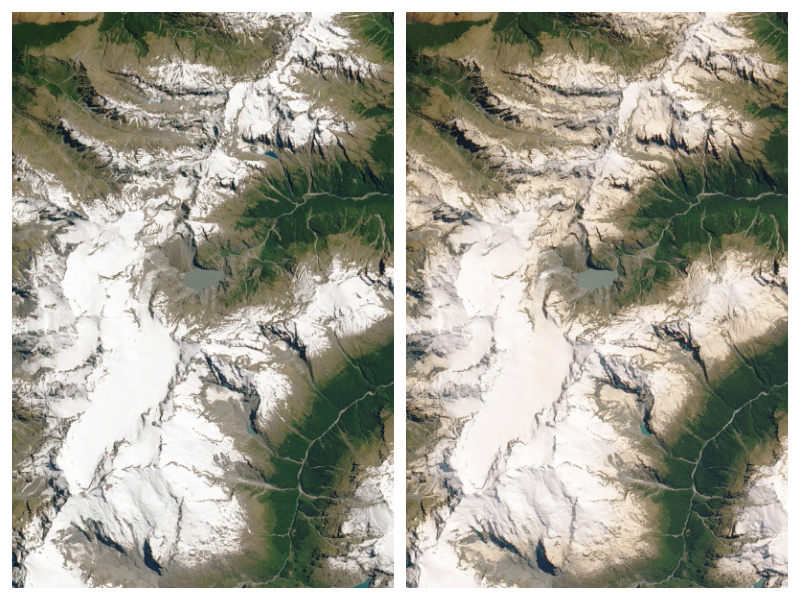 In this loop captured by Japan’s Himawari-8, you can see massive wildfires along the east coast. While the image on the left side shows natural fire color (aka day land cloud fire RGB), the one on the right highlights the hotspots in infrared light.

From its vantage point nearly 23,000 miles up, NOAA’s GOES-West weather monitoring satellite watches massive amounts of brownish-gray smoke from the Australian wildfires spreading over NewZealand and the South Pacific on January 3, 2020.

From its vantage point nearly 23,000 miles up, #GOESWest can see massive amounts of brownish-gray #smoke from the #AustralianBushFires spreading over #NewZealand and the #SouthPacific.
More real-time imagery: https://t.co/U2kJQTbbdy#FullDiskFriday #Australia #NSWFires #BushFire pic.twitter.com/Uv7v1MYmb4

Smoke Drifts over the Tasman Sea

In this November 12, 2019 image, the Copernicus Sentinel-3 mission captured the multiple bushfires burning across Australia’s east coast with plumes of smoke drifting east over the Tasman Sea. 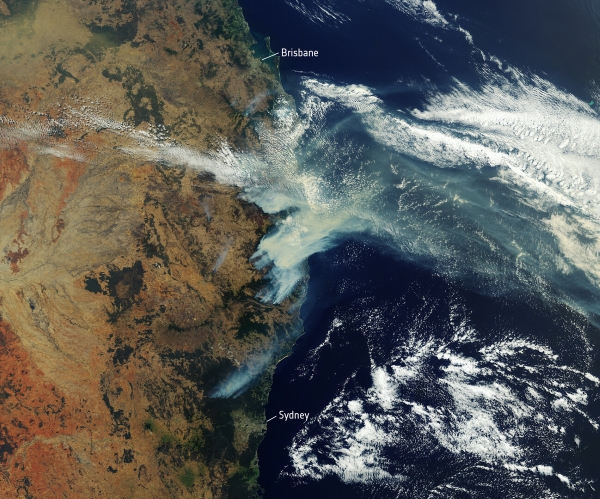 From 9 – 13 September 2019 the Phi week, organised by the European Space Agency (ESA), took place in its ESRIN facilities in Frascati near Rome. This interactive conference concentrates on topics of EO Open Science and Future EO. It responds to the last developments in EO Open Science and future trends. Beyond the classical oral and poster sessions the Phi week included a variety of side events such as workshops, round tables, hackathons and start up tables. In the 5th edition of the Phi Week (until 2017 the conference was called “Earth Observation Open Science Conference”) the prominent topic was AI filling 8 out of 14 oral presentation blocks. Other topics were EO Open initiatives in academia and industry as well as future trends in EO. As an outlook mega constellations were presented coming along with the already known problem of space debris.

Due to the overwhelming demand before the conference, online participation during the talks and presentations was enabled through a streaming service. All oral contributions were recorded and are stored under following link: https://livestream.com/ESA/PhiWeek2019

The videos are sorted according to the weekly program of the Phi week, which can be found on the main homepage of the conference: https://phiweek.esa.int/NikalWebsitePortal/esa-eo-phi-week-2019/phiweek/Agenda

Enjoy the presentations and discussion about most recent trends in EO Open Science!