The Allais Effect and the Iasoberg Model 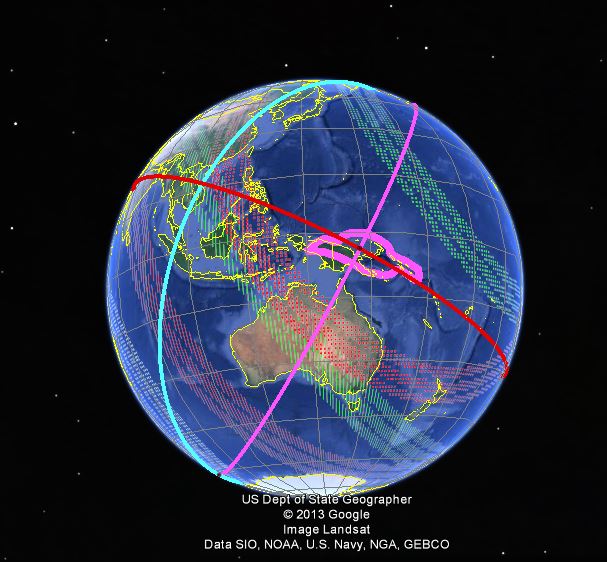 The Allais Effect is a minute unexplained influence that has been observed during recent eclipses (over the last 55 years). This influence, in certain scientific circles, is believed to be an undefined component of gravity.

The Iasoberg Model was developed to locate the Allais Effect in, on and near the surface Earth. The model was developed over the past 30 years. It began with an analysis of the data from Allais’ and Saxl and Allen’s pendulum experiments which led to the conceptualization of the hypothetical field that is the basis of the Iasoberg Model. The model describes the distortion of the gravitational potentials (solar and galactic) at the barycenter of the Earth/Moon System, resulting in the distortion of their respective gravitational vectors in, on and near the Earth.

A computer program was developed to model these distortions on an x y grid, which lead to using modern mapping applications to develop various graphic and mapping displays to illustrate these distortions, in particular their intersection with the surface of the Earth.

Should this model reflect aspects of an undefined celestial/terrestrial reality, a possible application of the outputs of the Iasoberg Model is the potential for long range predictions of geophysical events, such as severe weather events, cyclonic activity, seismic and volcanic activity, atmospheric disturbances et al.

iasoberg.com has been established by Ed Oberg to facilitate and promote research into the Allais Effect as well as distributing the resulting findings of this work.

Ed Oberg was born in the USA (1943) and grew up in the Northern Minnesota. He graduated from the University of Minnesota where he received a Bachelor of Mechanical Engineering and Industrial Engineering. He has had an eclectic career as a professional engineer and project manager at Honeywell and Control Data in the USA, and private companies and the National Occupational Health and Safety Commission in Australia.

He migrated to Australia in 1969 and has lived there since. In 1974 he developed a special interest in celestial mechanics, this led him to undertake research work in the area of gravitational anomalies. His work has resulted the development of the Iasoberg Model.

Ed has also established an Internet Yahoo Group (http://groups.yahoo.com/group/GravitationalAnomalies/) which is comprised of approximately 150 members who regularly discuss issues related to gravitational anomalies.

GeoSpatial Connect has offered to host and make accessible spatial products that have been generated by the Iasoberg Model algorithms in various formats (kml, kmz, jpg, xls) which entail analyses of past events, output of the model for future instances and reports associated with forecasts generated by the model.  Some of these products can be viewed on smart phones.

Both GeoSpatial Connect and iasoberg.com look forward to your response to this service.

Say thanks for this article (0)
Dean M Howell
22 posts
Want to be an author?
The community is supported by

Mars Atmosphere and Volatile EvolutioN – MAVEN, launching today from Cape Canaveral, Florida is next in line to make the journey to Mars. What’s new that MAVEN will let us know about Mars unlike other missions? 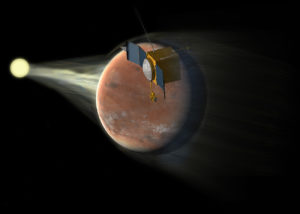 MAVEN will specifically look at the loss of volatile materials from Mars’ atmosphere to space to help scientists understand the climate change that might have happened there, in simple words; MAVEN will look into Mars’ past. What happened there that left Mars in this condition that we see today?  We want to understand if Mars was ever habitable, if there is any sign out there which would let us know about its climate, history, anything that would help us understand Earth better. MAVEN will also have an interesting elliptical orbit, at its closes point it would come as close as few hunderd kilmeters from the surface.

Tune to NASA TV! –  live coverage of MAVEN’s launch from 11 AM EST ! And there it begins, a long journey with a great quest.