Dutch police is training eagles to take down drones 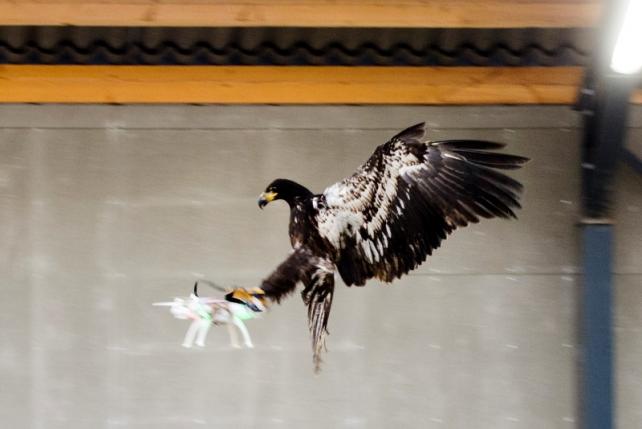 As the number of drones around the world is growing fast, law enforcement agencies started to seriously look at risks related to millions of these devices flying over our heads. The risk might be related to drone crushing in a crowded place, but we can also imagine a scenario where drones are being used for terrorist attack.

There is a number of ways used by agencies to intercept rogue drones. Some of them include radio jamming and other are based on net-wielding interceptor drones but Dutch police is testing much more interesting approach. It partnered with a raptor-training security firm from Denmark called “Guard From Above” to see if eagles can be used to safely intercept quadcopters. The birds are being trained to identify and catch drones. The results are very promising. The video below shows an eagle intercepting a DJI Phantom in the air.

It’s not clear how dangerous this could be for the birds. Carbon fiber props spinning at full speed could easily hurt the animals. Interestingly eagles seems to be aware of it. In nature they track their victims from a couple of miles and they attack fast in the middle of the back. When it comes to drones eagles seem to notice the movements of rotors and they hit from the side which is safe for them.

Dutch police is supposed to evaluate the results in a couple of months. No matter of the results it is a really interesting case, a low-tech solution to a high-tech problem.

#Business #Featured
Six drone industry trends for 2022 which are my takeaways from Xponential Expo in Orlando, FL
Aleks Buczkowski 04.30.2022
AWESOME 0
#Business
What is the metaverse and why should geospatial enthusiasts care about it?
Sowmya Somanchi 06.29.2022
AWESOME 5
#Business
We have analyzed 568 geospatial startups around the world. Here are the conclusions about the market
Hassan Safieddine 05.21.2022
AWESOME 11 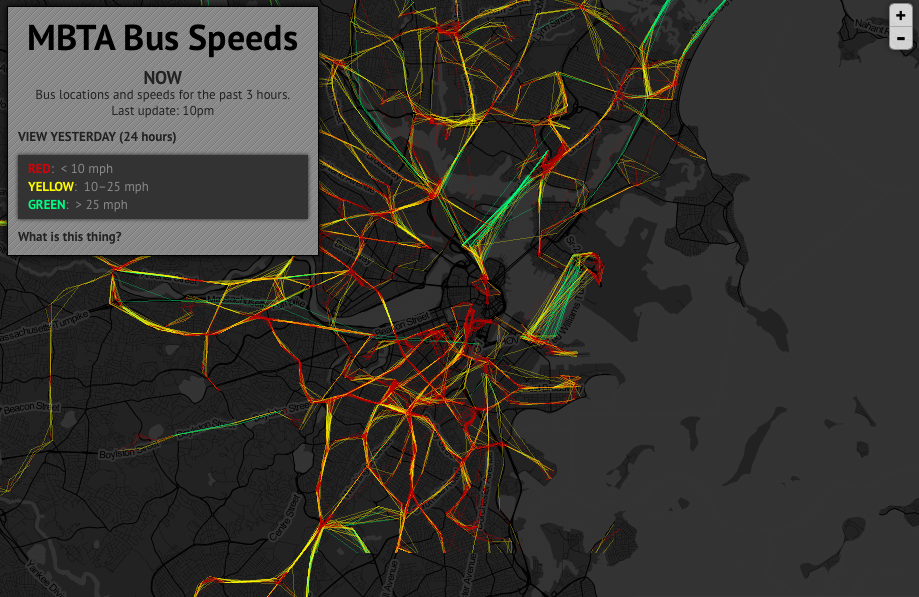 Interesting project coming from two GeoGeeks and enthusiasts of Boston who run blog called the Bostongraphy. The interactive map shows near real-time locations and speeds of buses in Boston, based on GPS probe data. Each path is colored along the way according to speed of travel.

The map doesn’t show the actual moving bus traces. It hourly aggregates the three most recent hours of data or allows you to view 24 hours of data from yesterday. The map is based on the discrete data points, so speeds are calculated based on straight-line distances between points, not on the actual distance traveled by the buses.

Still we get a very interesting effect. When you come back at different times you’ll notice how the patterns change for example between rush hours and the other times of the day, as well as over the weekends compared to weekdays.

The map has been developed based on Leaflet library and open bus data feed from Massachusetts Bay Transportation Authority (MBTA).