French artist Armelle Caron had a really cool and clever idea: take a map of a city, deconstruct it, classify it by size and shape, and finally arrange it again in rows.  The results look very intriguing but what’s most important they clearly show some characteristics of the city. Check in on your own: 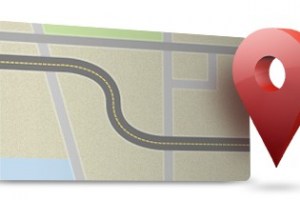 Amazon recently launched out the beta version of Amazon Map API  for its mobile app SDK. This gives developers an alternative to Google Map API. This is definitely gonna be  another blow to Google Map API as another technological and internet giant leaves Google Maps.

Amazon Map API is not yet as robust as Google Map API but so far it is able to offer the two core features which are very paramount to developers:

Amazon Map API has also provided simple migration path for developers already using Google Maps in their apps.
Nokia has also revealed that Amazon has licensed its Location Platform for Maps and geocoding. So invariably Amazon is investing on its own mapping services like the big Apple.
According to Mapcite, this is the latest step by Amazon to distance itself from Google services. Amazon has not integrated Google Maps into the Kindle Fire. It has built its own app store called Amazon Appstore for Android and it will now use Bing as its default search engine on its Silk browser on its Kindle Fire devices. If it can develop its own maps API, it’s likely that Amazon will have its own native mapping solution soon for Kindle Fire devices. That would follow in the footsteps of Apple, which is introducing its own mapping app in iOS 6 built upon its own technology. And that would be helpful if Amazon ever comes out with a smartphone to go along with its tablets.
Quite interesting stuffs going on between the Big G and its rivals.
Sources: engadget.com, mapcite.com