China and the rest of the world: RS Satellite Launch report for 2012

Looks like China is determined to remain at the top of the race when it comes to launching Earth Observation (EO) Satellites. China has been the indisputable leader in the number of EO satellites launched since 2007 and last year 2012 proved no different.

United States had a quiet year with regard to satellite launches thanks to budget cuts. 2012 also saw the termination of the record-setting LandSat-5 which had been in active service for 28 years. An awesome record for any space organization to flaunt. But US continues to be the leader in terms of RS capabilities and market leadership. 2012 saw commercial EO satellite launches by both GeoEye and DigitalGlobe, who are now a single entity. Russia on the contrast had a busy year with 3 launches including a mini-satellite for high detail imagery. The biggest disappointment in 2012 was the failure of ENVISAT (1); the world largest eight-ton civil Earth remote sensing satellite geared with ASAR and 9 sensors. Its predecessor ENVISAT was the most advanced environmental monitoring to have been launched until date. India continued it climb as a space power with the launch of RISAT-1 which will greatly augment its Radar RS capabilities.

The 8 EO Satellites that China launched in 2012 include

Many consider the launch of Yoagan-14 Satellite – an imagery intelligence, low orbit satellite that is equipped with subemeter spatail resolution Optical Remote Sensing systems as China’s biggest achievement of 2012. China’s Remote Sensing (RS) capabilities may not yet to be good enough to be touted as the biggest space organization at the moment but things are certainly getting better for China.

The number of EO satellites launched in 2012 is the highest in the brief yet important human space history. In the coming years we will see more satellite launches. The usage of remote sensing data had been growing exponential and the numbers are just an indicator of the demand for better and more versatile RS data.

The complete report can be accessed at ScanEx Research and Development Center.

The power of maps! When we can use Maps to monitor elections on a real time basis to ensure fairness;  you know that this is the “Location Revolution” era.

How do people ensure free and fair elections with limited resources? Crowd sourcing of information + Geographic visualization! That is precisely what Uchaguzi is all about.

Uchaguzi, an online initiative aims to help Kenya have a free, fair, peaceful and credible general election. A joint initiative between SODNET, Ushahidi, CRECO and Hivos Foundation with support from Canadian International Development Agency (CIDA) lead to this amazing and efficient idea.

Wondering how it works? Simply send a message like this (town name, intersection and Name of polling station), Ineligible Voters allowed to vote, More details) to the specified number or use social media to get the message across. The work flow looks like this – 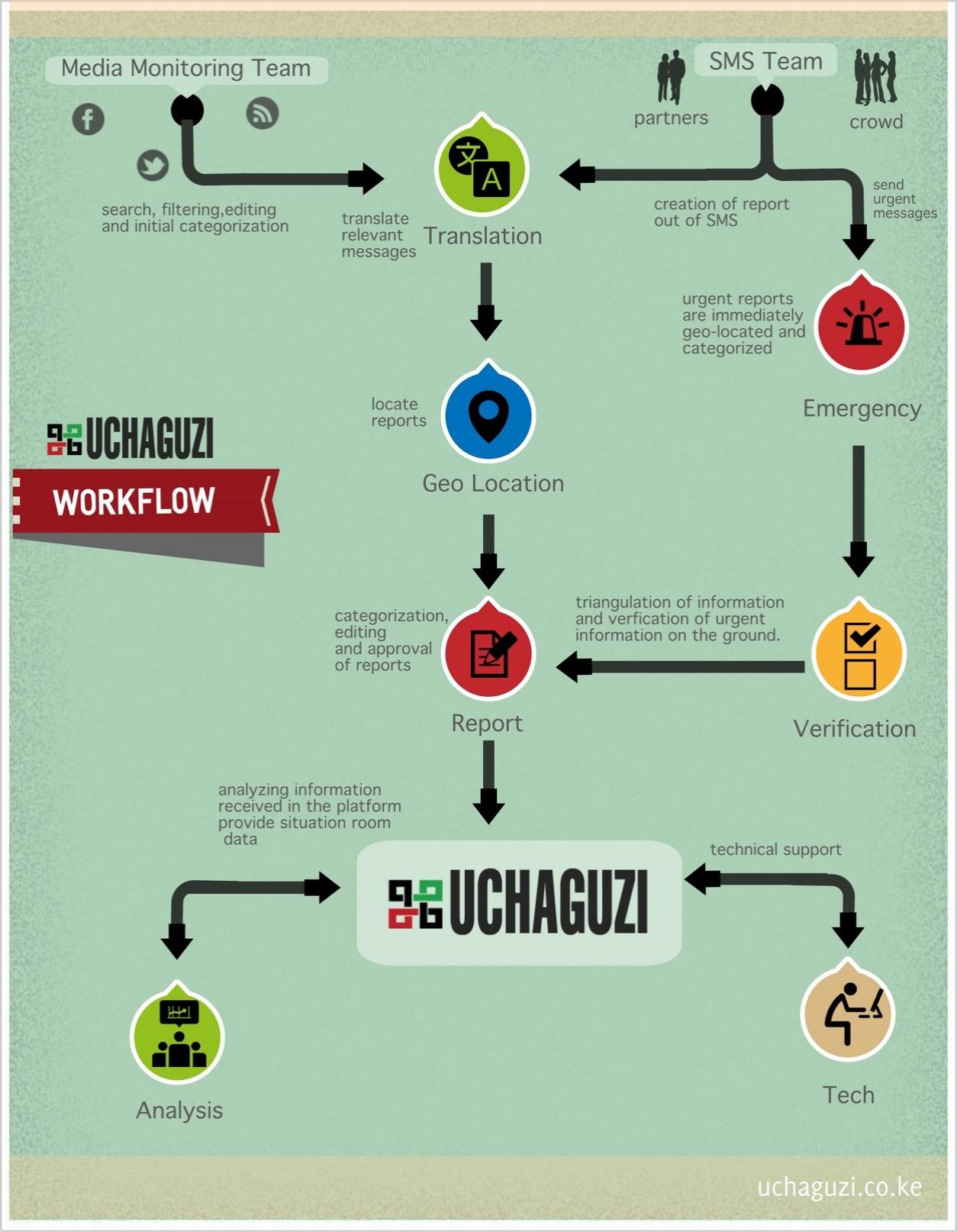 Uchaguzi is coordinated through an ICT platform, which enables the locals to ensure free and fair elections and provides many avenues using any technology through which they can report incidences significant to the elections. The electoral process according to Uchaguzi doesnt stop with just the Election day or counting day, its perceived as a permanent and recurrent cycle.

A wonderful application of location based information and visualization. 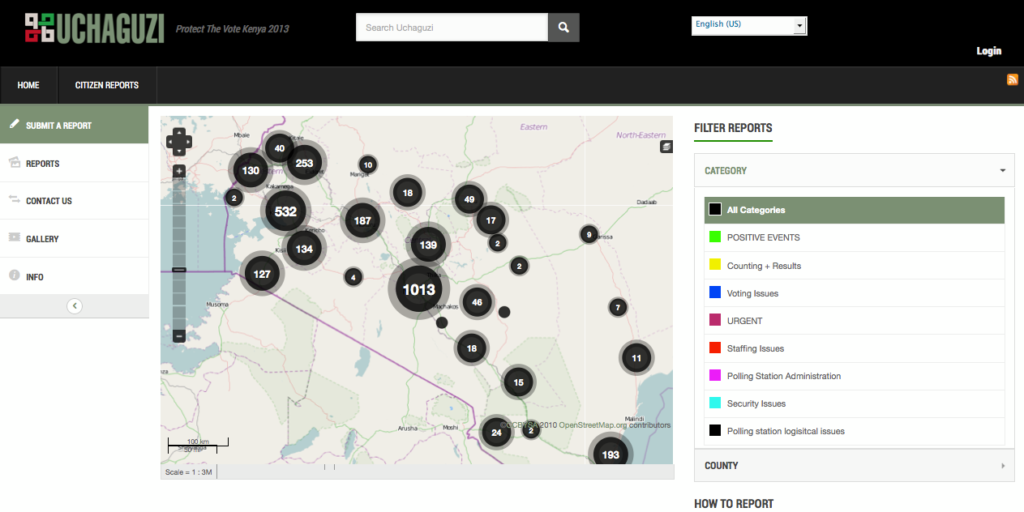