How can you track location of Santa Claus in a real-time?

How can you track location of Santa Claus in a real-time? There are two main tools to do that. The first one, developed by Google, is called Santa Tracker. It uses Google Maps to show geographic position of Santa as well as his geographic progress around the world. The site detects your location and estimates St. Nick’s distance, along with a running tally of how many presents Santa has delivered up to now. 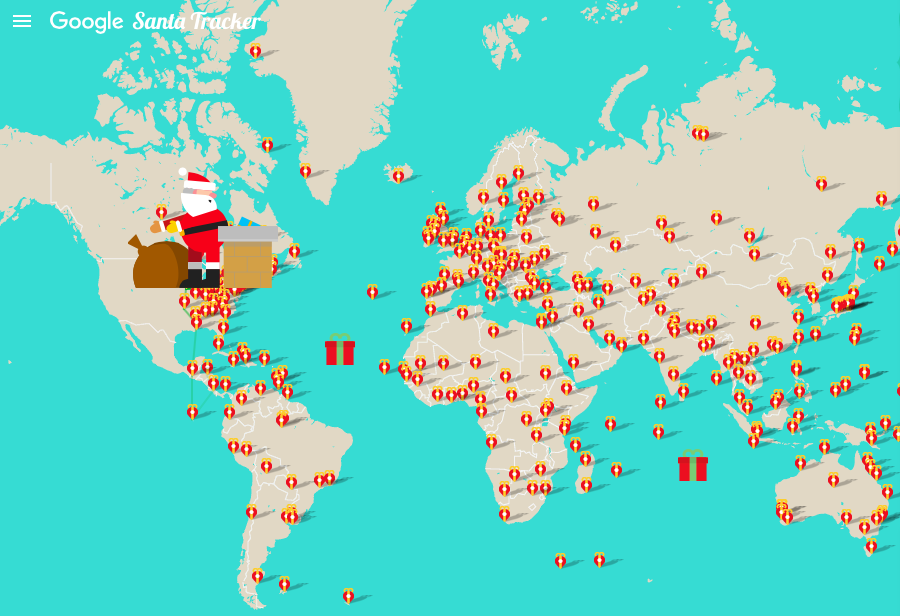 The second tool has been developed by North American Aerospace Defense Command (NORAD) in cooperation with Microsoft and it’s called NORAD Santa Tracker. The website also allows to track whereabouts of Santa in a real-time. There is a funny story behind the NORAD project. It all started in 1955 when Sears department store placed an advertisement in a Colorado Springs newspaper which told children that they could call Santa Claus and included a phone number. However, the advertisement accidentally gave the incorrect number which led children to call Continental Air Defense Command (now NORAD) instead. This soon developed into an annual tradition. You can read more about it here. 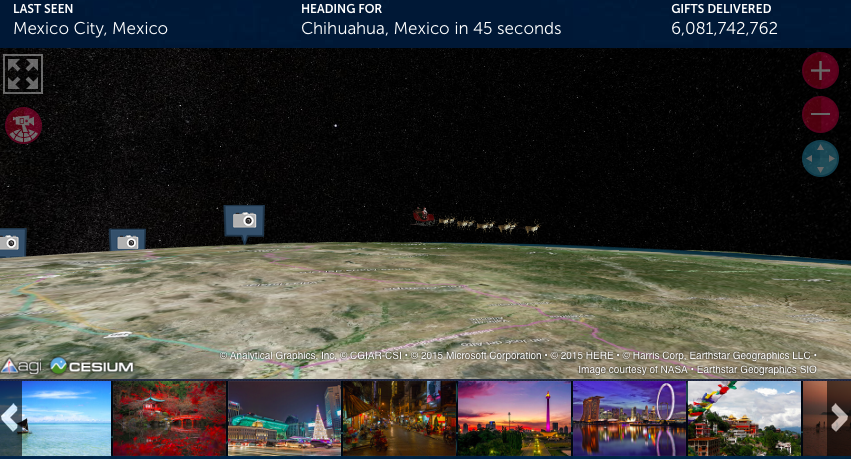 In addition to tracking Santa online, volunteers at the command center were also taking calls from kids all night long on Dec. 24. Kids could inquire about Santa’s whereabouts by calling 1-877-446-6723.

Say thanks for this article (5)
Aleks Buczkowski
966 posts
Want to be an author?
The community is supported by

Angela Merkel, Hillary Clinton, Melinda Gates? According this interesting article in National Geographic there is one woman who is and has been for a long time more powerful, than this trio… Virgin Mary – the mother of Jesus.

According to the text Virgin Mary barely speaks in the New Testament, but her image and legacy are found and celebrated around the world. The Cult of Mary is often linked to supernatural apparitions and miracle healings. There were over 2,000 sightings of the Virgin Mary claimed since A.D. 40. In the 16th century, the Roman Catholic Church instituted a strict verification process of miracles. The process of investigation covers many aspects of each apparition, including the ‘authenticity’ and mental stability of the seer. To be worthy of belief and church support, apparitions must be deemed miraculous with a high degree of certainty and in line with church doctrine, and found to have had a positive impact. In fact only 16 of them have being sanctioned as true miracles.

The article is summarised with this cool infographic showing where the sightings have been reported, and how they’ve been classified by the church. The map is nicely designed and complemented by a timeline were each apparition has been marked. 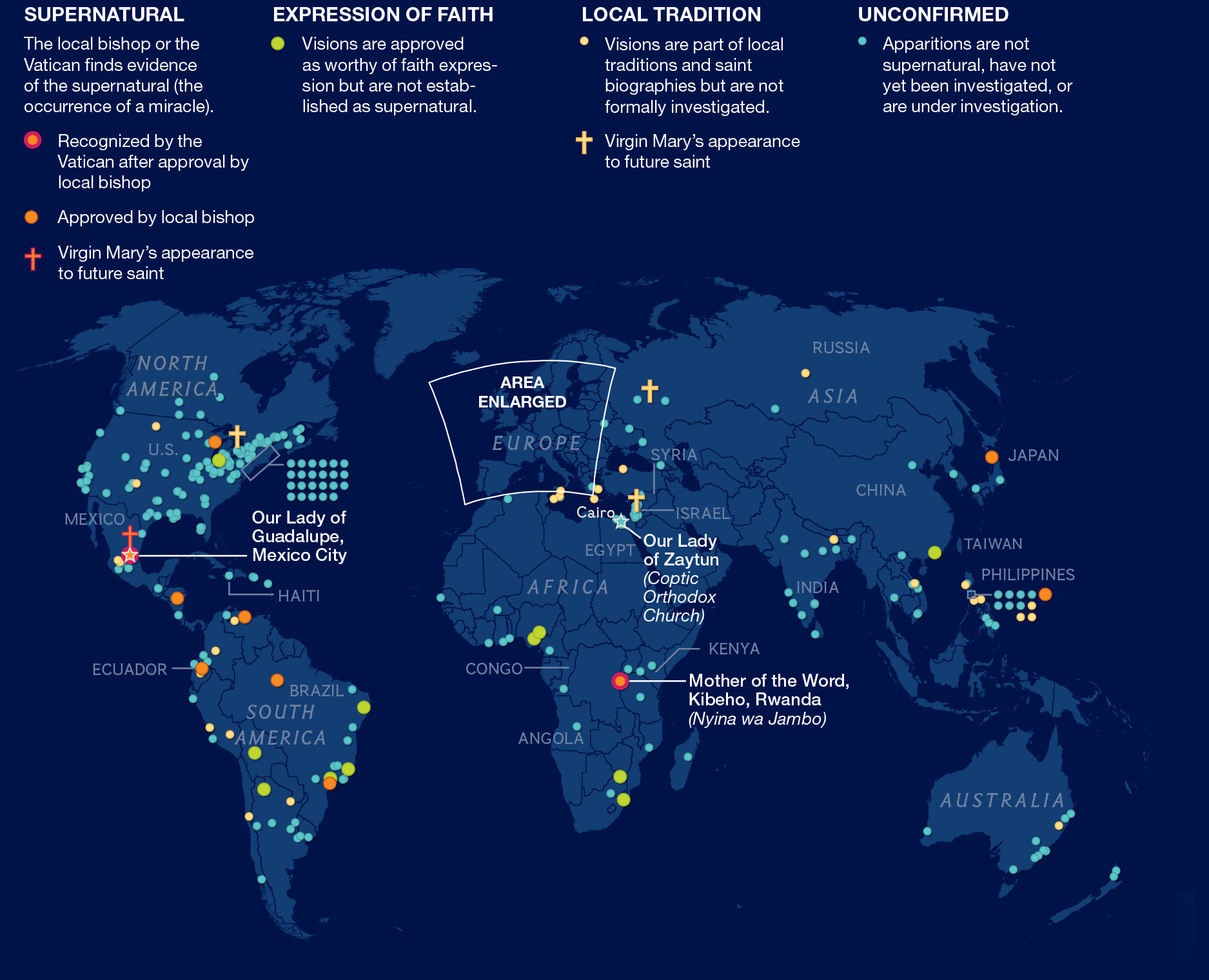 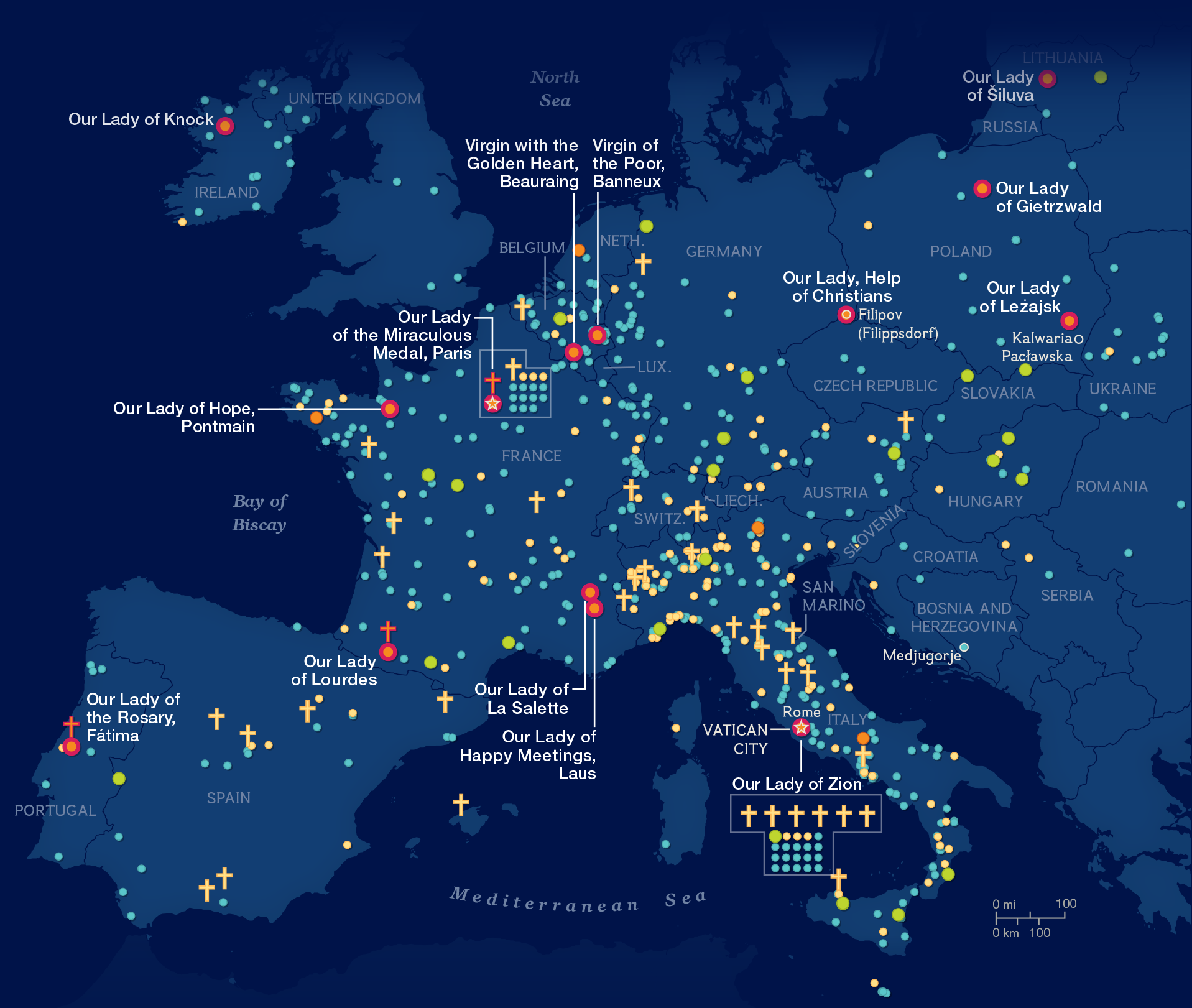