Can Apple and Google be forced to share their mapping data?

Not really. But, should they be sharing their mapping data? Absolutely – or so believes one of UK’s prominent advocacy groups, Open Data Institute (ODI). In a new report published last week, ODI insists that commercial online giants are dominating control of the United Kingdom’s geospatial data. 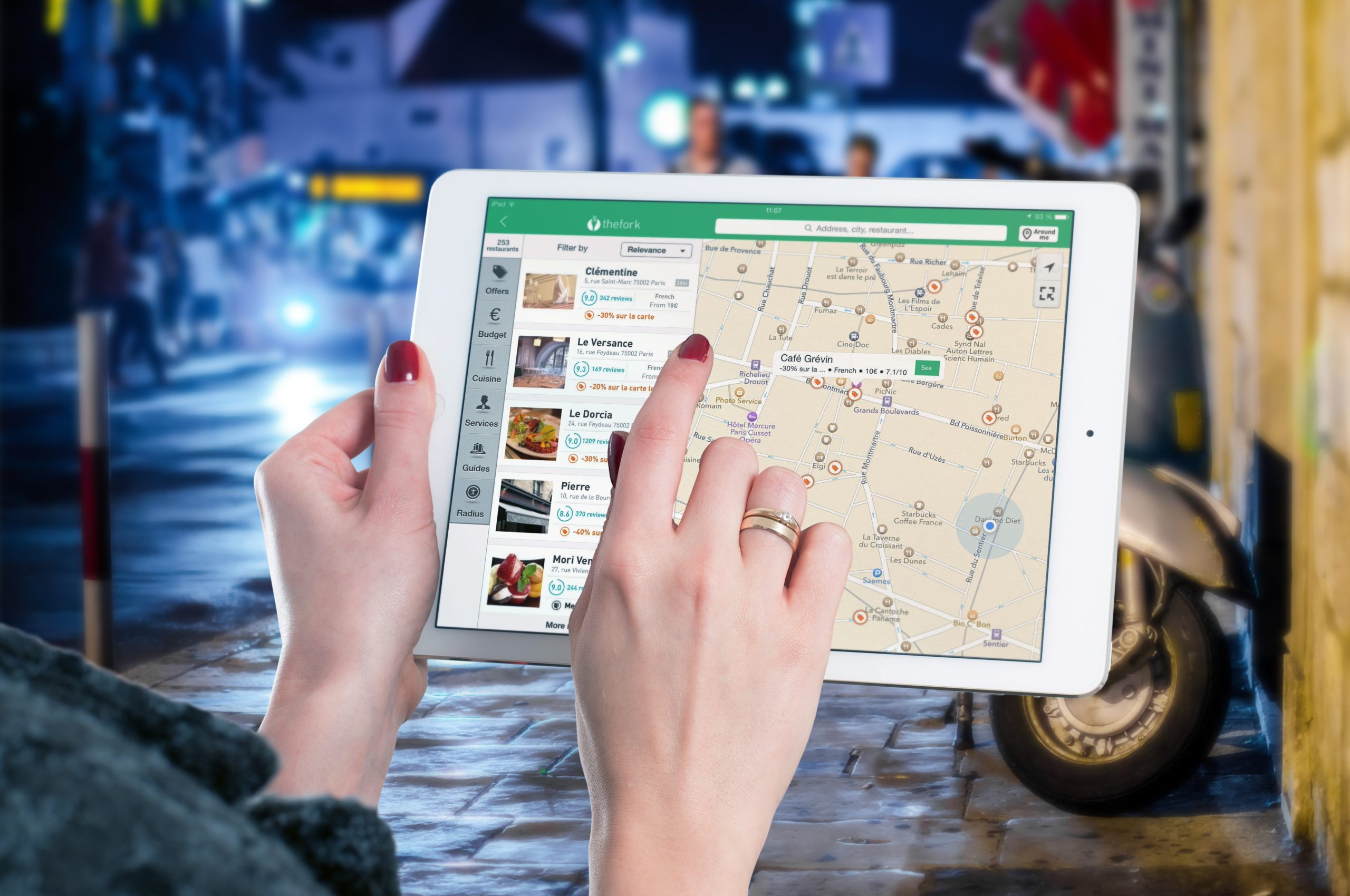 “From satellites and light detection and ranging (LiDAR) systems to the internet of things (IoT) and handheld, GPS-enabled devices, recent technological advancements have reduced the cost of production for many types of geospatial data. Alongside these advancements, new techniques like machine learning and computer vision have made it easier to extract greater value and insights from those datasets,” ODI notes, explaining how technology companies like Apple, Google and Uber are collecting geospatial data quickly and at scale.

According to ODI, commercial companies in the UK have become hoarders of geospatial data, while national mapping agencies and other public bodies are struggling to catch-up. And in the end, people, communities and startups are still not able to benefit from this data. Why? Because, on one hand, government agencies charge fees that make it hard for startups to get started, and on the other, we all are aware of how private companies like Google are capable of hiking their Maps API prices at will.

So, ODI now wants to explore whether public sector organizations could be given powers to mandate access, use and sharing of data held by large corporate firms. “The UK needs an effective geospatial strategy that looks beyond geospatial data holders in the public sector. Without it, the UK will fail to meet commitments to industries that rely on new technology, such as driverless cars and drone delivery,” Jeni Tennison, CEO at the ODI, asserts.

This public-private partnership needs to be executed while respecting privacy, national security and commercial confidentiality, the ODI admits. And a broader debate around the respective roles that public, private and third sector organizations can play in maintaining and enhancing the geospatial data infrastructure in the UK can help achieve that, the group believes.

What about you? Do you think it would be fair if governments asked for-profit organizations like Apple, Google and Uber to share their proprietary mapping data?

Surviving the holidays with Google Maps: A handy guide

Holidays can be stressful. There is so much planning and preparation, gift shopping, partying and travelling involved that this season can take a toll on mental and physical health alike. And nothing kills the joy of a Thanksgiving road trip more than getting stuck in the holiday traffic. For me, these visuals of Los Angeles’ traffic nightmare are scarier than The Haunting of Hill House:

So, how can Google Maps help?

You may know your area’s traffic patterns during a normal week, but holidaymakers follow a schedule of their own – with the day before Thanksgiving between 3-4pm being the worst time to hit the road. This handy chart by Google tells when you can expect traffic to be heavier than normal in your area: 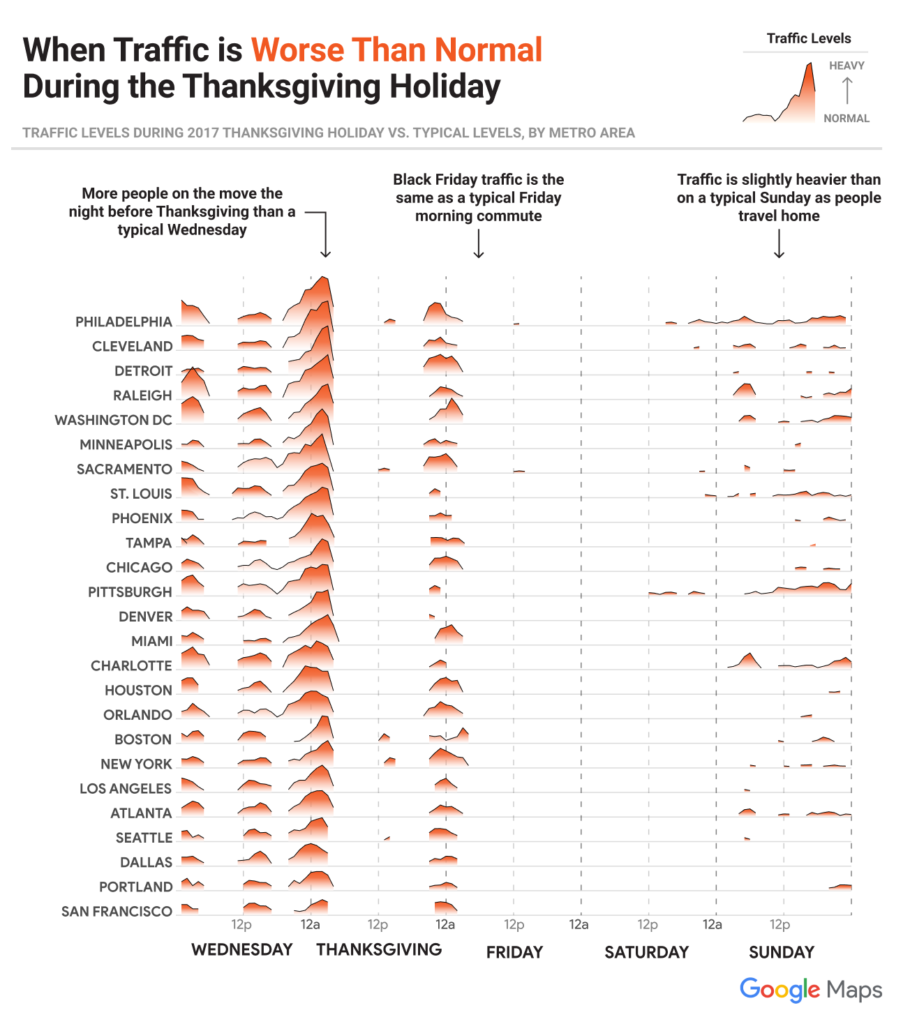 You can see it’s best to avoid the Friday/Sunday afternoon rush and leave in the morning instead, after Thanksgiving.

If you don’t want to waste your afternoon being stuck in a queue at the grocery store, shopping mall, the local bakery, movie theatre, or the liquor store, use this chart to see when you will be able to avoid the crowds at popular places: 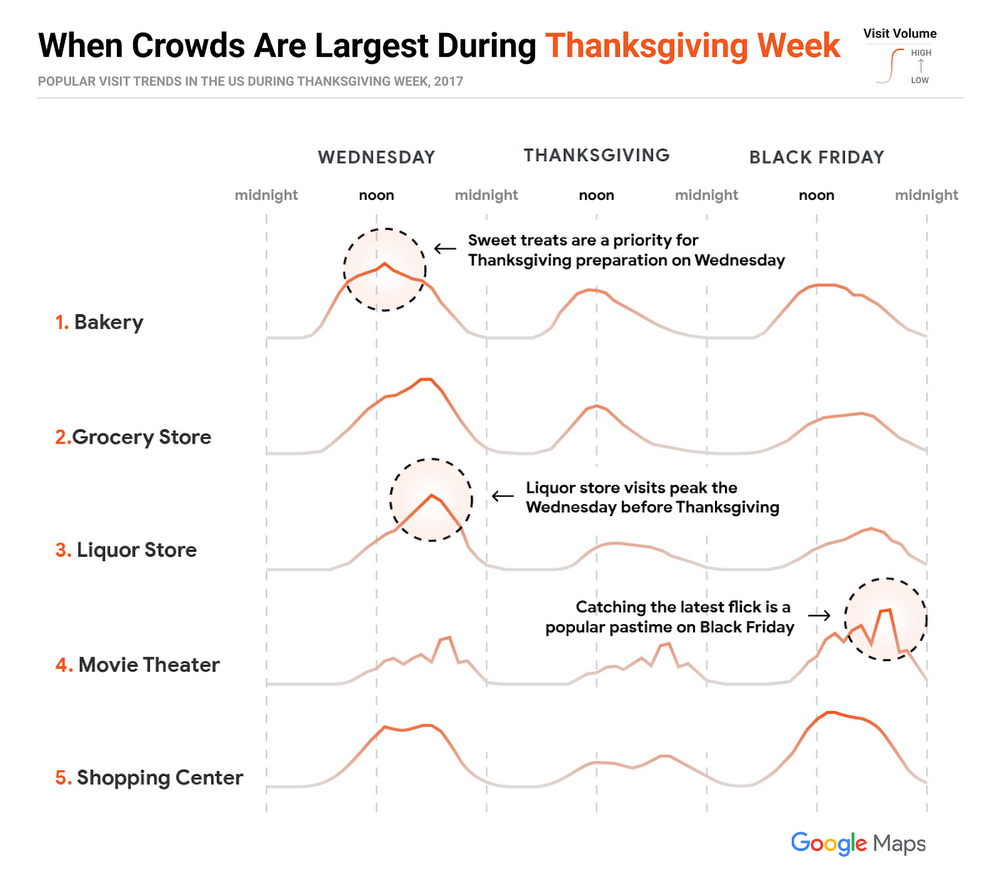 If you just remembered that Aunt Margaret had asked you to bring some avocados or realized that you’re running out of gas, don’t worry. Simply search along your route on Google Maps and find the nearest place you’re looking for without taking a massive detour. 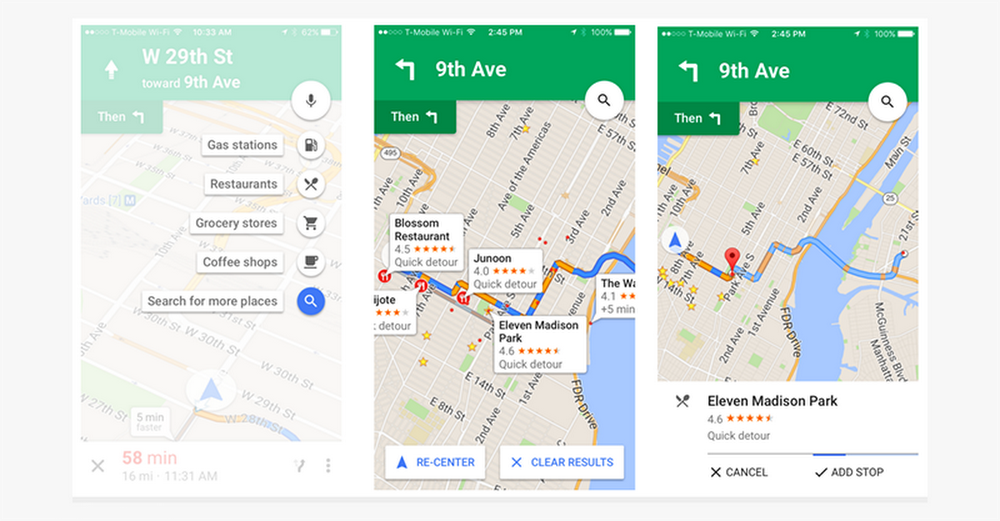 There’s no fun in keeping the family guessing. In its latest update, Google Maps has made its journey sharing feature even better, so you can let the fam know what time you’ll be arriving without needing to make a call or send a text. Simply tap on the ˄ button once you have started the navigation and click ‘Share trip progress.’ You will not only be able to provide your live location to your loved ones, your route information and ETA will also be shared.

If you found the post interesting, head on to this interactive site put together by Google Maps for more insights on Thanksgiving traffic and search trends in your state.