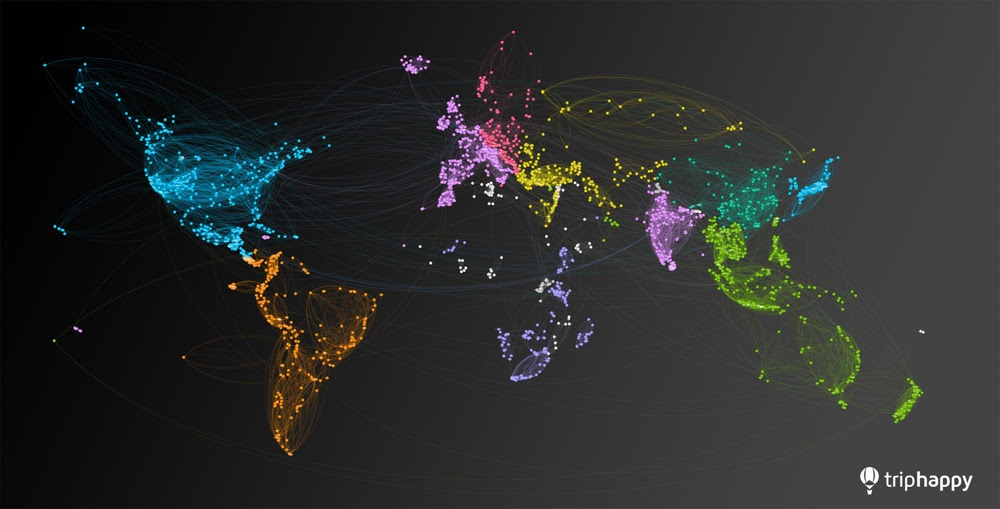 TripHappy, a trip planning startup created an interesting map that visualizes all travel itineraries made by its users in the past two years (over 17,000 itineraries in 184 countries). The map was created using just the travel points, without any land, sea or geographic borders.

The main visuals were made using Gephi, a free and open-source software for data visualization. The countries have been color-coded based on the popularity of a given connection (all countries of the same color have trips that go between each other more often than other countries).

The overall effect is really interesting but it starts to be even more surprising once you look at the high-res version of the map. You will notice that each and every dot has a city label, which is not particularly useful but it let you discover more details of the dataset.

The overall user experience is far from being perfect and the cartographic aspects of the project have many shortcomings but it’s still a lot of fun trying to guess the countries and airports as well as discover travel inequalities around the world. 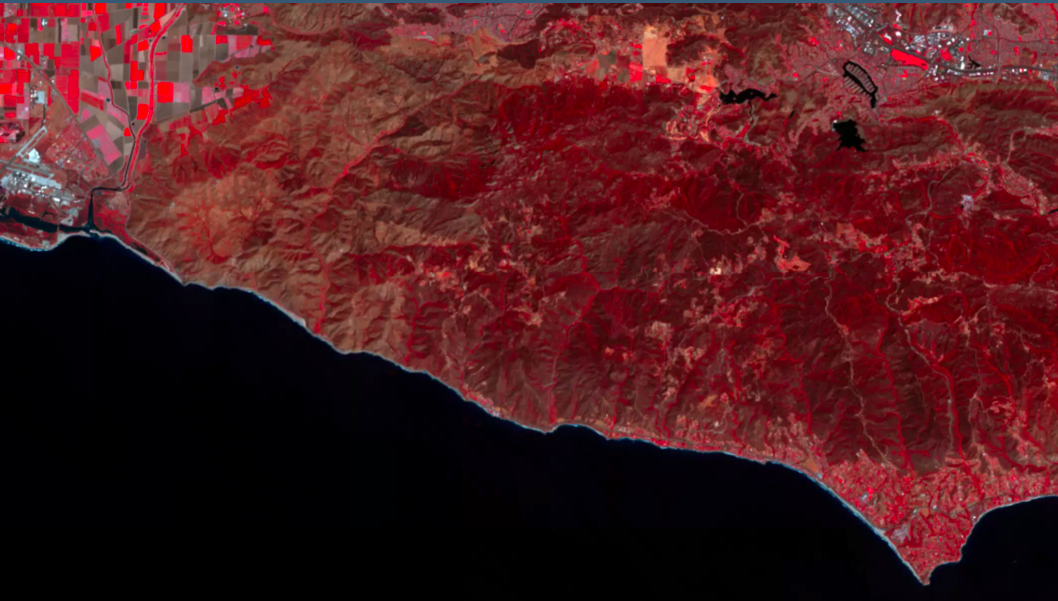 For many, many years, you could count on your fingertips the number of operators providing global earth observation services. At present, the satellite imagery market seems almost crowded with tech startups funded by venture capitalists jostling for space alongside traditional aerospace players.

Launching a satellite today costs only a fraction of what it used to, thanks to private companies like SpaceX and inexpensive launch specialists like the Indian Space Research Organization (ISRO). The payloads have also shrunk with small spacecraft outnumbering the typical bus-sized satellites dotting our skies.

These nanosats, often no bigger than the size of a shoebox, do not offer the incredible resolution provided by industry leaders like DigitalGlobe. Except what they lack in pixels, they make for in terms of ROI and reach – usually revisiting a location multiple times in a day. In fact, San Francisco-based Planet images the entire planet every day – a feat no other private company has been able to achieve till date.

Predictably, we are amassing imagery data at a freakish pace today. But without swift and intelligent analysis of the same, this imagery would mean no more than a bunch of pretty pictures. So now we have highly-specialized companies like Descartes Labs and Orbital Insight taking on this missing link, digging through a wealth of data to extract insights which we didn’t even know existed.

And this is exactly where the real metamorphosis of the industry has emerged from. Advancements in machine learning and computer vision have democratized satellite data, allowing us to understand our planet, and the changes it is going through, in a much greater detail, at a much quicker pace.

Now, a startup called Astro Digital wants to put the entire system of earth observation on steroids by doing everything from offering imagery through its own constellation of satellites to providing ultra-fast, on-demand imagery processing. Based at the NASA Ames Research Center in California, this new kid on the block has got the brains as well as the brawn. Let’s talk about the brains first. What Astro Digital wants to do is offer on-demand satellite imagery processing in such a quick and convenient manner that any business is able to make space a part of its strategy. Company co-founder and head of product Bronwyn Agrios is convinced that the next frontier for space is software. “No one will be buying imagery anymore. Instead, they will buy satellite data as a subscription service,” she insists.

To begin with, the company will be focusing on the low-hanging fruit called agricultural monitoring and give farmers actionable information like plant health and growth. But the larger goal is to provide services in the fields of disaster management, forestry, urban development, and business intelligence as well.

Astro Digital is using a highly-usable Web interface with lightning-fast imagery browsing to differentiate itself from the competition. Their algorithms are trained to factor contextual parameters like weather while detecting any changes. And subscribers can even opt to get real-time alerts when new satellite imagery is collected over an area they are interested in monitoring.

So, it wasn’t very surprising that when the company launched its analytics platform to the public two years ago, it received over 1,000 orders from 281 unique users within 24 hours.

Right now, the platform uses data from the USGS’ Landsat satellites and ESA’s constellation of Sentinel spacecraft. But when you want to offer a fresh analysis on a daily basis, you really can’t guarantee a constant supply of data without having your own sensor network in place. 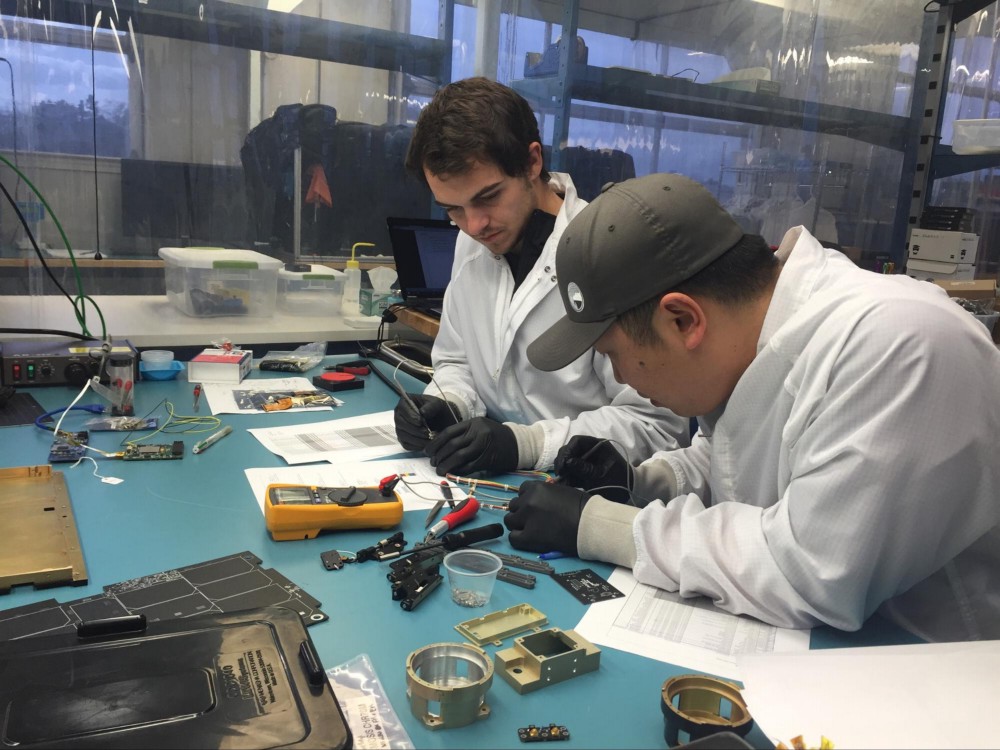 So earlier this month, Astro Digital displayed its brawn by sending into space the first two satellites of its Landmapper constellation. This launch aimed at demonstrating the company’s complete system — from imaging through downlink, processing, analysis, and distribution. Now, the downlink is another area where the startup is pushing the limits to facilitate large scale change monitoring.

To better handle the expected daily inflow of 10TB of data coming down from space at a rate of 1 Gigabit/sec, Astro Digital is operating in the Ka-band spectrum. All other commercial smallsat companies operate in the X-band spectrum, which, naturally, is becoming congested. So here also, Astro Digital has worked out a business model that acts like a subscription, enabling maximum data to be downloaded at an optimal cost — which is in line with the company’s strategy to make space attractive to commercial customers.

How far will it succeed in its mission remains to be seen, but by keeping overall costs down and creating highly accessible products using its own constellation of satellites, Astro Digital is quietly doing its part to revolutionize the EO industry.